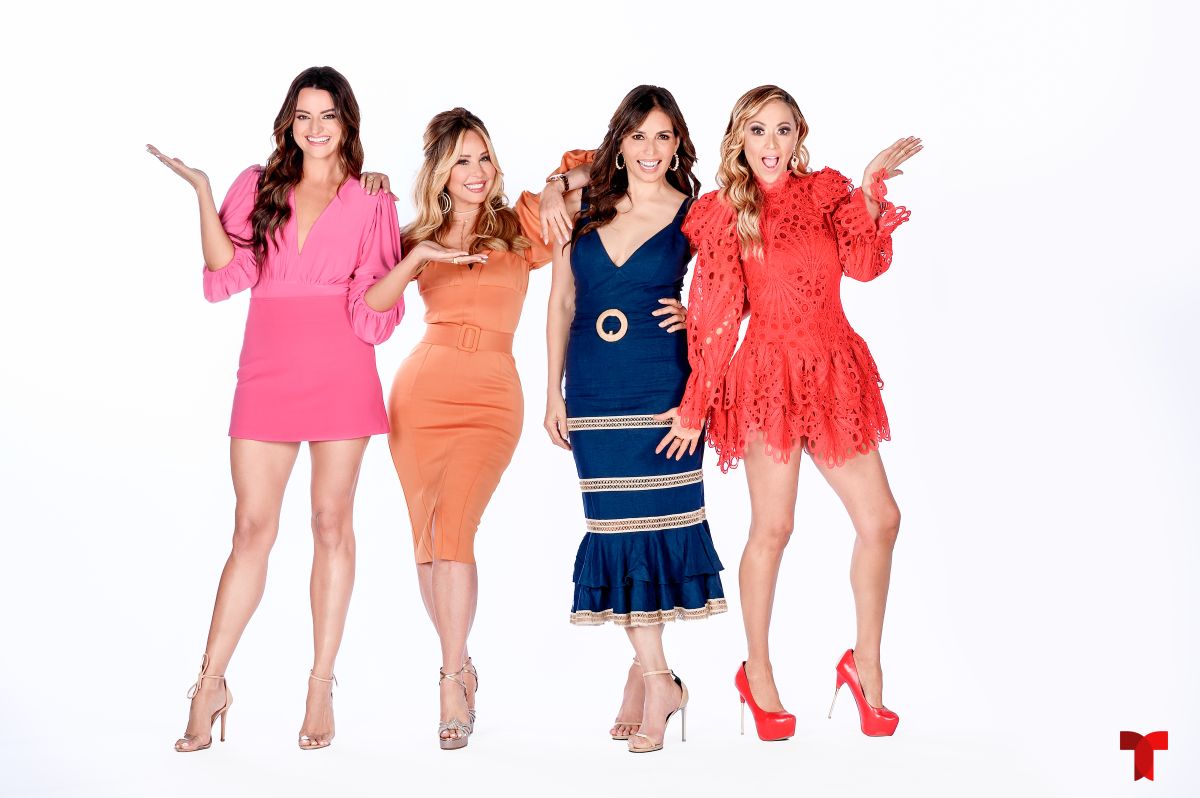 Four empowered women with diverse opinions arrive at Telemundo afternoons in “The Hot Table”, the new entertainment program on Hispanic TV that premieres on Monday, March 7 at 3pm/2c. Myrka Dellanos, Giselle Blondet, veronica bastos and Alix Asper will take the reins of this original format that will air Monday through Friday to present a variety of current issues, and the hottest and most controversial real-life events affecting the nation’s Latino community.

“La Mesa Caliente will be a space that will offer our audience the events of each day from a much more personal and organic perspective with four extraordinary women who represent different cultures, points of view and generations”, said Ronald Day, President of Entertainment and Content of Telemundo. “With the premiere of this new format, our afternoon programming will feature a complete and continuous schedule of original programming that will cover a wide variety of news topics with the favorite characters and celebrities of the Latino community.”

Winner of two Emmy Awards, Myrka Dellanos is a renowned author, radio host, journalist, businesswoman and television presenter, in addition to being one of the iconic figures of Hispanic television in the United States since she co-hosted “Primer Impacto.” Dellanos has hosted Hispanic Heritage Month celebrations at the White House in Washington DC, specials such as the red carpets for the “Lo Nuestro” awards, as well as being a special guest on shows like “The View,” as well as a freelance reporter for the international news network CNN. In 2011, she hosted two radio shows on Genesis Radio and is currently the host of Hope Media Group’s “Buenos Días Familia” morning radio show in Houston, Texas. Born in Pennsylvania of Cuban descent, Dellanos has been a spokesperson for important causes such as Save The Children and I am Second, two entities in charge of the welfare of children and adults in vulnerable situations.

Renowned presenter, actress, author and businesswoman, Giselle Blondet He is one of the most iconic figures on Hispanic television in the United States. She began her artistic career in her teens in her native Puerto Rico in plays and with telenovelas produced and broadcast on the local Telemundo station WKAQ. She continued in the world of telenovelas with successful productions in Venezuela, Argentina and other Latin American countries. Later, she joined Hispanic television in the United States from the start of the morning program “Despierta América”. Since then, Blondet has hosted successful television shows and competitions including numerous editions of Univision’s “Nuestra Belleza Latina” and Telemundo’s “Gran Hermano”. In addition to her television work, Blondet was the author of the bestseller I’m 50… So What! and Con los Pies en la Tierra, in addition to launching a line of jewelry and bedding.

With a successful career in the media, veronica bastos He has been a familiar face on Hispanic TV in the United States and Mexico. For more than two decades, she has hosted major entertainment news programs, red carpets and specials. Bastos, who was recently co-host of “La Casa de los Famosos Sin Censura” and collaborates with the program “En Casa con Telemundo”, is characterized by saying “things as they are” speaking properly about the artists. Bastos has been awarded the Palmas de Oro award for Best Journalist and Host in Mexico and her footprints are reflected in the famous Paseo de las Estrellas in Mexico.

Emmy Award Winner, Alix Asper She began her career at Telemundo managing the social networks of “Noticias Telemundo” and “Al Rojo Vivo”, where she was also producer and presenter of the segment “Famosos En La Red”. Aspe was the creator of content for the networks of the morning program “Un Nuevo Día”, in addition to collaborating in the coverage of the Rio 2016 Olympic Games, the FIFA World Cup in Russia, and recently the broadcast of the Miss Universe pageant from Israel. The talented young woman born in Mexico City created the digital series “As Seen On IG” that was placed as one of the most viewed on Telemundo’s Instagram account. In 2020, she joined the hosting team for LatinX Now and later “En Casa con Telemundo.”