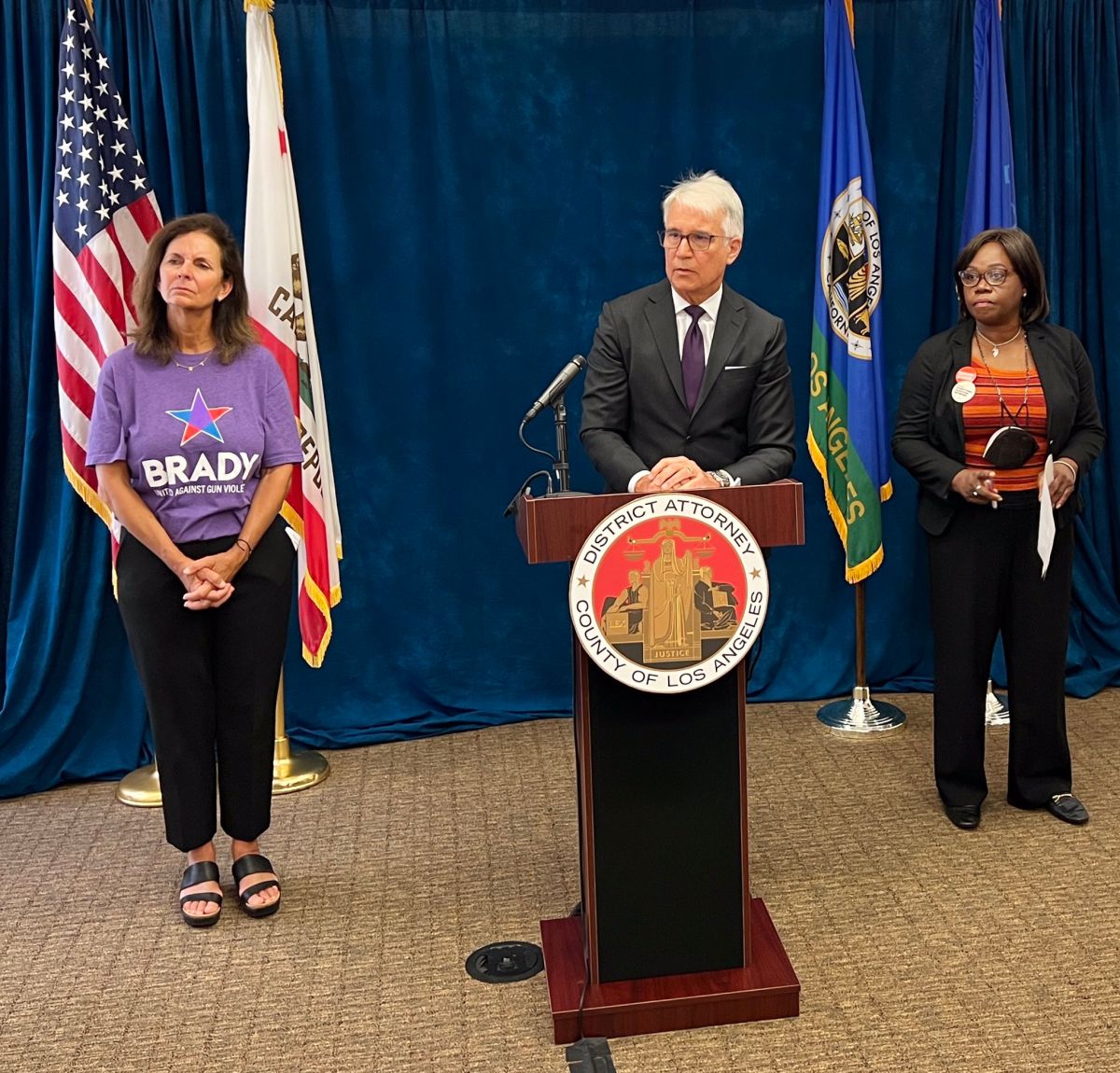 In response to the mass shootings that occurred over the weekend in Milwaukee, Buffalo, New York and Orange County, Los Angeles County District Attorney George Gascón said his office is prepared to help those affected. in these tragic events.

He explained that although the hope is that another mass shooting will never happen again, his office has created teams that respond to cases where there are many victims at the same time, such as in a mass shooting or other event that causes many deaths.

“These teams are ready to be sent to provide assistance in times of crisis, connect with people who can help with mental health issues and other medical and economic needs, and also to provide help from the state,” said Gascón. “Our employees in this unit are trained to work with trauma situations and know what they need to do to help communities.”

The prosecutor asserted that prayers and good thoughts are no longer enough, nor have they ever been, what is needed is action to face these tragedies on different fronts.

He indicated that policies need to be implemented to address the uncontrolled problem of the sale of firearms. Investment in communities is needed to address issues of poverty, homelessness, and lack of economic opportunity; as well as more investment in programs that stop or reduce violence such as school programs, job creation, and programs to interrupt violence.

For this reason, his office has created the Community Violence Reduction program, with lawyers, prosecutors and members of the security system to work directly in communities affected by violence and poverty; the goal is to build trust and relationships that can reduce crime in those areas. This unit is working to anticipate the conflict and stop it before the violence begins.

“We are expanding this process to include people from the public health department and others who can interrupt the violence,” he said.

Trying to stop the sale of illegal firearms

Gascón said that his office is working hard to control the excessive use of firearms and is doing everything possible to stop the number of weapons on the street, mainly ghost weapons that do not have any type of identification and can be purchased ( by pieces) easily on social networks. Once received, these weapons are easy to assemble, but when used irresponsibly, they cause a lot of suffering to the community.

“The Los Angeles police have only reported a 400% increase in the use of ghost weapons since 2017, that number is very similar to what we have seen with other police agencies,” said Gascón. “In partnership with law enforcement and community members, we are asking credit card companies like Visa, MasterCard and American Express to stop processing payments for the purchase of these firearms. That they do what they have to do to help the community and that they have a responsible response to avoid suffering and the causes of so much death.”

The professor and historian at Pomona College in Claremont, Miguel Tinker Salas, said that it is not surprising that the Covid-19 pandemic has exacerbated the problem that occurs with the use of weapons in the country. He recalled how immediately the long lines began to be seen buying firearms once the pandemic and the changes in society began.

However, he assured that weapons do not bring more security, but studies have shown that they increase the possibility of more external and internal violence in the family, particularly when children find weapons.

Salas explained that it is incredible that the second amendment to the constitution has been taken as an excuse to allow people to continue arming themselves, when the meaning of the document was very different when it was initially written.

“The weapon was an arquebus that fired a bullet every 20 minutes. It is not the caliber and force that a weapon has today. I think it is absurd to think that at a given moment [una medida] of the 19th or 18th century can be applied today”, explained Salas.

Looking to stop the hate

Gascón indicated that currently many leaders in the United States have ignored public security, they have allowed the sale of high caliber military weapons to young people.

“They commonly offer solutions to lock up mentally challenged people, homeless people and others as if that is the solution to the problem,” the prosecutor said.

He added that the man who caused the killings in Buffalo was specifically motivated by racism and hate. And it is not surprising that racism and hate have increased in the country with politicians and commentators who want to spread these messages using racist rhetoric against Latinos, African Americans, Jews, the LGBTQ community, Asians and others in order to appeal to their base and win elections.

“That has to stop, the violence that we see in our communities is a public health problem,” said Gascón. “And we continue to see many leaders use this for political gain.”

On the other hand, Salas added that unfortunately in a country like the United States, which is the leader of the world, you often see hateful massacres and the destruction of communities with the use of weapons.

“While many politicians continue to use hatred as a political weapon, we will see many more cases of violence,” said the professor.

Meanwhile, tributes continue for Dr. John Cheng, 52, who died Sunday afternoon when he apprehended a gunman inside a Presbyterian Church in Laguna Woods, Orange County, who was attempting to commit a mass shooting. .

Cheng fought to disarm him, sacrificing himself while saving the lives of the attacked Taiwanese congregation.

“His heroism saved so many people not just at that church but throughout his career,” organizers wrote on a GoFundMe fundraising page. “Dr. Cheng was the sole provider in the home for his two high school children and his wife. They are heartbroken and reeling from the loss of his father. As his colleagues, family and community, we want to honor his life by supporting his family during this difficult time.”

Cheng had accompanied his mother to church and they were having lunch celebrating the return of their former pastor.

The killer, identified as David Wenwei Chou, 68, of Las Vegas, was charged Tuesday with murder, five counts of attempted murder and four counts of possession of an explosive device.

Orange County District Attorney Todd Spitzer said he believes Chou intended to kill everyone in the church and then set the building on fire.