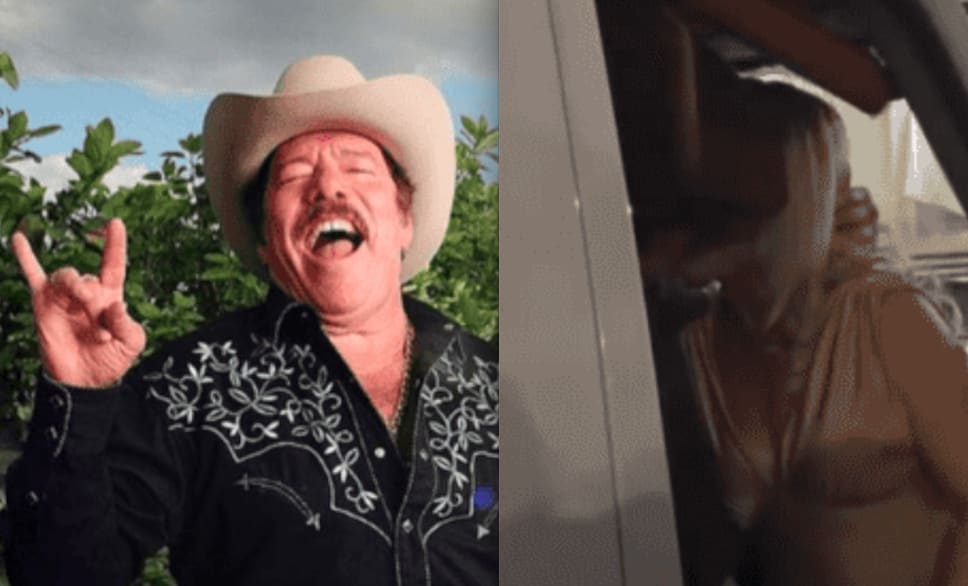 “I am a man and I like women”: The Mexican singer of regional music, Lalo Mora, surprised on social networks after breaking the silence and responds to the criticism he received last July for kissing and groping his fans in front of everyone in the middle of the COVID-19 pandemic.

It was at the end of July when the singer from Nuevo León, Lalo Mora was seen kissing and groping his fans in the city of Aguascalientes, after the 74-year-old singer had performed in concert on Saturday, July 17, and what could have been a fan-artist encounter turned into a kissing and fondling scene.

After this video, which began to circulate on all social networks, many Internet users began to attack the singer arguing that in addition to kissing them, he also touched them, without forgetting that they blamed him that we were still in a COVID-19 pandemic, disease that by the way he had given him last year:

“Well, what did you learn? Wasn’t he dying of COVID? Anyway, after he doesn’t complain, and the girls, if they don’t give in to respect them, then they go around with their demands, he touched me, he kissed me, I didn’t want to, please “,” Old green tail “, “But they well left”, were one of the many comments that could be read at that time.

Days after this event, the magazine program of the Telemundo network, Today He published a video on his social networks where he looked like the Mexican interpreter, Lalo Mora, broke the silence and responded to the harsh criticism he received after his scandal for kissing and touching his fans.

Where he admitted that he had always liked women and that “a kiss” was not rare, also arguing that despite the criticism he received, he does not regret having done it and that much less did he know that he was “in the eye. Hurricane ”for this, causing a great commotion in many followers.

After this wave of criticism that the 74-year-old singer received, Lalo Mora came out ‘in his defense’ and broke the silence regarding this situation, where he argued that he liked women and that “there was nothing wrong with them. give a kiss ”, as he commented in a meeting he had with the press:

“I am a man and I like women,” began the singer. “I have always liked them, if my girls hadn’t been born, we all like ladies, and we want to give them a little kiss, what’s wrong with that? And how strange is it? ”, He confessed with a hint of humor in his words.

Given this, where Lalo Mora responds to the criticism he received after being seen kissing and touching his fans, the program’s hosts Today They react and argue that these facts and this response from the singer is quite debatable:

The host Nacho Lozano commented the following: “It is very debatable, because you have to accept something, he is in a situation of power, he is the famous one, he even illustrates it very well on the scene, he instead, how these arrive women, it seems so, however, we have seen so many abuses, however, in this case nothing like this has been presented and the women who received a kiss have not said anything about it ”. YOU CAN SEE THE VIDEO HERE

As mentioned in previous lines, it was on July 21 when the news was released that the singer Lalo Mora had been caught kissing and groping his fans at the end of a concert he gave in the nightclub “Eight seconds ” in the city of Aguascalientes, this was announced by the portal INFOBAE.

In this video it was possible to observe the singer Lalo Mora on top of a truck, while he was surrounded by a group of fans, who euphorically waited to meet the 74-year-old interpreter, and what seemed like a meeting between fan and artist, became kisses between them. Filed Under: After being criticized for kissing his fans in the middle of the pandemic, Lalo Mora breaks the silence and responds to criticism.

They discover him kissing his fans

In the video, which was shared by the account of @ chicapicosa2, you can see how Lalo Mora was already with a blonde and young woman, who after smiling at her, the singer took her by the neck and they began to kiss, that is how they lasted for several seconds, maintaining a great physical contact between them, to such a degree that users indicated that the singer “groped” his followers.

Later, another fan also very euphoric arrived and as with the previous girl, she kisses him, but this time a little shorter, later distributing more kisses on the singer’s cheek, this fact caused great annoyance among users, due to that we were going through a pandemic. Filed Under: After being criticized for kissing his fans in the midst of a pandemic, Lalo Mora breaks the silence and responds to criticism

“In his concert there was no healthy distance”

The portal INFOBAE He also reported that, in addition to the women who approached him wore face masks, during his presentation, some locals have expressed that inside the enclosure the public did not have a healthy distance, much less face masks, in addition to the fact that the ventilation was too scarce due to the fact that it was a closed place.

It is also reported that the state of Aguascalientes was, at that time, within the state indicator for the COVID-19 pandemic, which is at a risk of degree two, which leads to this type of events being referred to as easy that contagions can happen in this city. Filed Under: After being criticized for kissing his fans in the midst of a pandemic, Lalo Mora breaks the silence and responds to criticism

Lalo Mora months before he was torn between life and death due to COVID-19, now he offered shows without healthy distance and kisses fans

It was not long ago when the singer Lalo Mora was debating between life and death after catching COVID-19 in August 2020, a disease that severely attacked him and even led him to be intubated in the hospital, to such a degree that her family was quite happy about her recovery:

“Blessed God, this is excellent news we have. He has awakened from sedation and was extubated. He is already recovering ”, expressed at that time Esmeralda Mora, the singer’s daughter, however this background did not seem to matter to the singer. King of a thousand crowns, Well, home a year of that I do not hesitate to kiss his fans. Filed Under: After being criticized for kissing his fans in the midst of a pandemic, Lalo Mora breaks the silence and responds to criticism

“We are in a pandemic and they don’t care”

Followers came to the video of Lalo Mora, where they began to criticize the singer for kissing and groping his fans despite the fact that we are currently going through a pandemic due to COVID-19; “It can be laughed at, but seriously, they are risking too much, both the fans and Mr. Lalo Mora. We are in a pandemic and we have not understood it ”.

“Curmudgeonly old man, he doesn’t learn, not even because he was seriously ill in the hospital”, “He always kisses his fans and the hot old man treats them to them”, “I don’t know how they lend themselves to that”, “Longhand old man, but the women who are well delighted with life, after a while they are giving interviews that they were harassed ”. Filed Under: After being criticized for kissing his fans in the middle of the pandemic, Lalo Mora breaks the silence and responds to criticism. YOU CAN SEE THE VIDEO HERE

Lalo Mora returns to the hospital

Before having responded to the criticism she received for kissing her fans, it was last September 2020 when journalist Nelssie Carrillo, through her Instagram account, released this information that worried fans of ‘El rey de thousand crowns’: “The musician Lalo Mora has been admitted to the hospital again, just two weeks after being discharged after catching the coronavirus.”

Also, here it is clarified that the singer was out of danger and that his condition is not related to his previous health problem, because now his problem is that he suffers from an intestinal ulcer: “Lalo Mora is hospitalized, but everything is fine In fact, I just spoke to him half an hour ago and he listens very well ”. Filed Under: After being criticized for kissing his fans in the middle of the pandemic, Lalo Mora breaks the silence and responds to criticism