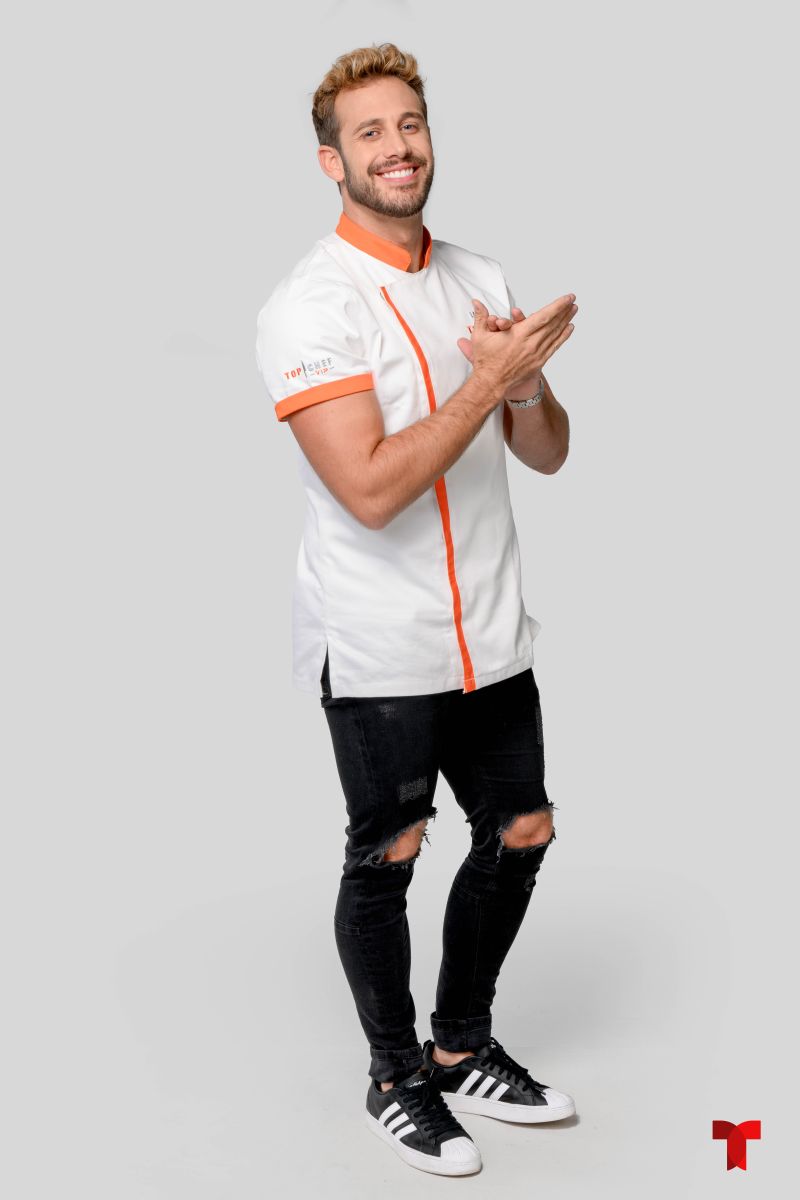 Lambda García is the winner of Top Chef VIP. The $100 thousand now belongs to this charismatic actor, host, and now-chef of Telemundo’s most successful cooking reality show. As the first season of this project has ended, we talked with Garcia, who says he feels very happy to have been part of this project from beginning to end with a smile on his face.

Lambda is very honest when he tells us that he does not know how he feels now that he is the winner of this competition. Of course, he says this while a big smile is drawn on his face. “I think I fell asleep with a smile on my face,” says Garcia, who laughingly says that even the muscles in his face hurt from so much happiness.

“I’m out of my mind,” he also says, and the fact is that after winning Top Chef VIP, sleeping was not so easy, especially because, as he said: “I woke up at three in the morning to check my cell phone.” Lambda wanted to answer and show gratitude and affection because, at the end of this project, the word that sums up her current feelings is: gratitude.

In this competition, anyone could have won, probably yes, because of the public’s affection since they rewarded them daily with their tuning.

But talent and gift are something that is judged separately. In this show, from day one, both the celebrities who participated in the competition and the judges celebrated the preparations and creations of the winner Lambda García and those of the actors Gregorio Pernía, Mauricio Islas, and Horacio Pancheri. However, beyond any praise, all of them always recognized Lambda’s great talent and saw him in the grand finale, without a doubt.

From day one, this “promotion” of celebrities chosen to make up the first season of Top Chef VIP was considered a “dream team” about this, we also talked to Lambda, as we wanted to know if everything was as idyllic as it looked from the outside, and this is what she told us:

“This is a reality show, and we had 21 cameras, and we lived together 24/7… what they saw is what it is, as it is. And they saw me being a person who made jokes, danced, sang, and then cried. If you go with a mask or a character, it doesn’t last no matter how much you want to keep it.” “It was a dream team all around,” the Top Chef VIP winner stressed.

Lambda stresses that the magic of this competition was to be different because she is aware that the world is filled with a lot of stress, hate, negativity, and disrespect, all of which were not present in this Telemundo cooking competition. Lambda’s intention in this reality show was to demonstrate: “That the good ones are more and that the good ones can make the world change at some point.”

Lambda García experienced both sides of the coin.

The winner of Top Chef VIP was, at the time, the sixth eliminated from the competition. The renowned actor knows firsthand the meaning of the word defeat, but his positive and open attitude allowed him to accept the playoff -the second chance- offered by Telemundo’s production.

Thus, Lambda returned and put all his talent and passion in the kitchen to be able to come back, and he succeeded. He came back through the big door and made it to the finals, crowning himself as the first season’s winner. All his teammates celebrated his victory. They all applauded, cried with happiness, and hugged the deserved winner.

“What do you think, they eliminated me, but I won,” Garcia says with a chuckle. “The only sure thing we have is that we are all going to leave at some point in our lives… but if we are not happy, what are we going to do…” reflects the actor. He also stresses that the good attitude allowed him to realize that the defeat, his elimination from the competition, was not the worst thing that could have happened to him because this departure cannot be compared to losing his life.

He remembers entering the kitchen and being received so well by his colleagues that he simply said to himself: “I trust me,” and that’s how he returned to the show, and the rest is history.

The second season of Top Chef VIP is confirmed.

In the grand finale, minutes before the champion was announced, Carmen Villalobos confirmed to the public that the second season of Top Chef VIP was coming. Lambda was pleased with the news and happy to have been part of the first season and the first winner of this great project.

After being involved in this reality show, the Mexican says he would recommend this project to any of his famous friends because, for the 16 participants of this first generation, the experience was magical and unique.

About his next projects, Lambda tells us that, for the moment, everything will be on hold for him because he is going on vacation with all his family. For now, this is the only thing he can think about. So if you thought you saw him opening his first restaurant, just know that this will not happen overnight. It’s in his plans but not immediate.

“We’re going to be traveling all over the place, I want to spend October traveling, and I’m going crazy with that… I will be very quiet and wait to see what happens.”