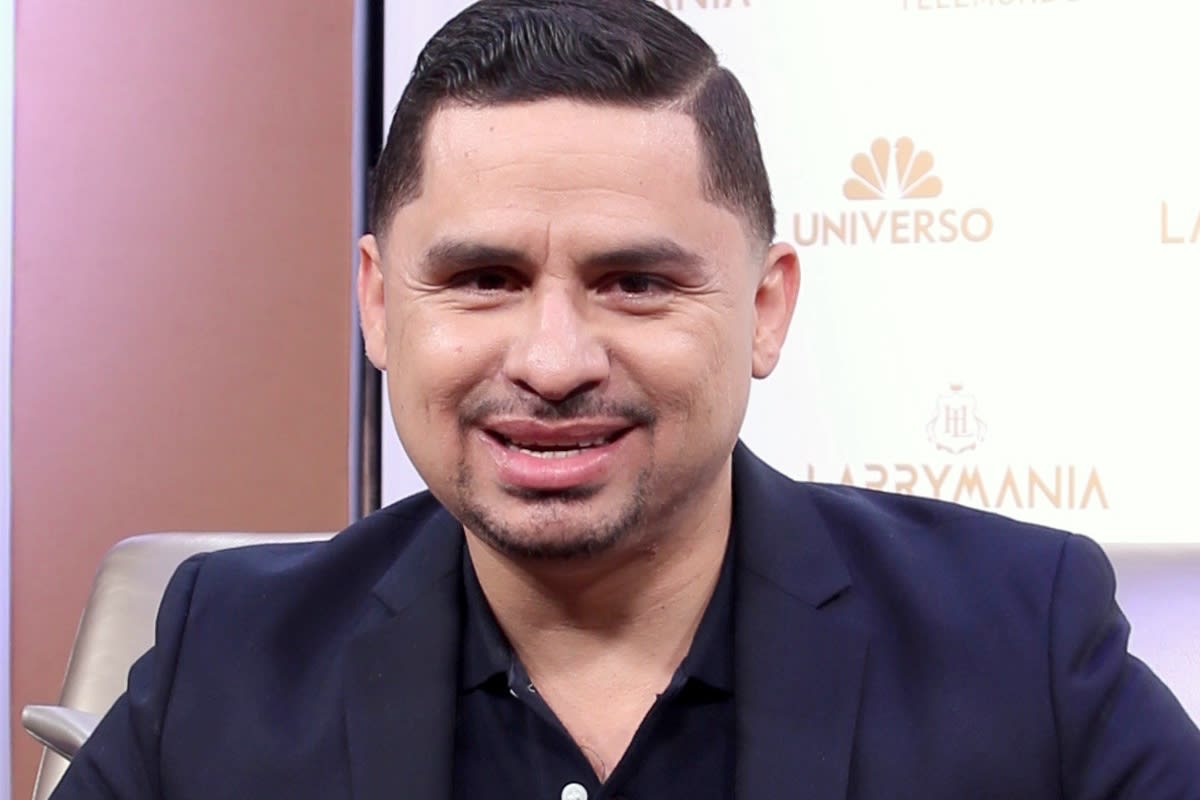 Regional music singer Larry Hernández said that he is improving after several days of being sick with COVID-19 through his Instagram account, but he also spoke with presenter Pepe Garza through WhatsApp about his current health situation, after that he alarmed his fans with an unfavorable prognosis through his social networks, where he even asked for prayers for him and his family.

It was last August 5 when it was announced that the singer Larry Hernández and his wife, Kenia Ontiveros, along with their children had tested positive for the coronavirus, turning on the alerts of relatives and close friends of the artists, as the singer argued through his social networks that he was not well.

After these hours of uncertainty, where he commented on how difficult it had been for him, on August 6 Larry Hernández commented that he was already much better, thanking all his followers and fans for the prayers they offered him. Through his Instagram account, the singer wrote the following, accompanied by a short video lasting two minutes.

At the bottom of the video, Larry wrote the following: “Thank you all for the beautiful messages, and thank you for praying, I thank you in my soul, today I woke up better without using the oxygen tank, let’s go step by step friends and I just want to say thank you, thank you, thank you, “said the singer.

Larry Hernández talks about his health after testing positive for coronavirus

On the other hand and before announcing that his health was already much better, through the social networks of the driver and journalist Javier Ceriani it was announced that Larry Hernández had talked with the businessman and record producer Pepe Garza, where he declared how your health was at that time.

At the bottom of the video, you can see a little of the conversation between these artists, where Larry commented on the situation he was currently going through after testing positive for coronavirus a few days ago with his family: “Exclusively # LarryHernández spoke with # PepeGarza about how he is currently, after he reported on his social networks the complicated situation he has gone through ”, it was possible to read.

Thank God I woke up very well: Larry Hernández talks about his health after testing positive for COVID-19

Later, it is possible to read what Larry Hernández said exclusively for Pepe Garza, commenting on his current state of health: “They left me 93 my oxygenation, when they arrived (the medical personnel who are taking care of the singer) it was 82” commented the interpreter.

Despite the panorama that was observed in his social networks, where Larry Hernández asked for prayers for him, the next time he commented that thanks to God he was already much better than before, however it was difficult for him to speak: “I cannot speak because I need to rest your lungs for your recovery, but my pepe THANKS TO GOD I woke up much better ”.

It’s not normal, but my lungs are fine: Larry Hernández comments regarding his current health status after testing positive for COVID-19

And it is that after commenting that the infections happened in a staggered way as of July 23, and fortunately his whole family was already much better, Larry Hernández had said that he was not very well, however, in this recent talk that he had with Pepe Garza, things seem to be improving.

And it is that after sharing a photograph where you could see the oximeter on, which marked 94 oxygenation, which according to the words of the doctors was not normal: “I have 94 right now,” said the singer, “it is not still normal, but in the range of how my lungs are damaged it is fine for now, with the favor of God it will go up ”. YOU CAN SEE LARRY’S VIDEO COMMENTING THAT IT WAS BETTER HERE

Before Larry Hernández had a talk with Pepe Garza, where he commented on his current state of health after testing positive for COVID-19, on his social networks, mainly through his Instagram stories, the regional music singer commented that he was not in very good health at the time.

And it is that after several speculations, the singer declared that he was infected with his family, however, they were already a little better, but he was the one who was having a very bad time, commenting that his lungs were very bad due to this, alerting his thousands of followers.

Before talking about his health after testing positive for COVID-19, Larry Hernández asked for prayers through his social networks

Through a series of stories published on August 5, Larry Hernández commented on how he was going at that time, arguing that his health was not very good: “I am not well family, I only ask you to pray for me. Health. I don’t want them to see me in this situation, that’s why I wanted to reserve it, “he commented.

Later, the singer argued that his lungs were not very well at that time and that he could not hide it anymore: “Last night and all day today (August 5) has been very hard, my lungs are very bad”, confessed the interpreter and husband of Kenia Ontiveros.

Given these statements, where Larry Hernández spoke about his health at that time, he commented that he had not said it publicly because he did not want to worry his mother, but due to various news on social networks, the singer’s mother found out , caring even more for him:

“My mistress did not want to worry about what we just happened with my grandfather but unfortunately a gossip page published it and I could not stop this … I just told her and you can imagine how she is …”, he wrote in another of his stories on Instagram, which were published on Thursday, August 5.

Larry Hernández comments on how the contagion was between his family

And it is that, as commented in previous paragraphs, the contagion between his family began in a staggered way from July 23, commenting that his son Sebastián was the first to present the symptoms: “From July 23 he gave us COVID to all “, commented the singer for his followers.

“Sebastian my son, was the first to fall, then Kenya, the next day I and my daughter Daleyza, Olivia and Gary started,” declared Larry Hernández, talking about how his family little by little was contagious, and it is that despite that they were already well, the singer had not run with the same panorama.

“They are all fine, but I am very bad”: Larry Hernández commented on his state of health in the face of COVID-19

At that time, before he spoke with the producer Pepe Garza about his health after tests positive for coronavirus, the singer Larry Hernández commented a day before that he was not very well, but fortunately his family was already much better:

“They are all well now, thank God, but I am very bad, so I decided to ask for a prayer for my family and for me that I am the most bad”, after this, the interpreter showed a video where he I could see him in bed and connected to oxygen, causing concern among his fans.

You are receiving oxygenation due to the contagion of COVID

This video published by Larry Hernández and alarmed his followers shows the seriousness of the situation he was going through at that time after the contagion with coronavirus, since his feet can be seen from the bed (apparently from his house), but receiving help with oxygenation devices.

Finally, Larry Hernández asked his three million followers to please pray for him, and that he hoped to see everyone soon: “With the help of your prayers and God Almighty we will leave this family, I love you and see you soon” , He commented in his last story on social networks, fortunately this bad time passed, since after these days of uncertainty, the singer commented that he was already much better in health.