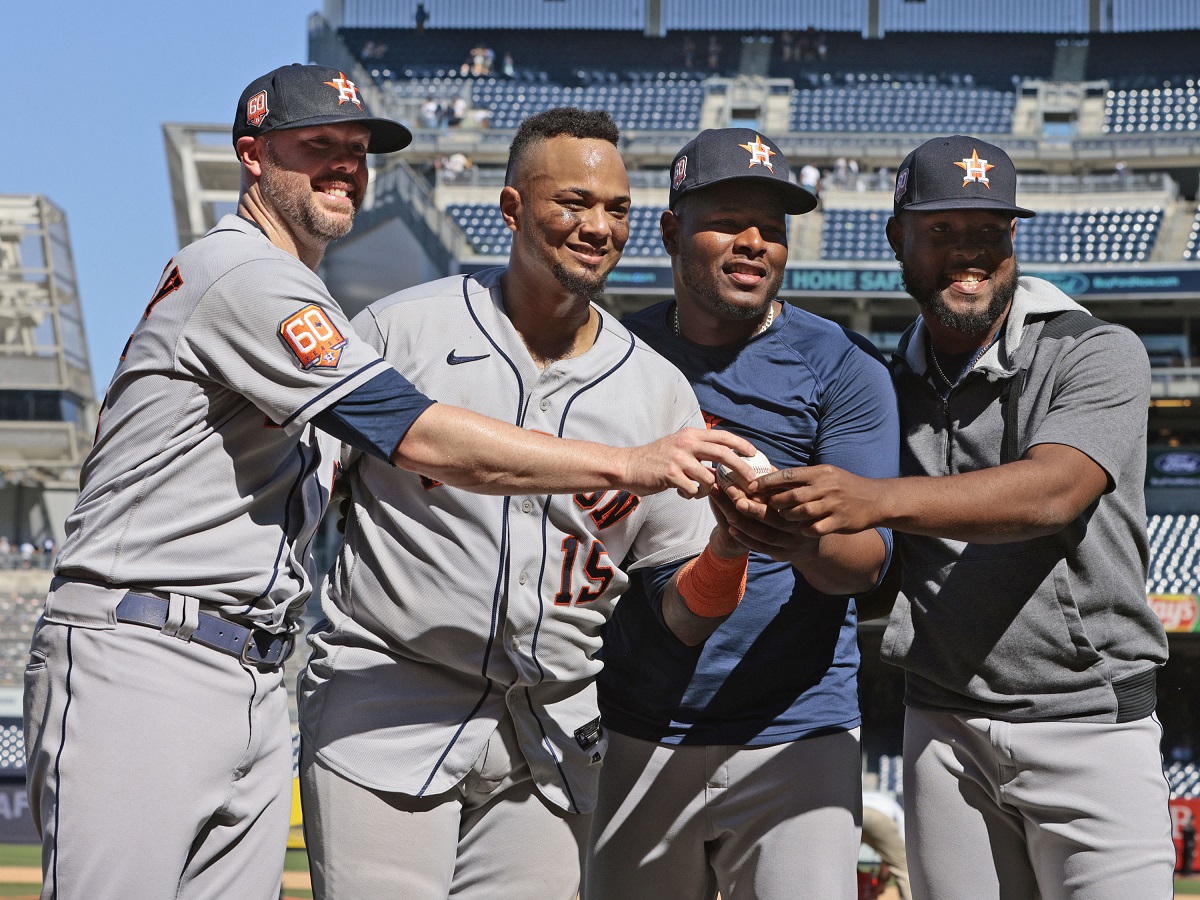 The half of the 2022 MLB season is about to come and three pitching feats have been performed or as it is known: game without hits or runs. Latin blood has been involved in these jewels of the art of throwing to complete them.

The first no-hitter of the year was released by the New York Mets on April 29 against the Philadelphia Phillies.. On that occasion, up to five pitchers were combined to complete an unforgettable Friday at Citi Field.

The second no-hitter was achieved by Reid Detmers, a rookie lefty for the Los Angeles Angels who was born in Nokomis, Illinois, United States. He gave it to the Tampa Bay Rays in his team’s 12-0 win. It was May 11.

The 22-year-old took the mound to complete a work of art with a fortune in the seventh inning. He threw 108 pitches in his 11th Major League start, striking out two and walking two opponents. The last out was a ground ball by Cuban Yandy Díaz to Andrew Velázquez, who assisted to remove it from circulation.

This Saturday, June 25, the third game without hits or runs was completed so far this year and two Dominican players pitched in the game. It was the Quisqueyans Cristian Javier and Héctor Neris that, supported by the closing of the American Ryan Pressly, left the New York Yankees blank at Yankee Stadium, with the Houston Astros.

3-0 was the final result of the game that Javier opened and completed seven innings of 13 strikeouts and one walk. Next came Neris, who got into trouble by giving away two walks, but then was able to resolve to pave the way for closer Pressly.

The closer had two strikeouts in the ninth inning and reached 15 saves this year for Houston.

You may also be interested in:
– Historic: Dominican Astros pitchers combine for a no-hit, no-run game against the New York Yankees
– MLB: Eight Latinos lead their position in voting for the All-Star Game
– Funny moment: an adorable squirrel invaded an MLB playing field and security couldn’t catch it [Video]