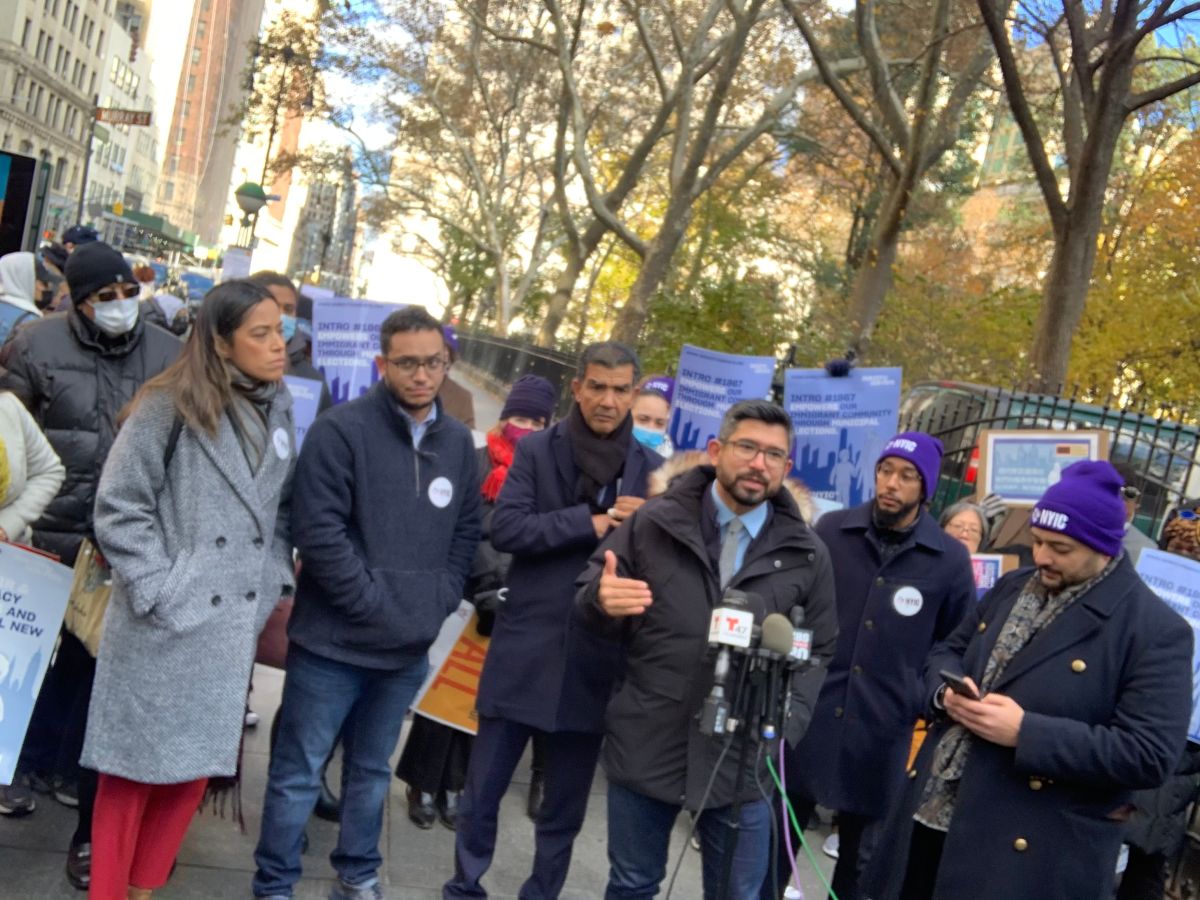 Since Eric Adams launched his campaign for the New York City Mayor’s Office, the Brooklyn politician gave his word that his government will be a faithful example of what the Big Apple is, and Latinos will have a leading role.

And is that the recent announcement that within the transition team, which includes more than 700 members, there are several latin voices and that he decided to promote an Immigration affairs committee, have been received as a hope that Adams will keep his word.

This was assured by the current President of the Immigration Committee of the Municipal Council Carlos Menchaca who despite not having supported the elected Mayor in the Democratic primaries, was called to be part of the transition team, a gesture that envisions that the next president will be guided by what officials can contribute to the reconstruction of the City and not by “Cronyisms”.

“I have hopes with Eric Adams. We still do not know exactly who will be a formal part of his government team, but I think there is hope and it is showing that it wants to include all kinds of voices from the city, and that is a positive step, “said the politician of Mexican origin.

Menchaca added: “Here the needs of the city will be shown, but also the hope is that the Mayor can elect groups of people who know how to handle all the agencies well, where Latinos and minorities feel represented. He owes us that. But I am optimistic and without a doubt it’s going to be better than De Blasio“.

Within the Immigration Committee, in addition to Menchaca’s leadership, there will be other recognized Latino voices such as the director of the organization ‘Make the Road NY’ (MRNY) Theo Oshiro, Leader Yesenia Mata and Former City Council President Melissa Mark-Viverito. Too Eddie Taveras, Jeannette Garcia-Alonzo, José Bayona, Luis Cruz and Manuel Castro.

Other members of this group who have been active in the immigration fight and the defense of immigrants in the Big Apple, are the director of the NYIC organization Murad Awawdeh, the former commissioner of the Mayor’s Office of Immigration Bitta Mostofi , Nicole Cata, Howard Shih, Annetta Seecharan, Darnell Benoit, Marwa Janini, and Robert Agymang.

But Latinos will not only be represented on the Immigration Committee, but were elected to integrate other relevant committees on issues that are considered a priority in the next government, where Adams himself has said that security and recovery after more than 20 months of the COVID pandemic, will guide the course of New York.

In Education, Safety and Health groups, other renowned local leaders were named such as Councilor Ydanis Rodríguez, the former president of the county of The Bronx ubén Díaz Jr., Congressman Adriano Espaillat, the analyst Luis Miranda, the director of the Latino Commission for AIDS Guillermo Chacón and Lorraine Cortés-Vázquez.

Regarding his inclusion in the transition team of the elected Mayor, Chacón assured that it will be the opportunity to put on the table the urgent needs that Latino and minority communities have in the five boroughs and was optimistic that Adams, of whom he said he has the vision to lead New York on a better path, it will listen to your complaints.

“We commend your goal of investing in a more inclusive and healthy New York City. I will contribute at all levels to the transition process and support Mayor-elect Adams and the next administration to achieve our common high-impact goals, ”said the founder of Hispanic Health Network.

Within the task force, which Adams described as people of “great minds and hardworking New Yorkers who will prepare” his administration for success, Latino surnames do not cease to resonate.

Ramón Tallaj, founder of the community organization SOMOS Community Care, will also be on the Health Committee.

Meanwhile, on the Education Committee, Cristina Meléndez, Director of Education (CEO) at Beyond Limits Consulting, LLC, Héctor Batista, Executive Vice Chancellor and COO of CUNY, and Lorraine Cortés-Vázquez, Commissioner of the Department of Older Adults of the City, they will do their bit.

“If we are to address the many challenges that we have before us as a city. Nonprofits and businesses must all be at the same table, working collaboratively, and that is exactly what this transition is doing, ”said the Mayor-elect, referring to his transition group.

The current president of the Municipal Council’s Transportation Committee, Ydanis Rodríguez, will be one of the leaders of the Infrastructure, Climate and Sustainability Committee, as well as Quemuel Arroyo, MTA’s director of accessibility.

Who are the members of the Adams Transition Team Immigration Committee?