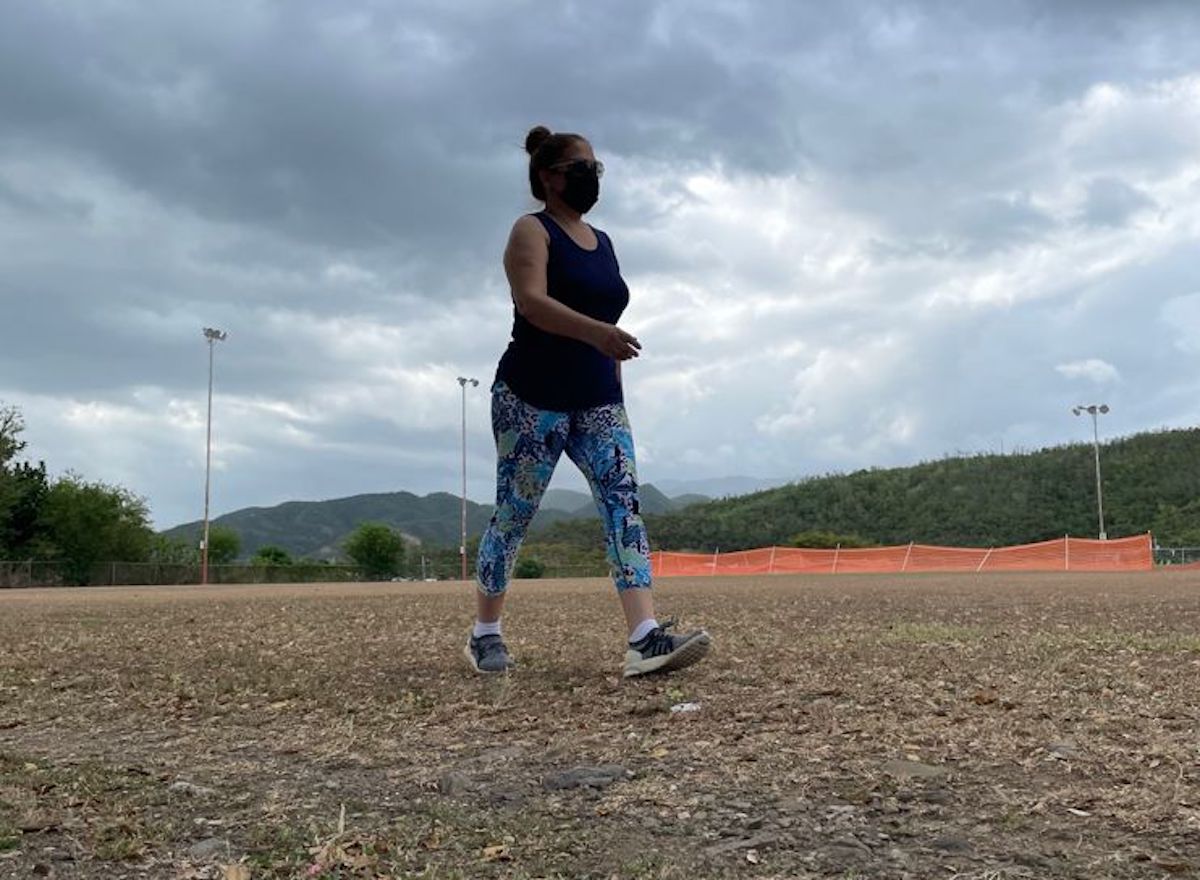 In 2012, Wigna Cruz began to suffer from inflammation and pain in her left wrist and was diagnosed with tendinitis. It wasn’t until 2017 that she was confirmed to have rheumatoid arthritis when her wrist bones began to erode.

“I was 34 years old, I had always been very active and healthy. I was studying law. When they told me it was rheumatoid arthritis, my mind was blocked, and I had many questions about whether I would be able to go back to work.”.

He says the arthritis symptoms came on gradually. After her came the pain in her knee and both of her wrists began to bother her.

“My God – I said – this will never end. The pain was unbearable.”

May is Arthritis Awareness Month — a disease that affects millions of Latinos of all ages, including children, in the United States.

The Centers for Disease Control and Prevention (CDC) estimates that Hispanics are more than twice as likely to be disabled by arthritis and suffer joint damage.

According to the CDC, there are currently 4.4 million Hispanics in the United States who have been diagnosed by a doctor with arthritis. However, due to language barriers and lack of health information in Spanish, Hispanics can go years before getting a timely diagnosis.

They anticipate that by 2040, 78 million (26%) US adults over the age of 18 will have physician-diagnosed arthritis.

Dr. Daniel Hernandez, director of medical affairs and liaison for the Hispanic community of Global Healthy Living Foundationsays that most of us do not understand what arthritis is, a chronic disease that causes inflammation and wear in the joints.

“There is no cure, but there are treatments. As soon as it is diagnosed, it can improve the quality of life”.

The problem, points out Dr. Hernández, is that the majority of Hispanics take a long time to be diagnosed and treated, from when they began to present symptoms.

“Because of this, the quality of life decreases in our community because of the pain and deformities that come with it.”

He explains that symptoms such as muscle pain, fatigue, weight loss, tingling in the hands and numbness come on gradually, and can take weeks or months to become bothersome.

“These are discomforts that do not go away with anything, and that do not occur as a result of exercising or carrying out heavy activity.”

The most advisable thing is to go to the doctor or to the rheumatologist; and give it a sense of urgency.

“If you don’t have a family history, it doesn’t mean it won’t happen to you. It usually occurs between the ages of 30 and 50; and sometimes earlier”.

Note that arthritis is not a sudden death disease, but it does worsen quality of life and cause other problems that can lead to death.

“Exercise, eating well and avoiding stress will help us in anything, but my best advice is not to ignore discomfort, pain and inflammation, but have a sense of urgency and go to a doctor.”

Other types of arthritis, he adds, are gout and lupus.

After several experiences with doctors, in 2017 Wigna was finally told that she had rheumatoid arthritis.

“When I started a treatment with biological medicines, my condition took a turn, and I can say that now I lead a normal life. I go for walks, I run. I can move my wrists, but not that much; and there are times when I suffer relapses”.

Wigna says that in her 10 years with rheumatoid arthritis, she has learned that time is a huge factor.

“The more that goes undiagnosed and untreated, the more damage there can be to the joints.”

It is important – he says – that once diagnosed, team up with your doctor and follow the treatment to the letter.

“The best thing they can do is educate themselves and inform themselves. Sometimes we have relapses, but the important thing is to keep the arthritis under control.”

He mentions that a very common mistake that is made is to pay attention to the erroneous comments that abound in social networks.

“Turn to a reliable source like the Global Healthy Living Foundation, an educational alternative with information in Spanish where they educate you and keep you up to date.”

According to Pew Hispanic Research, 71% of Hispanics obtain health information through their social networks.

But the health information available to the Hispanic community online is heavily weighted toward information dangerous mistake, which has led to low levels of diagnosis and a growing knowledge gap, according to the US Bureau of Labor Statistics.