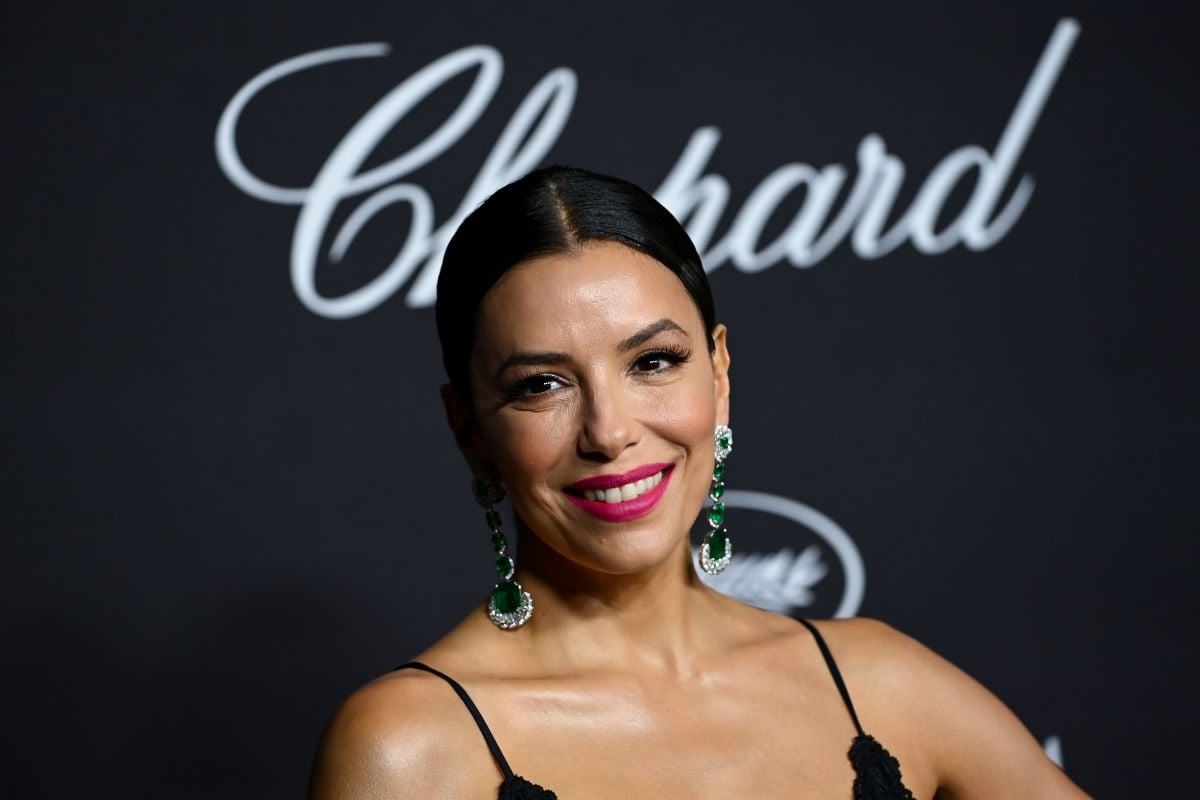 Today the Latino Media Network – or, in Spanish, the Latin Media Network, LMN, for its acronym in English – was launched on the US market.a media company focused on content creation, talent incubation and distribution on multiple platforms of Latin origin, which for its creation relied on a record $80 million investment, one of the largest fundraisers that there has been in the United States for a start-up founded and operated by Latinos.

LMN was able to secure capital from the largest investors in the Latino community, as well as from Lakestar Finance LLC, an investment entity affiliated with Soros Fund Management LLC.

It is an undertaking of the Latin activists Stephanie Valencia -a native of Las Cruces, New Mexico and a former adviser to President Obama- and Jess Morales Rocketto -a native of Norwalk, California, a promoter of the rights of Latino workers in the United States and of children separated from their families on the border with Mexico. Both are also part of EquisLabs, an organization dedicated to promoting funds for NGOs in the United States that empower and educate the Latino electorate in order to strengthen their political and civil participation in the country.

With that amount of money, the network achieved its first major contract with TelevisaUnivision for the acquisition of a set of 18 radio stations across 10 markets of the multinational. This required a total investment of $60 million dollars.

That way, the network is preparing to reach almost a third of the Latino population in the US. “Those are some of the most densely Latino-populated markets in the country,” Valencia told Axios. It refers to locations such as Los Angeles, New York, Miami, Houston, Chicago, Dallas, San Antonio, McAllen, Fresno and Las Vegas.

“As Latinos drive population growth in the United States, they continue to wield an ocean of information regarding what is happening in the world and their role in it. With the decline of media in minority groups, now is the time to invest in more resources to create content for Latinos, by Latinos. By uniquely blending creative content and existing and new platforms that serve our community, we can foster cultural pride and collectively empower Latinos,” said Stephanie Valencia, Founder of LMN. “I want to thank TelevisaUnivision for the excellent work they have done in creating these stations in Latino communities and for trusting in our ability to grow them from here on out.”

Most of the radios are produced entirely in Spanish and some in a bilingual structure. AM radios currently contain talk and sports information programs, affiliated with teams from different disciplines. For their part, FMs are fundamentally musical and entertainment broadcasting stations.

Nevertheless, The entrepreneurs aim to expand their productions to the world of podcasts, as well as to create audio content for YouTube and other platforms.. They will mostly seek to have a bilingual approach. Morales Rocketto told Axios: “We want to offer a digital imprint throughout all the radio stations.”

Regarding the business strategy, they are confident that the advertising sales opportunities will expand with the entry of content in a multi-platform digital audio structure, supported by the YouTube podcasting service. Valencia indicated that although the base will be advertising, there will also be some programs that will have philanthropic sponsorship.

What does the Latino Media Network propose?

Latino Media Network aims to be a media company that will serve the Latino community: by Latinos and for Latinos. Its mission is to help Latinos make sense of world events and find their role in society by inspiring, informing and celebrating Hispanics through an audio-focused multimedia network. The network will foster cultural pride by telling Latino stories, addressing community concerns, and discussing opportunities for a better future.

The new company aims to offer news content through personalities with authority and experts who can help the Latino community in the United States to understand more and more about usually complex topics: health insurance, finances, entrepreneurship and business.

“Our company and these stations are for our community,” said Jess Morales Rocketto, founder of LMN. “We believe in the power and reach of radio and we believe that this medium continues to be one of the main media sources for a significant number of people in our community. We look forward to creating relevant material for radio and other audio platforms with trustworthy and trustworthy content for our community. Latino Media Network will ensure that the Latino community continues to have the news and information that local communities deserve.”

The LMN board of directors, with some of the most prominent Latino personalities in the US.

Among the members of the board of directors, investors and advisors are some of the most relevant figures of the Latino community in the United States:

–Maria Elena Salinas: Award-winning journalist and author. She co-hosted Noticiero Univisión for more than 30 years. Director of MES Multi-Media LLC.
–Eve Longoria: Director, actress, philanthropist and businesswoman. General Manager (CEO) of UnbeliEvable Entertainment and founder of Casa del Sol Tequila.
–Dr. Eduardo Padron: President Emeritus, Miami Dade College, Strategic Corporate Advisor, currently on the boards of the Urban Institute. Recipient of the Medal of Freedom.
–To Cardenas: Member of the board of directors of Coral Gables Trust Co; Investor and Treasurer of the American Business Immigration Coalition; formerly Chairman of the Boards of Directors of the Florida Republican Party and the American Conservative Union.
–Maria Contreras Sweet: Co-founder of Pro-America Bank; former administrator of the US Small Business Administration; former secretary of business and transportation in the state of California.
–Monica Lozano: former editor and CEO of La Opinion and CEO of its parent company, ImpreMedia, LLC. She currently sits on the boards of the Walt Disney Corporation, Apple, Inc., and Target Corporation.
–Luis Ubinas: Investor, advisor and member of corporate boards of directors. Former President of the Ford Foundation, Senior Partner at McKinsey and Company, Current Corporate Director at AT&T, President of the Statue of Liberty-Ellis Island Foundation.
–Tom Castro: Founder and CEO of El Dorado Capital: radio entrepreneur, investor and corporate director. He has bought and sold over 50 radio stations serving the Latino community. He currently sits on the boards of Nielsen and Cumulus Media. Previously on the boards of directors of Time Warner.
–Juleyka Lantigua: Co-founder and CEO of Lantigua Williams & Co. – Successful audio content creation expert with prior experience at NPR, Atlantic Media, Random House.
Tom Chavez: Entrepreneur in the technology area, author and co-founder of super{set}, a startup studio that creates and finances software companies.
–Christy Haubegger: Founder of “Latina” magazine and currently Executive Vice President, Director of Business Inclusion and Director of Marketing and Communications at WarnerMedia.
–Alicia Bassuk: Founder of Ubica Leadership Strategies where she advises executives in public, private, non-profit sectors, and global championship sports franchises. Bassuk is a partner and investor in several companies, including Kinzie Capital Partners and Core Innovation Capital.
–Henry Munoz: Entrepreneur, cultural leader and Advocate for undocumented students. Owner of Funny or Die Productions, co-founder of SOMOS Community Health Care and Former Owner of Munoz & Company, Architects and Designers. Former President of the Commission for the creation of the Smithsonian American Latino Museum. Co-founder of TheDream.US, which offers college scholarships to undocumented students.
–Jess Morales Rocketto: Head of strategy for Moonshots de Equis. Co-founder of Families Belong Together, Poderistas, and Supermajority. Previously, she National Domestic Workers Alliance, Hillary for America, and Obama for America.
–Stephanie Valencia: Co-founder and president of Equis. She co-founded Poderistas, Latino Talent Initiative, Latina Collective, and Latinos44. Previously, she Google, President Obama’s White House, and the United States Congress.
Gibson, Dunn & Crutcher LLP, Sidley Austin LLP, Fletcher Heald, and Herrera Arellano advised on the transaction.

For the members of the Board of Directors of LMN, it is a great pride to be part of an initiative that gives rise to the voices of their cultural origin. “This is a very exciting day for the media industry,” said Eva Longoria. “My mission is to tell and amplify all the stories of our community so that the world can feel the joy, power, and heart of our community in ways not found today. The media can make a real difference in our world. I am very pleased to be part of the Latino Media Network because together we will ensure that the media includes narratives that elevate our voices.”

“Stephanie and Jess have brought together an impressive network of collaborators and capital to support their creative vision,” said Luis Ubiñas. “LMN not only has a strong financial foundation to close the deal, but to build on it to create a national network.”

“Latino journalism is essential because it is crucial that we tell our own stories and create a platform for the diverse voices of Latinos, said María Elena Salinas. “I am proud to be involved with Stephanie and Jessica on this unique project. dedicated to informing and empowering our community and what we value.”

“In an era of increasing media consolidation, Latino media ownership is essential,” said Monica Lozano. “It is groundbreaking that a Latino startup has raised so much capital to ensure that these local radio stations remain in existence.providing services in their communities”.

The transition of the stations will take place after approval by the FCC and a one-year transitional agreement between TelevisaUnivision and Latino Media Network, which will culminate in the fourth quarter of 2023. LMN is in the process of recruiting top talent and will make an announcement about its senior management team later this year. LMN intends to retain the TelevisaUnivision employees who work at the stations included in this acquisition.

Radio, a great companion for Latinos in the United States

Radio has the highest weekly reach among Hispanic adults in the US at 96%, compared to 92% of the total population, according to Nielsen. Likewise, the influence of radio among Hispanics increased greatly during the pandemic. More than a third of Latinos in the United States listen to monthly podcasts, according to Axios.

“Too often our stories have been erased or made invisible. You could easily not know that Latinos will be one of the largest percentages of the US population,” Valencia said. “Being able to bring a sense of belonging, influence and power to this community is incredibly important.”