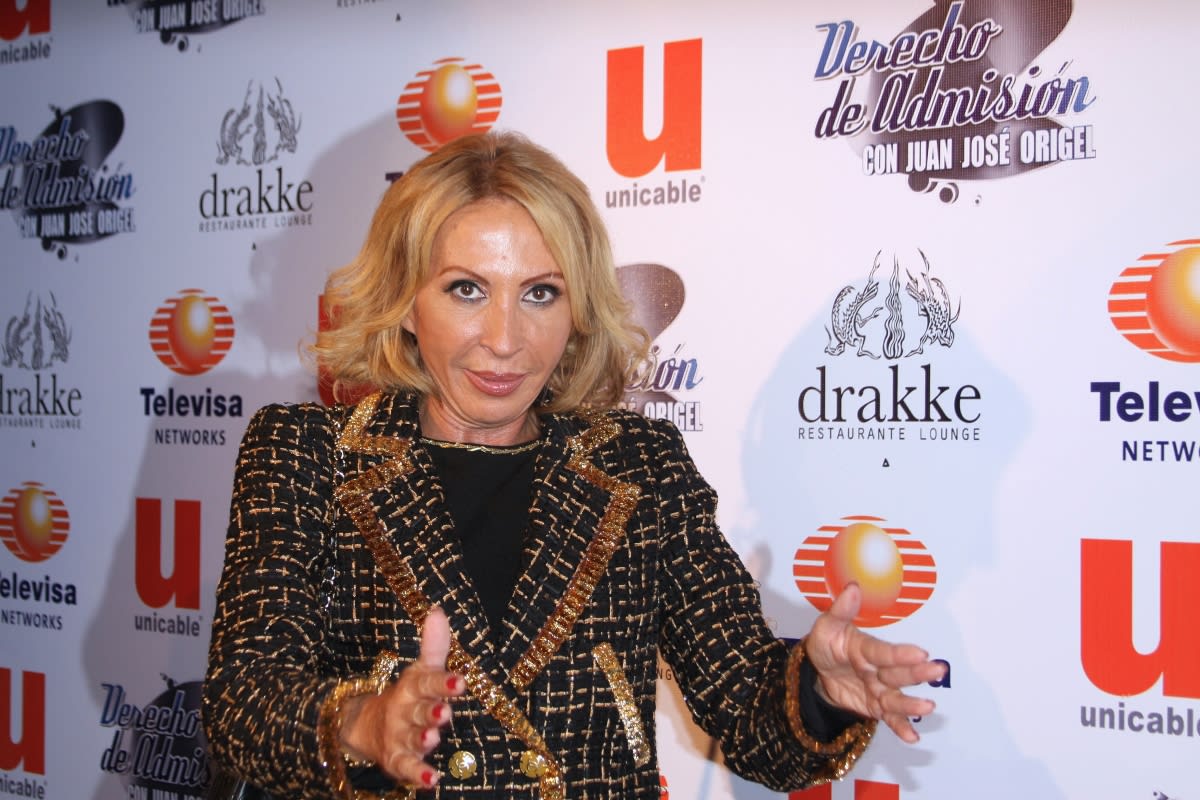 What happens the wretch! It seems that it is a matter of hours for Laura Bozzo, who is accused of a tax offense, to enter jail, since after failing to appear at the Santiaguito Center for Prevention and Social Readaptation in Almoloya, State of Mexico, Interpol was asked to search and locate the Peruvian driver.

According to information from The universal, the Attorney General’s Office (FGR) in Mexico asked this international police organization for a “red card” to search and locate the television presenter, who has an arrest warrant.

Laura Bozzo would be close to entering prison

It was last Wednesday that it was announced that a federal judge had linked Laura Bozzo to the process for the alleged tax crime of 12 million pesos, obtained through the improper sale of a property seized by the Tax Administration Service (SAT), to guarantee the payment of a debt for 13 million pesos.

At the request of the FGR, the judge in the case determined justified preventive detention against Bozzo, for which he gave him a period of 48 hours to appear at the Santiaguito Prevention and Social Rehabilitation Center, in Almoloya, State of Mexico, which he did not made.

Laura Bozzo is wanted in more than 190 countries

Last Friday was the deadline for Laura Bozzo to appear at the prison, and having ignored this order, the federal judge issued an arrest warrant against the Peruvian driver and the FGR began the procedures for the issuance of the file red and is wanted in more than 190 countries to be presented before the Mexican justice.

Just a few days ago, “Miss Laura” filed an amparo to suspend the court order for her to be admitted to the prison. The presenter argued that she is about to turn 70 years old, in addition to suffering from pulmonary emphysema, so that, if she is in jail, her health would be at risk (Filed under: They ask Interpol to find and locate Laura Bozzo ).

After the Peruvian driver Laura Bozzo was accused of a tax offense for having sold a property seized by the SAT, the actress Laura Zapata gave her opinion through social networks, where she judged her to be a foreigner who came to Mexico to become millionaire.

“Have they already found her or has she escaped?” Zapata questioned on Twitter where he also shared some news photographs where Laura Bozzo is accused, who could not prove her address and would have to present herself at the prison, which she did not do .

“Televisa opened the doors for her and gave her what it does not give to Mexicans,” claimed Zapata in her publication, where some users supported her, such as Sandra García, who recalled some audios that were revealed in the past where Laura Bozzo speaks badly of the Mexicans.

“La malinche Sandra, la Malinche! They come to screen them, ”said Thalía‘s sister. When a user spoke of the arguments that the host presented to avoid taking her process into jail, including pulmonary emphysema, the soap opera villain pointed out that this was a lie, as she claims that she saw her dancing on a television program ( Filed Under: Interpol is asked to find and locate Laura Bozzo).

They want Laura Bozzo to pay before the law

The high-sounding and discriminatory words that Laura Bozzo allegedly said against actors Gabriel Soto and Irina Baeva could cost the Peruvian driver dearly, according to the couple’s legal team. Gustavo Herrera, the actors’ lawyer, confirmed that they want the Peruvian to pay, although Bozzo faces preventive detention for a tax offense.

“In no way is it going to affect the civil judgment of moral damage; The date to unveil evidence in the trial of Gabriel Soto and Irina Baeva has already been set for September 20 and we offered Laura Bozzo’s very personal confessional evidence, ”Gustavo Herrera told TVyNovelas magazine.

More problems are coming for the driver

“If she does not appear to testify in person, they will declare her confessed of all possessions that are previously classified as legal by the judge,” added Gustavo Herrera. The litigant alleges that Laura Bozzo called Irina Baeva “a motherfucker…, a brainless woman, a stealer of husbands, a poor fool”.

On the other hand, he allegedly said that Gabriel Soto “thinks with his genitals instead of his head” and that “he names him the wretch of the year. Isn’t that discriminating against you? Isn’t that putting it as a retrograde? ”Said the litigant to the media (With information from Agencia El Universal).

Alfredo Adame affirmed that it was he who alerted the Tax Administration Service (SAT) about the illegal sale that Laura Bozzo made of a department that the tax institution had seized to guarantee the collection of a debt.

“One day a message came to me that said ‘I have information about the criminal Laura Bozzo’. They tell me ‘he sold an apartment to my husband, and when we wanted to deed, it turned out that it was seized by the SAT’. It fell from the sky! (Filed Under: Interpol is asked to find and locate Laura Bozzo).

“Six or seven months ago, without any concealment or anything, I contact the SAT and tell them ‘the television host committed a crime, she sold a condominium that they have repossessed’. And they began to investigate, “said the actor, in a live broadcast with Multimedia 7.

The Peruvian Peruvian driver is accused of selling a property with which she would guarantee the payment of a debt contracted in 2012, with a value of 13 million 295 thousand pesos. The former driver of Hoy mocked Bozzo’s request to a federal judge to stop the order to enter the Santiaguito prison, in the State of Mexico, as he assured that he is even going to say that he has cancer so as not to enter prison.

Laura Bozzo and Alfredo Adame, do they hate each other?

The lawsuit between Laura Bozzo and Alfredo Adame began when the television presenter criticized Adame for entering politics, and came to television in June of last year, when Adame was invited to the program Laura without Censorship, where they both verbally assaulted each other.

“This girl doesn’t know the kind of scorpion that fell on her back. Magda Rodríguez (producer of the program) already had her little guard, because the fight was with both of them. When I have enemies, I inform myself, I investigate them ”, declared Adame (With information from Agencia Reforma).

So far, the only ‘sign of life’ that the Peruvian driver has given is a phone call made by a journalist from the ATV Noticias network: “No, I don’t know where all these things come from, I no longer deal with that topic. I speak, that’s what my lawyers are for, they are the ones who speak, period. I have nothing to talk about! ”.

On that occasion, it was rumored that the television presenter was in a hotel in Mexico City planning her strategy to avoid going to jail, although now she would be being searched by Interpol at the request of the Attorney General’s Office in Mexico (Filed under: Interpol is asked to find and locate Laura Bozzo).