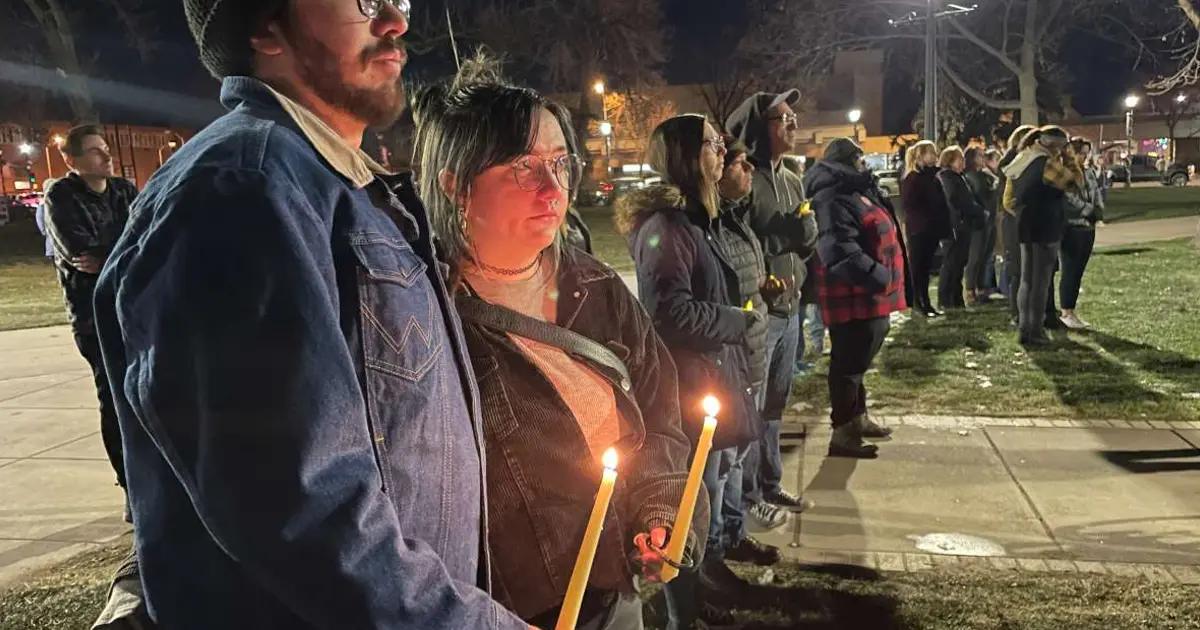 The video posted by the station begins with Martinez asking Voepel about a racial slur directed at Mexicans.

“What makes me a beaner?” she is heard asking.

“What makes me a beaner?” Martinez asks again.

As he continues to follow the pair, a person believed to be Aldrich tells him, “You keep following me, and I’m going to fuck you up.”

Anderson Aldrich may face murder and hate crime charges for allegedly killing five people and injuring 17 others at the Q Club.

Although the overweight person wore a mask, Martinez and his daughter Kayla Martinez said they now recognize the person as the non-binary suspect in the deadly mass shooting at Club Q in Colorado Springs.

“I was having a hard time getting my luggage down (from the overhead bin), and suddenly, I heard this woman say, ‘Hurry up beaner!’ And then I turned around and said, ‘Excuse me?” she told KDVR.

Frontier Airlines passenger Maria Martinez captured video of Aldrich and her mother during the heated confrontation.

She told the media outlet that an African-American man tried to intervene to calm the situation, but Aldrich hurled a racist slur at her.

“He also told him to shut the fuck up, motherfucker,” De La O told the station.

De La O said he also remembers a chilling comment Aldrich made as he was getting off the plane.

“I wish I could shoot them all right now,” he said they muttered.

Kayla added, “Like if I was in his presence, I could feel the hate. It seems like he has hate at the bottom of his heart.”

Maria said her “friend said, we wouldn’t be surprised if he’s a mass shooter. And it was scary to think that.”

De La O said she did not doubt that Aldrich picked up on her mother’s hateful behavior.

“I can see where she gets it from. She’s the one who started the racial slur… It was obnoxious. The whole flight,” he told KDVR.

“She literally had the crew pull out a young woman with her baby sitting behind her because she (Voepel) was complaining about the baby, and the plane hadn’t even taken off yet,” De La O added.

Maria said she tried to complain to the cabin crew but was told to call a customer service representative, who told her to write the complaint.

“We had a conflict with a mass shooter that is very scary and traumatic. Yes, it’s surreal,” he told KDVR.

Aldrich has not been formally charged but may face murder and hate crime charges for allegedly killing five people and injuring 17 others at Club Q.

On Wednesday, the suspect appeared dazed, bruised, and bloodied in court, apparently from the actions of the two people who held him until police arrived.