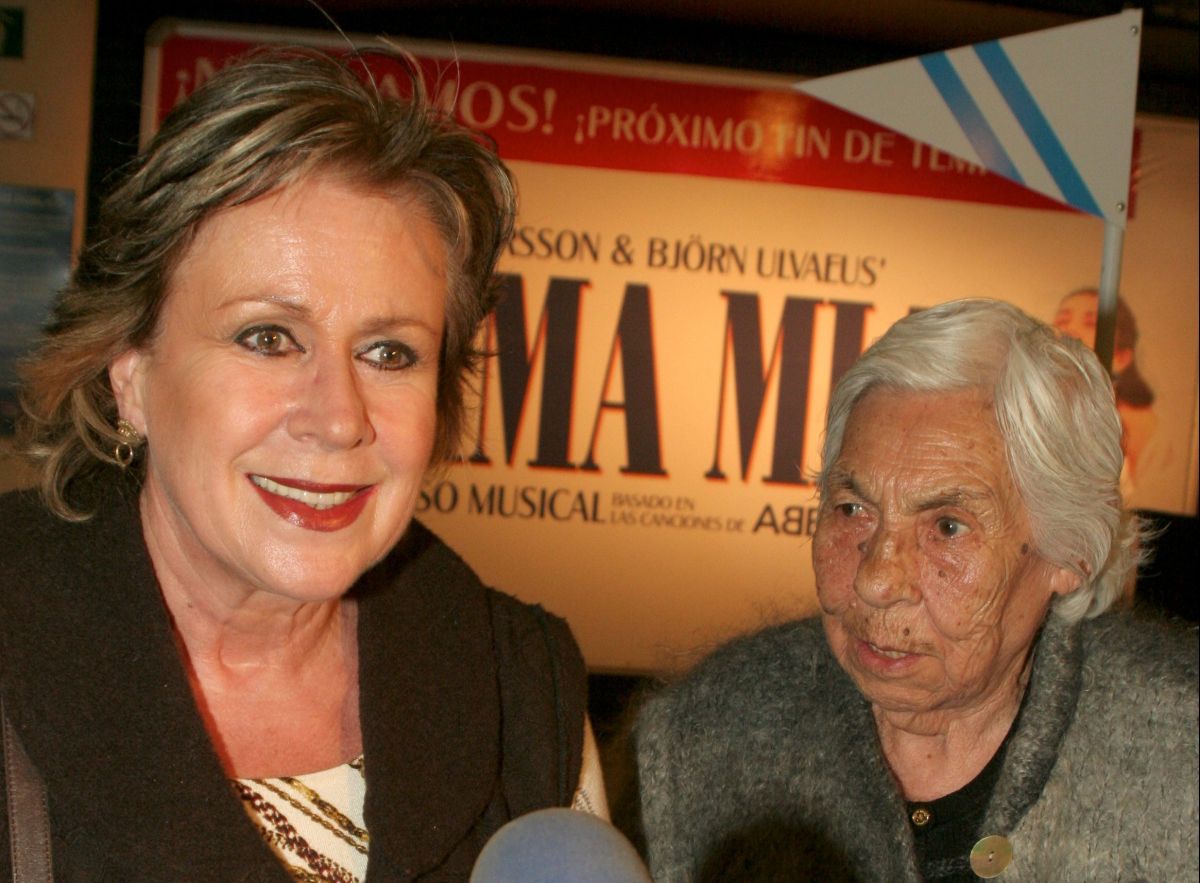 In the midst of one of the saddest moments of her life, the actress Laura Zapata revealed what the last moments of her beloved grandmother, Doña Eva Mange, were likewho died on June 24 of natural causes at the age of 104.

Before various media outlets that gathered at the French Pantheon located in Mexico City, where the remains of Mrs. Eva Mange MarquezLaura Zapata spoke of how lucky she feels to have been in the last moments of her grandmother’s life.

She said that she felt satisfied for meeting her until the last moment and having said goodbye to her with so much affection and love, remembering that Doña Eva is the person with whom she has spent the most time in her life, since she was in charge of raising her from the age of three, so that it was an honor for her to say goodbye to her at this moment of transcendence in the light, words that she mentioned to him in his last minutes of life.

“I am full of memories of her and as I told her a little before I expired that I will always miss her, but that I will always carry her with mein my hair, in my nails, in my teeth, in my body, in my life and in all the teachings that she gave me”, she affirmed.

He reiterated that, despite being a painful moment, he is also happy for his grandmother, because after several years of suffering from various health problems, he finally stopped suffering since his body was very tired and hurt. She stressed that she always supported her and will be glad that she gave him her time, energy, care and love.

During his brief meeting with representatives of the media, one of them the journalist Eden Dorantes, Laura Zapata confirmed that the death of Doña Eva Mange happened due to natural causes at almost 105 years of agewho will fulfill her grandmother’s wishes to be cremated and her ashes will be taken to the house they lived in together until it is decided what her final abode will be.

“I’m going to take them home because We don’t know if we are going to leave them where their grandmother and mother are in La Paz, Baja California, or here I am going to stay with them”.

He pointed out that his sister Thalia He was on the lookout for his grandmother since he entered the hospital last Thursday, June 23, so he also had the opportunity to speak with her in her last moments.

“Immediately I decided to take my grandmother to the hospital on Thursday because there was already an imbalance in her heart rate, in her oxygenation, in everything; I decided to take her and of course I told Thalía. She was in contact with me, when I put on speakerphone and He said some very nice words to our grandmother. At the time my grandmother expired she was also told“, to later ensure that he does not know if his sister will travel to Mexico to reunite with the family.

He confessed that his beloved grandmother “was very strong” and did not want to leave her, but it was time for her to rest, while his last words were “Laura Zapata”.

“I gave him the blessing, I gave him kisses and I closed his eyes. It is a very difficult moment when someone you love expires in your arms, but you also say: ‘Go with God, fly high and God bless you’”.

The writer asked for respect for the difficult moment they are experiencing, so she would not go into detail about the differences with her sisters.

You might also be interested in:
–Thalía says goodbye to her grandmother Eva Mange with a shocking message: “You were strength until the last of your days”
–Doña Eva Mange, grandmother of Thalía and Laura Zapata, dies at 104
–Laura Zapata reveals that Thalía lives with severe pain due to Lyme disease