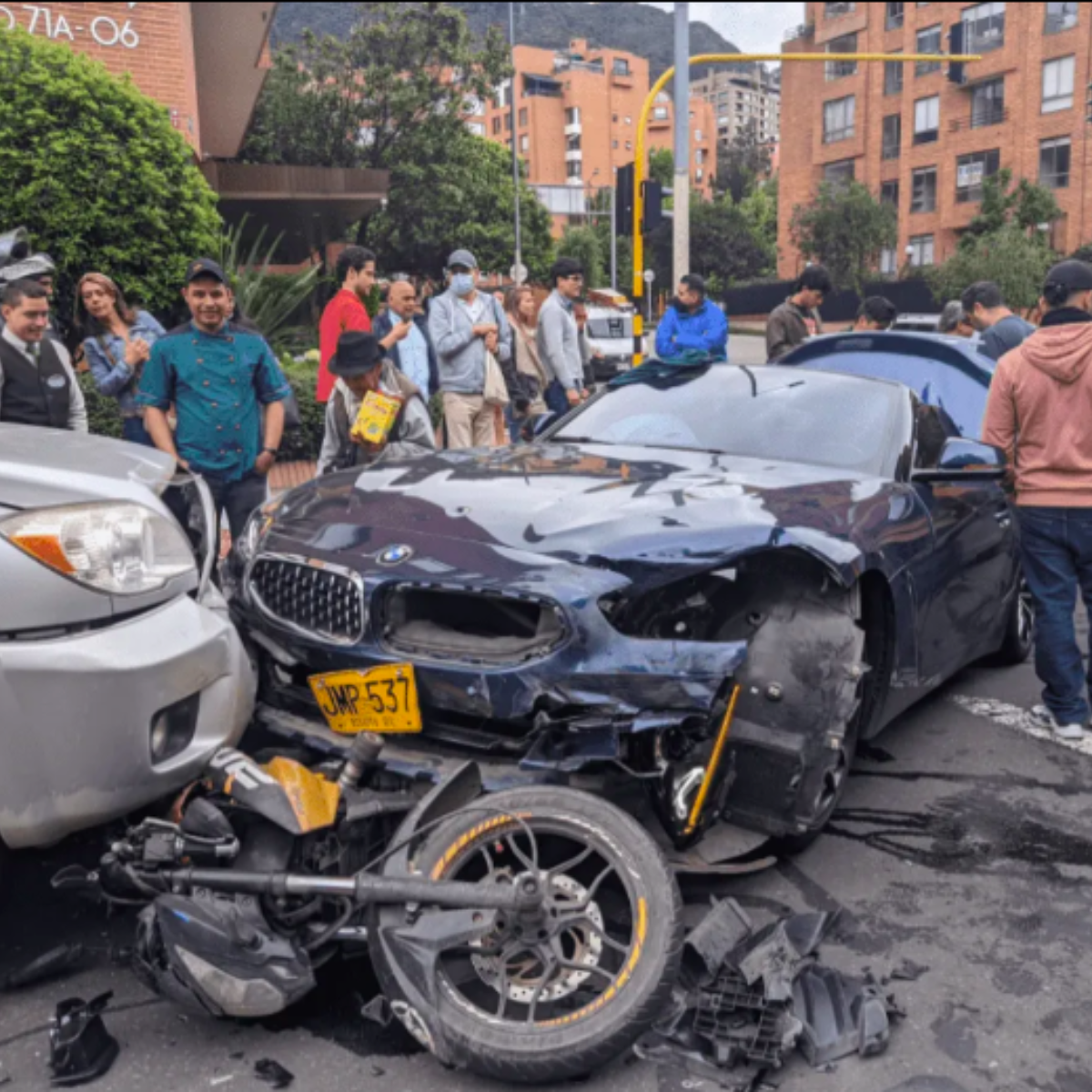 A man avoided being the victim of an assault while traveling on the streets of Bogota Colombiabecause he ran over with his brand car BMW two subjects who threatened him with a gun to steal his belongings.

After being run over, the assailants were arrested by elements of the Bogotá metropolitan police, while his victim, who curiously is a criminal lawyer, began to collect evidence and testimonies to present the corresponding complaint.

as reported AmericanPost.Newsin early May a similar case caught the attention of the media in Colombia, as two thieves ended up begging the police to release them after being captured.

Victim recounts how he ran over his assailants with his BMW

WHAT IF IT WAS WORTH IT?

Here’s the video of when they were shooting at us. On the run, we were shot 5 times.

For me, life is priceless. pic.twitter.com/mF7n0Xhp8K

Angelo Schiavenato was driving his BMW car through the streets of northern Bogotá. At one point, he felt hot, so he removed the hood of the vehicle, which made it easier for him to be intercepted by two men on a motorcycle.

Schiavenato said that one of these assailants pulled out a gun and pointed it at his head to order him to give him all the valuables he was carrying at the time, for which he gave him a luxury watch, two cell phones and a gold chain.

However, the assailant fired his weapon, failing to hit his victimso at that moment, Schiavenato took the opportunity to ram the motorcycle with his BMW car.

It is worth mentioning that this driver was accompanied by his colleague, José Antonio Araújo, who released a video of the exact moment of the run over in your twitter account.

Police arrested the assailants hit by the BMW

Despite the spectacular impact against the BMW car, the assailants were unharmed, so they fled, however, the prompt response of a police patrol that was in the area allowed them to be arrested. The driver argued at all times that he did not want to take justice into his own hands, but instead ran over these criminals in self-defense.