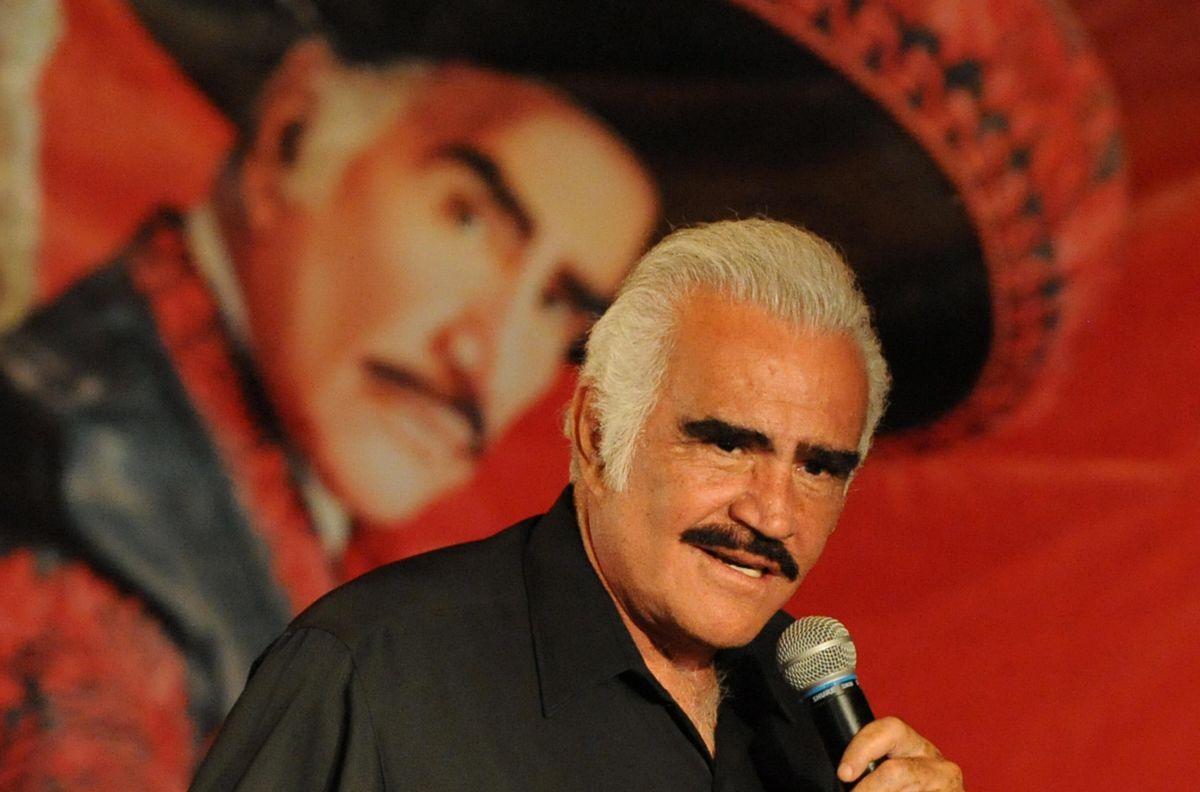 Through his lawyers, Maria del Refugio “Cuquita” Abarcawidow of Vicente Fernandezdenies the publication of a magazine circulating in Mexico, which they claim lost the lawsuit against Televisa before the Mexican Institute of Industrial Property (IMPI).

The publication mentions that the IMPI did not apply the infraction requested by “Cuquita” to the television station for the bioseries “El Último Rey: El Hijo del Pueblo”, not authorized by Chente, for which the Del Toro Carazo Abogados office issued a statement to deny the information.

“The published note seems to intend to affirm the conclusion of the legal actions of the Fernández family against Televisa. This is not even remotely so. No procedure is finished, far from it. There are many actions taken.

“Before the Mexican Institute of Industrial Property (IMPI), 12 different requests for provisional measures were filed for the unauthorized use of registered trademarks, as well as copyright. In all cases, they were granted and the legitimacy of Mrs. María del Refugio Abarca, widow of Fernández, as universal heir and owner of the rights registered before the IMPI and INDAUTOR, is accredited,” the document reads.

“The Last King: The Son of the People” had its first season starting on March 14 with 10 chapters. This focused on Chente’s musical beginnings and the kidnapping of her eldest son Chentillo.

On those dates of the launch of the project produced by John Osorio and starring Paul Montero, the IMPI issued an official letter requiring Televisa not to use the Vicente Fernández brand without authorization.

However, a judge later granted the television station a suspension, through which the company could continue broadcasting “El Último Rey” without being fined by the Institute.

While the second season of the series was broadcast from May.

“Of 12 procedures, the IMPI incorrectly rejected some (which is already being challenged), but admitted others under identical conditions. That is, some he rejects and others identical to those he rejected, he admitted them”, it is added.

The statement also specifies that Cuquita and her lawyers they continue with the legal and civil procedures that they imposed against Televisa and Univisiónproducers of the unauthorized series “El Charro de Huentitán”.

“Regarding Televisa’s liability in civil matters and the damage caused, a different law firm specializing in the matter is working on it. For strategic reasons, it is not possible to spread what is related to it for now, ”says the file.

According to the publication of the magazine, his information is based on a “source” close to the Fernández.