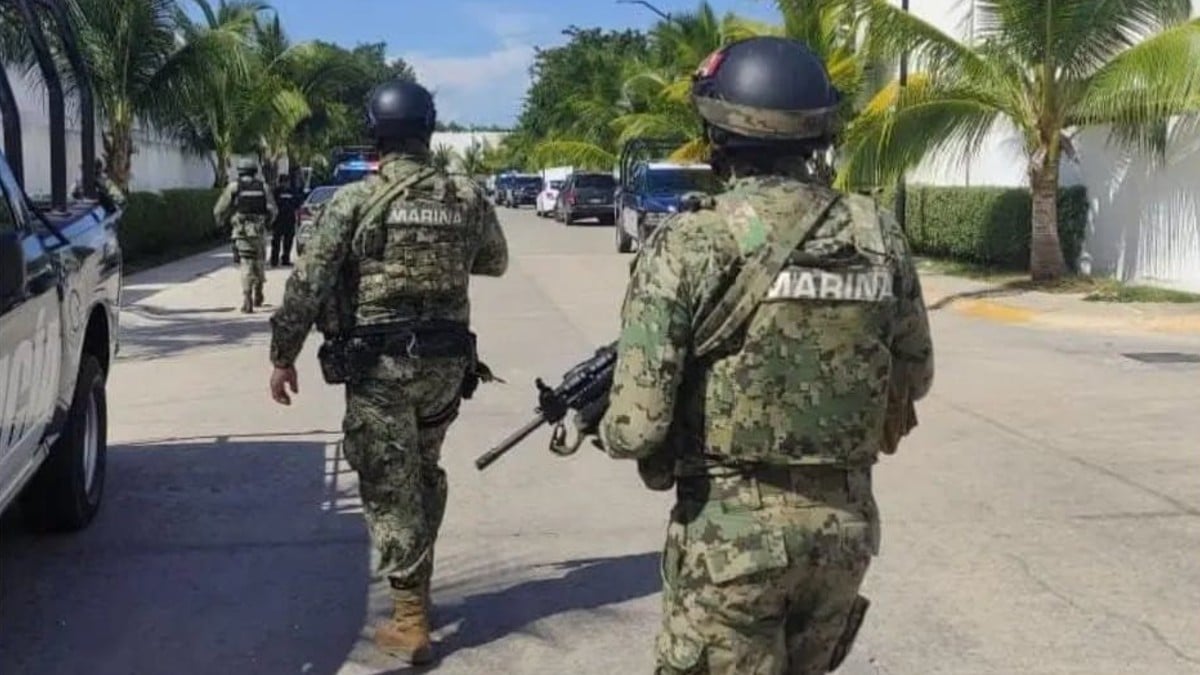 The celebration took place in a luxury house, and a 911 call alerted the authorities – Photo: Twitter/@@HrPelotonmx / Courtesy.

A party managed to settle another blow against organized crime in Playa del Carmen, Quintana Roo. Pedro “G,” alias “El Rizos,” leader of Gulf Cartel, and another 26 people, some members of the same criminal group, were arrested during the meeting, according to the Quintana Roo Public Security Secretariat (SSP).

The celebration took place in a luxury house, and a 911 call alerted about the event, so the authorities arrived at the scene. Upon arrival, officers found a white Suburban parked outside the meeting site. Upon seeing the uniformed men, the occupants began to run.

Secretary of State Security Lucio Hernandez Gutierrez said at a press conference that in collaboration with the Coordination Group for the Construction of Peace and Security, the arrests were made in the Selvanova subdivision in the municipality of Solidaridad.

Eight people were arrested while fleeing the authorities, while others fell during an inspection in the pool area. The 26 people were insured for their probable participation in crimes against health, criminal association, and violation of the federal law on firearms and explosives.

According to the State Attorney General’s Office (FGE), 18 firearms of different calibers, 13 chargers, 10 ballistic vests, 54 bags with a possible drug known as crack, 171 bags with likely marijuana, and 27 more with white powder, apparently cocaine. Everything, along with the vehicle, was under the institution’s protection.

At that meeting, some boys and girls were sent to the Solidaridad’s DIF to be cared for by other relatives.