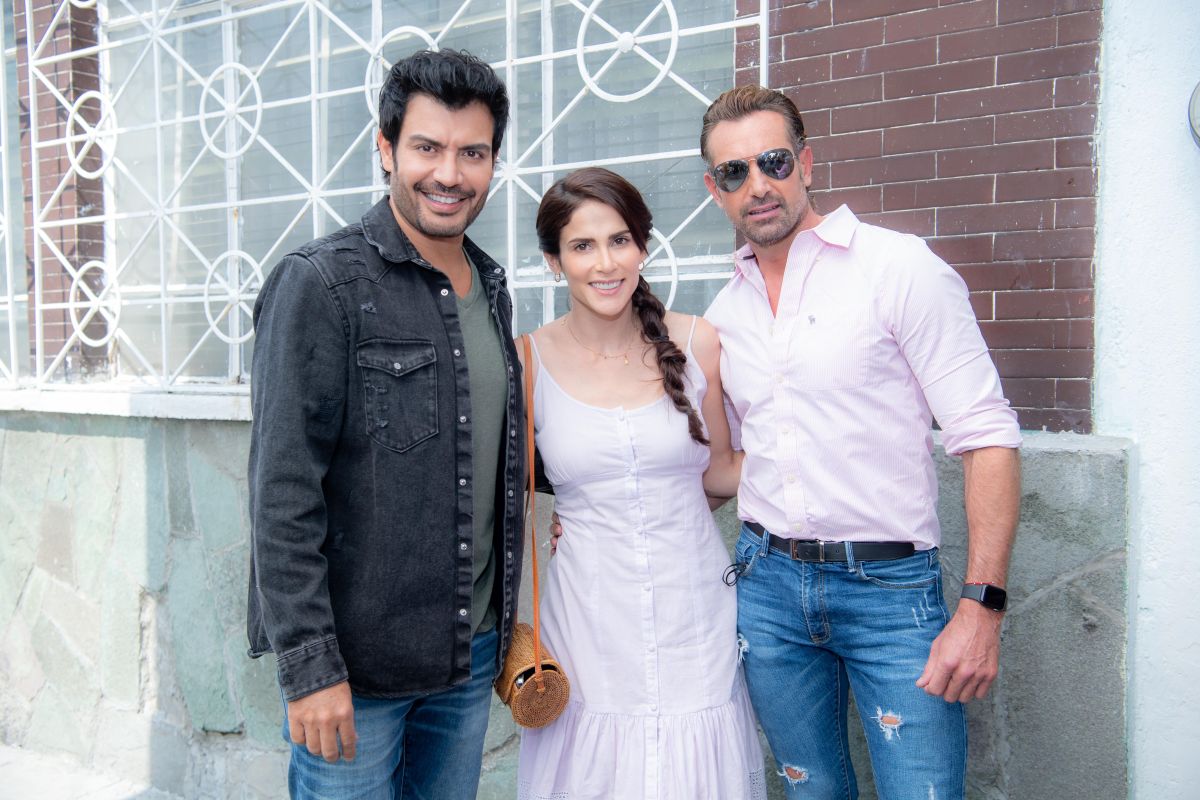 They have begun the recordings of the new stellar telenovela of Televisa and Univision that until now has the title “I’ll wait for you there“. Production is carried out by Angelli nesma, successful producer of melodramas like “María La Del Barrio”, “Lo Que La Vida Me Robó” and “Abismo de Pasión”.

On this occasion, the leading roles fall into the hands of Gabriel Soto (“Do you remember me”), Eva Cedeño (“I give you life”) and Andres Palacios (“Empire of Lies”).

During the event, the production company expressed her excitement to carry out this project with a first-rate cast and production team. As he has traditionally done, he sprinkled the script for this story with champagne, as a good luck ritual.

“Allá Te Espero” is based on the Colombian telenovela of the same name that tells the story of a Latino family torn apart by distance, betrayal and the broken promise of their American dream. A tangle of secrets and forbidden love will slowly bring them all together again.