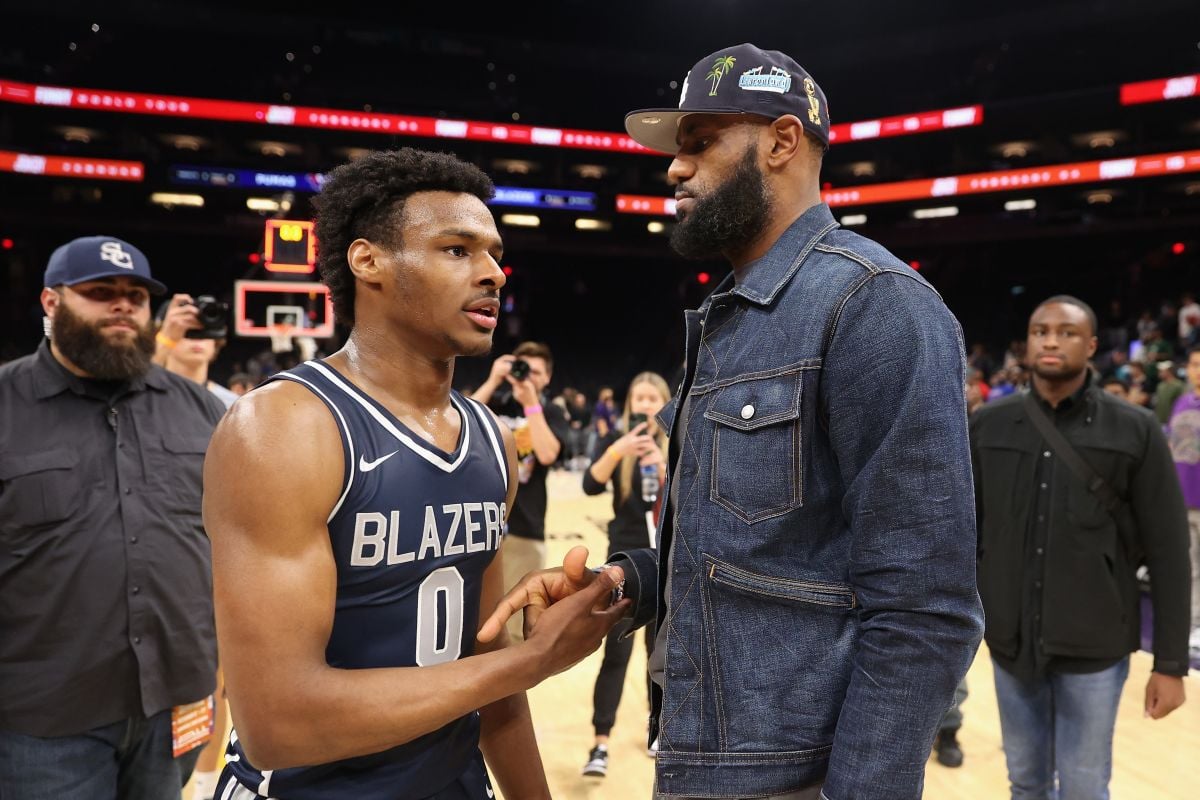 The NBA shook again with a superb performance by Lebron James, but what perplexed the fans and the press the most were some statements by the star of Akron where he left open the possibility of remaining in Los Angeles Lakers until you decide to retire. Due to this, the possibility of seeing the American star play with his son has grown, bronny james in the gold and purple uniform.

Bronny, will be eligible in the season of 2024-2025 and from now on, his father set himself the goal of staying healthy so that he can fulfill one of his greatest wishes; Currently, his eldest son is 17 years old and plays Junior in high school.

“This is a franchise that I see myself with. I’m here and I see myself being in the purple and gold as long as I can play.” LeBron James declared to the press.

“The King of Akron” will have the option to decide whether or not to accept a contract extension of a couple of seasons in exchange for 97 million dollars and thanks to his words, the Lakers’ management could be a little calm regarding the permanence of their top star .

Beyond leaving some hope about his stay in California, LeBron James He also made it clear that his desire to play with his son does not mean that he does not want to be with him anymore. Los Angeles Lakers at the time that bronny james be selected in the draft.

“I also have a goal that if it’s possible, I don’t even know if it’s possible, if I can play with my son, I would love to do it.. That’s the best thing that could happen. That doesn’t mean I don’t want to be with this franchise.added the NBA star.

Although the most successful team has not sounded like one of the favorite candidates to take over the services of the eldest son of the 37-year-old forward. However, there are still two years left to see Bronny in the draft and everything may indicate that the Lakers can position themselves in the fight for the oldest of the James.

“My last year I will play with my son. Wherever Bronny is, there I will be. I would do whatever it takes to play with my son for a year. Money won’t matter at that point.” LeBron James finished.

In this way, the forward will continue to give everything for the Lakers every season while he is on the court. The commitment to the gold and purple uniform is complete and the mission is to give the organization a new championship.

LeBron James on playing with his son in the NBA: “Wherever Bronny is, I’ll be there”