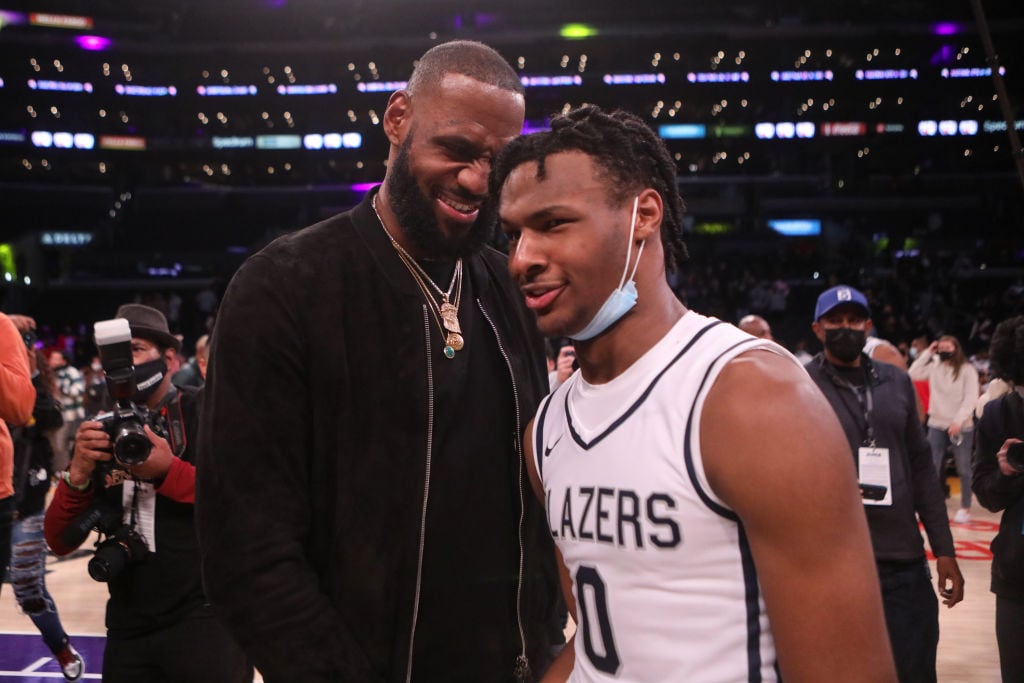 LeBron James has once again insisted on an idea that has been around the NBA for some time. To the point of confirming and verbalizing it during All-Star Weekend. In one of the all-star weekend press conferences, LeBron acknowledged that his intention is to play with his son in his last season in the NBA, something that could happen in 2024.

“I will play the last year of my career with my son. Wherever Bronny is, I’ll be there. I will do anything to play with my son for a year. It won’t be about the money anymore”, LeBron James said, in words that have caused quite a stir due to their implications.

The Lakers star has signed a contract with the Los Angeles team for this season and the next. That is, he would end in 2023, when he would be a free agent without any restrictions. Under current NBA rules, his son, Bronny, would not be able to appear for the NBA draft until 2024.with LeBron James about to turn 40.

LeBron James’ words have two implications. On the one hand, the contractual party, since LeBron would end contract in 2023 with the Lakers, but he would have to wait another year to ‘receive’ his son. What does that involve? That year remains in a curious standby. Until 2024 it is not known which franchise will be able to choose Bronny or in what position, but at the same time, if he convinces LeBron James in 2023, he could have LeBron’s last two seasons, but he would have to guarantee the choice of his son.

The second implication is the case of Bronny James. The reality is that, today, he is not considered a first-round draft player project. 247sportsrank places him as the 37th player of his generation. He plays in a high school, Sierra Canyon, but LeBron’s words and intentions can ‘force’ him to be selected in the first round, in a position above his real situation, due to having LeBron. Until 2024 his game can still evolve, but according to CBSSports, since he entered High School, his position in the rankings has even dropped.

There is an unlikely factor that could change the situation completely. That would happen if the NBA decided to change the rule of access to the league, the famous ‘one and done’ that forces players to train for a full year outside of high school. That would allow Bronny to appear in the 2023 draft and coincide with LeBron James’ free agency, which would make the targeting process much easier.

Another slightly more likely option is for Bronny James to be ‘reclassified’ and this would also bring the process forward a year, which could also allow him to appear in the 2023 draft.

If this does not occur, the situation is not simple. Is Bronny worth a first-round pick or are we talking second-round talent? Is it worth the bet on a LeBron James close to turning 40? As of today, the Oklahoma City Thunder have 4 first-round picks in that draft, which has started speculation.