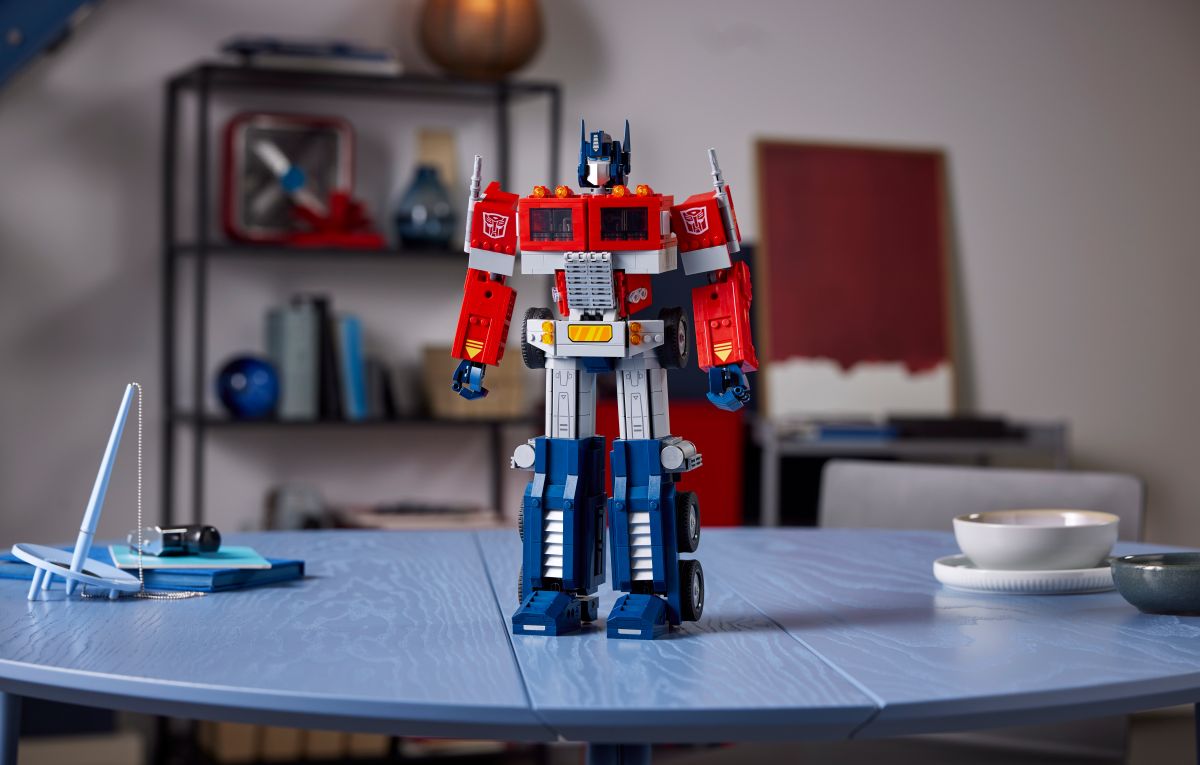 After several months of waiting, Lego, the Danish toy company, announced the Transformers set launch with Optimus Primethe leader of the autobots, in the iconic cartoon from the 80’s.

Through its website it is already possible to see some images and the description of the product, which will be available from June 1, 2022, at a price of $169.99 dollars.

Among the characteristics of the product, the height of the armed figure stands out, 13.5 inches, by 7 inches wide. In addition, it has 19 points of articulation in robot mode.

The toy is made up of 1,508 pieces. These include buildable accessories like the ion blaster, Autobot Matrix of Leadership, Energon axe, Energon cube and jetpack.

Just like the original concept, Optimus Prime converts from a robot to a truck, and back again. According to Lego, “the product is designed especially for adults willing to immerse themselves in a new project.”

Lego’s announcement comes after several months of rumors about the manufacture of the product of the famous cartoon and movie saga.

A couple of days ago Lego uploaded, through Twitter, a “mysterious” publication where the Transformers logo and the release date of the Optimus Prime figure were visible.

Later the company revealed more details by publishing the finishes of the toy, with the Lego bricks, through a video animation.

It is worth mentioning that despite costing almost $170 dollars, this figure is not one of the most expensive in the catalog. On the website there are figures that cost $799.99, such as the Millennium Falcon from Star Wars. On the internet there is also talk of special pieces that exceed $1,000 dollars.

– In 2021 Lego had 21% more income during the Covid pandemic: adults, also consumers
-Target and Lego launch a collection of limited edition items
-My Poor Little Angel’ arrives at Lego: discover the incredible set