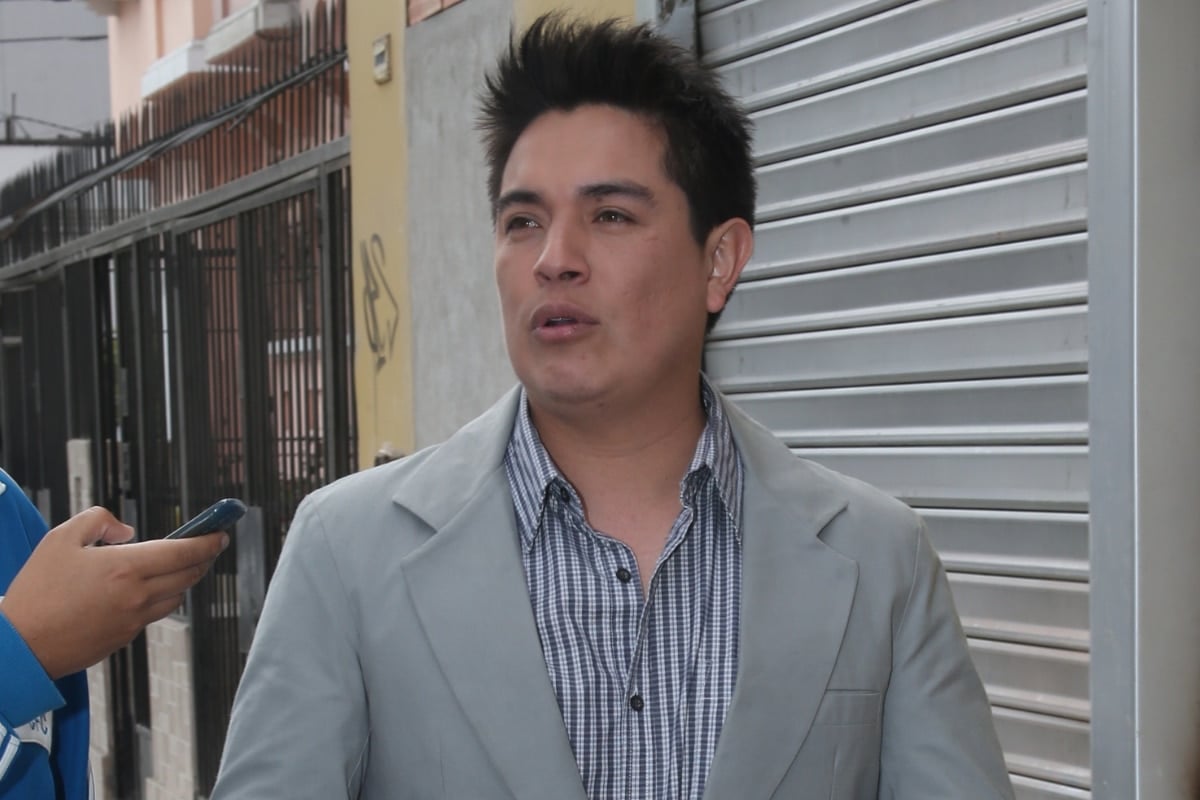 Vanessa León appeared this Monday in ‘Dilo Fuerte’ by Lady Guillén and complained to her brother, Leonard León, for not allowing her to enter her mother’s house to visit her. According to the woman, she has not been able to enter the family home since she denounced the cumbiambero for physical and psychological violence in 2019.

LOOK: “Leonard hit Karla on her wedding day, when she was in a wedding dress,” reveals the cumbiambero’s sister

The singer was consulted by the Panamericana Televisión program for his sister’s statements and assured that he only wants to approach his mother to ask for financial support. “It is something that the lady who takes care of my mother, my uncles, my cousins ​​and my aunts know… unfortunately, every time he approaches her, perhaps in the mood to say hello, in the end he ends up asking her for money”, the artist noted.

In that sense, he was outraged by Vanssa’s alleged intentions. “After all that my mother has given us and now that we are already full-fledged people… she is a person with more than 30 years and asking for money from a person who is 78 years old, who is in bed… what is that? I totally disagree with it because that just makes him a scoundrel”Leonard Leon said.

LOOK: Pancho Rodríguez breaks into tears LIVE when he cannot return to Peru: “I have my life project there”

VANESSA CRIES AND ASKS TO SEE HER MOTHER

The dispute between the brothers began in 2019, when Vanessa denounced him for having physically and psychologically assaulted her. On that occasion, the singer was arrested and already had a history of violence against his ex-partner, Karla Tarazona.

Vanessa Leon indicates that her mother’s caregiver is conditioned by her brother not to allow her to enter the house. To prove it, she showed an audio where the woman tells her to go but she is not responsible for the singer’s reaction.

Vanessa was only able to see her mother a few weeks ago, when Doña Matilde underwent surgery and lost one of her legs. “Leonard is the one who decides, the one who commands”, indicated to the Lady Guillén program.

“When she knows I’m trying to knock on the door to get in, she calls the lady who takes care of my mom and she, to avoid problems, doesn’t let me in,” he added, assuring that he only has contact with his mother by phone.

Vanessa Leon She broke down in tears from the desperation of not being able to see her mother in her last days. “I have left everything to God because it is not good for me. I have three daughters to whom I have to set an example. I want to have my mother by my side because I know that at any moment she will not be there and just as I could not say goodbye to my mother, I do not want the same thing to happen to her.” narrowed down

Janet and her hint to Melissa: “I hope you don’t end up speaking ill of us on another channel”

Magaly ‘collides’ LIVE with Pamela Vértiz: “What Melissa Paredes did was a cheat and a liar”

Janet Barboza reveals LIVE details about Melissa Paredes: “She told us that ‘Gato’ Cuba did forgive her the ampay”