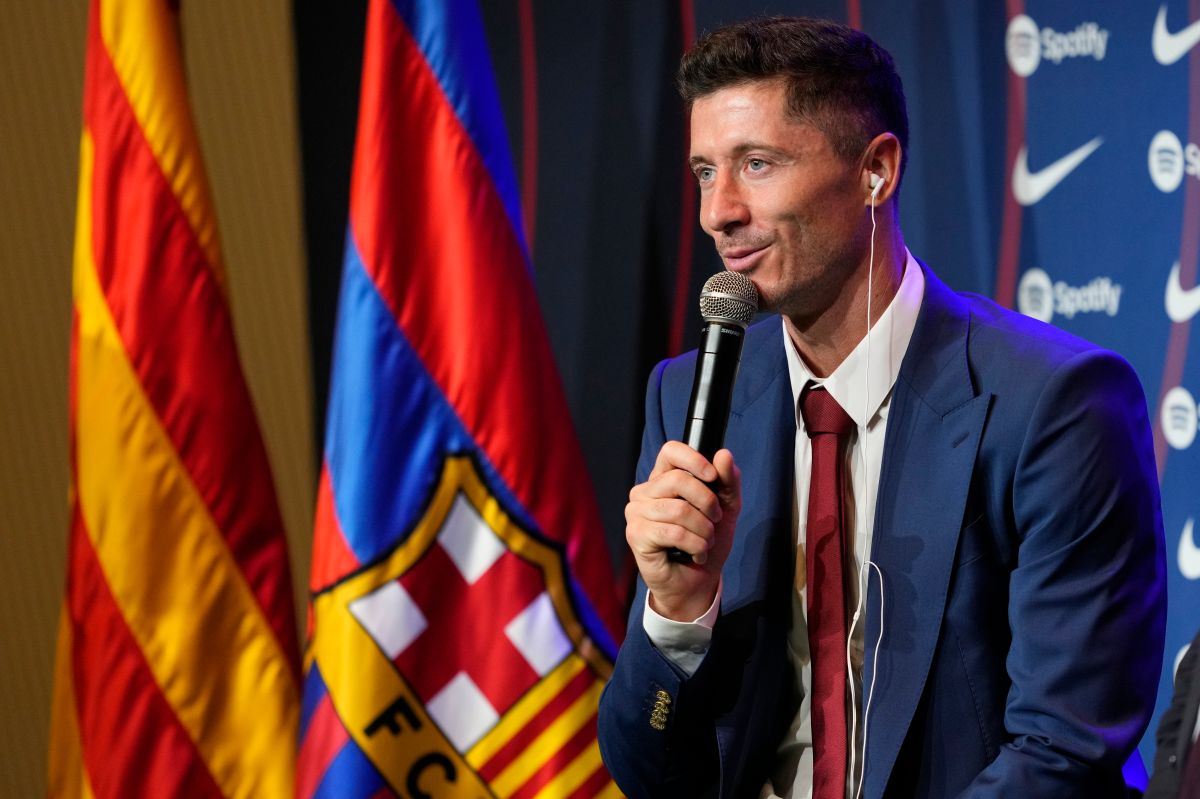 Robert Lewandowskithe great signing of Barcelona, ​​lived this Friday his first great day in the Spotify Camp Nouwhere they met more than 55,000 spectators, one of the most massive presentations in the history of the Barça entity (despite the fact that the stadium It wasn’t even close to full.

According to the Catalan club, they retired 59,026 tickets to attend the presentation. Attendance at the stadium was on a par with the great presentations in recent years. They came a few less than when Diego Armando Maradona He wore that Meyba shirt in 1982, although then the presentation was joint by the entire team.

How was Lewandowski’s presentation?

Robert jumped with number 9 on his back, so far held by Memphis Depay. “It was a strategic decision of the club,” he explained. Joan Laporta, president of Barcelonawhile the Camp Nou went crazy.

Laporta almost acted as ‘speaker’ in the stadium. Microphone in hand, he thanked the player for his effort in coming to Barça. “It was not easy, believe me. This operation was possible because the player wanted to come to Barça”, said the manager, who especially thanked Pini Zahavi, Lewandowski’s representativeyour effort in the operation.

“Today is a historic day”said an exultant Laporta. The striker’s first words were in Catalan: “I’m very happy to be in Barcelona. I am very proud to be a Barça footballer. It has been difficult, but in the end I am here. My happiness is great I’m sure I’ll score a lot of goals in this stadium and we will win many titles”, said the striker at the stadium.

Later in the press room he admitted that the affection of the spectators had been incredible, and that he had felt emotional during the presentation. “It is difficult to find the words. When I saw the project I made the decision. I know that Barça is coming from a difficult moment, but everything will be much better. My teammates have a lot of potential, and with this team We can do very good things.” opined.

Lewandowski doesn’t feel how old he is. He considers that Barcelona was the perfect next step in his carrer. “I am very satisfied,” he insisted.

The president of Barcelona commented that the incorporation of Lewandowski was special because of his charisma and ambition. He stressed that he is an elegant and respectful footballer. “We saw it today, people are excited. We are facing a new stage, and he is one of the references”insisted the Barcelona leader.