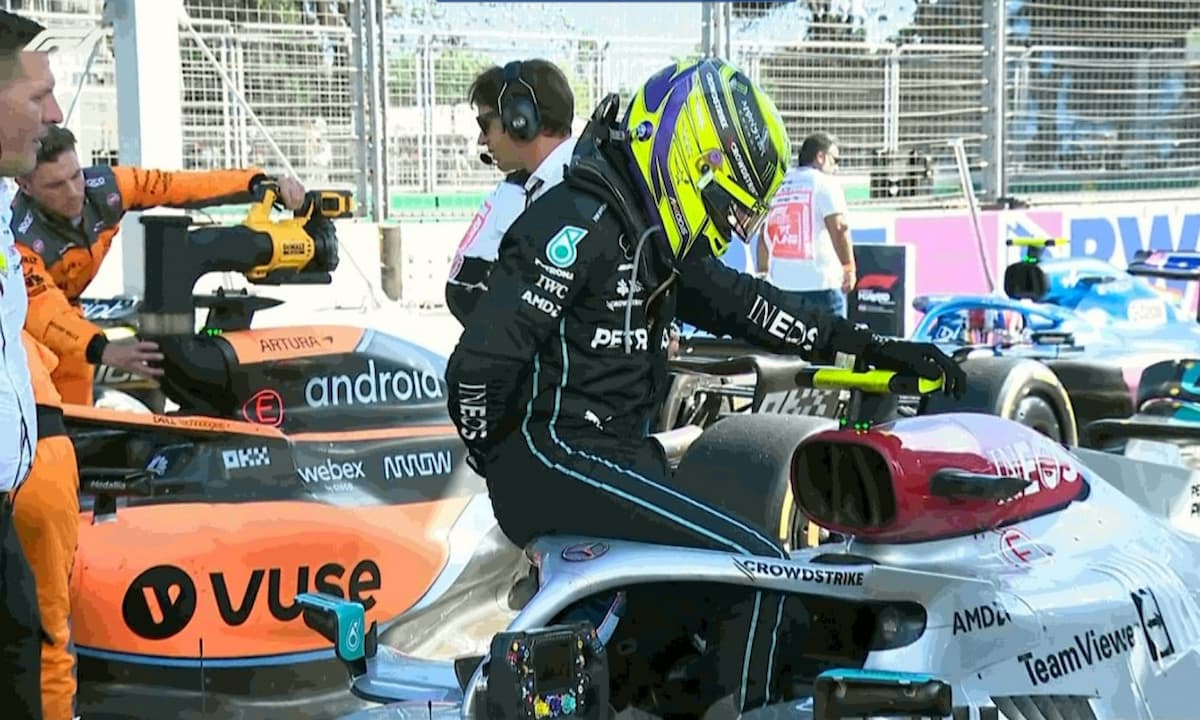 Lewis Hamilton disappointed again and finished 4th in the Azerbaijan Grand Prix, but at the end of the race, the seven-time world champion was caught in a worrying state.

The driver of the Mercedes struggled to get out of the car and was helped to do so due to the terrible back pain. According to director Toto Wolff, the participation of the 37-year-old Briton in next week’s race in Montreal is being questioned.

“Yes, of course! It is obvious that it is not something muscular, it goes directly to the spine and there are some consequences. The solution is to have someone to spare, which we have at every race“, Wolff said.

Mercedes boss Toto Wolff knew about Hamilton’s problems and talked to him in his headset: “It’s a shitty box to drive. And I’m sorry for the back pain ,” Wolff said.

Hamilton, 4th in the Azerbaijan Grand Prix and 6th in the drivers’ standings

Hamilton, visibly tired, had the strength to respond: “Well done, boys! And well done for the strategy! Thank you for continuing to press me.”

After dropping out of the car with great difficulty, Hamilton moved slowly to the pits, and at the end gave a suggestive statement: “The only thing was that I gritted my teeth, just pain and adrenaline. I can not “I explain the pain you feel here, especially on the straight line. In the end, just pray it ends ,” Hamilton said.

Lewis Hamilton has a disappointing season and is only 6th in the standings, 78 points behind leader Max Verstappen (Red Bull).