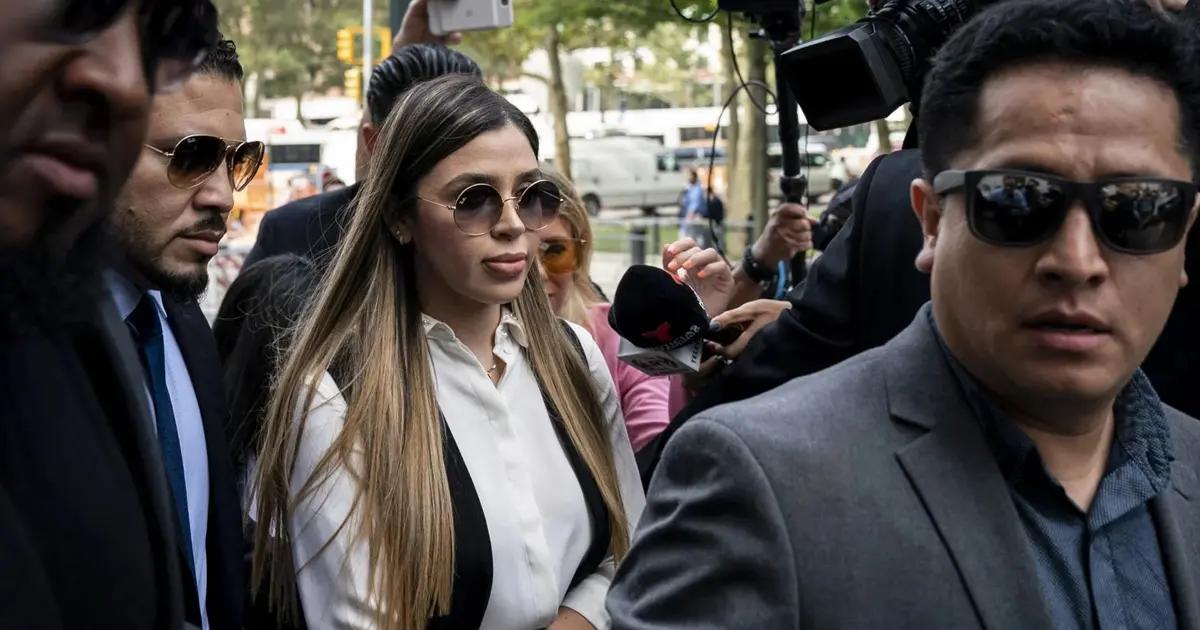 Emma Coronel Aispuro, the wife of Joaquín “El Chapo” Guzmán, could be released from prison sooner than expected because, according to information from the Federal Bureau of Prisons, the woman is expected to be released well before September 13, 2023.

It should be noted that since February 2022, the sentence reduction of “El Chapo’s” wife had already been announced since it was initially established that she would serve her sentence until 2024. However, her defense obtained a reduction of her sentence from 36 to 31 months in prison.

However, on January 10, Proceso reporter Diana Lastiri detailed information on the case, in which she pointed out that Emma Coronel could be released intermittently at the end of this month (January) and the beginning of February.

As the journalist points out, the time in prison could be shortened even more since, in the United States, in case of good behavior, inmates can reduce their stay in prison on the condition of serving 85% of the sentence.

In addition, Emma Coronel adds more points in her favor since, in parallel to the benefits obtained for having collaborated with the authorities, the 10 months she spent in custody without the right to bail after her arrest was subtracted from her sentence.

Also, because Coronel Aispuro is a U.S. citizen, she is eligible for a social reinsertion program promoted by federal authorities, which allows detainees to leave during the day and return to sleep in prison six months before their scheduled release date.

It should be noted that after her release from prison, Emma Coronel will spend 48 months on full parole. She will also have to submit to various restrictions imposed in the documents she was given after her conviction.

One of them states that once free, she will have to get a job in which she will keep herself busy for at least 30 hours a week, which she can only get out of with a court order.

Meanwhile, her husband, and former leader of the Sinaloa Cartel, Joaquín “El Chapo” Guzmán, is currently being held in ADX Florence, a maximum security prison located in Colorado, United States, also known as “Alcatraz of the Rocky Mountains” or “Supermax.”

Meanwhile, her stepson, Ovidio “El Ratón” Guzmán, also wanted by the U.S. government, was arrested after a heavy security operation in Culicán, Sinaloa, on January 5.

The arrest of Emma Coronel

In 2021, the former beauty queen and wife of “El Chapo” was arrested at Dulles International Airport in Virginia. According to the U.S. Department of Justice, the woman faced international drug trafficking charges.

Once on trial, authorities found her guilty not only of assisting in drug trafficking but also of having collaborated with her husband to help him escape from the Altiplano maximum security prison (located in Mexico) in 2015.