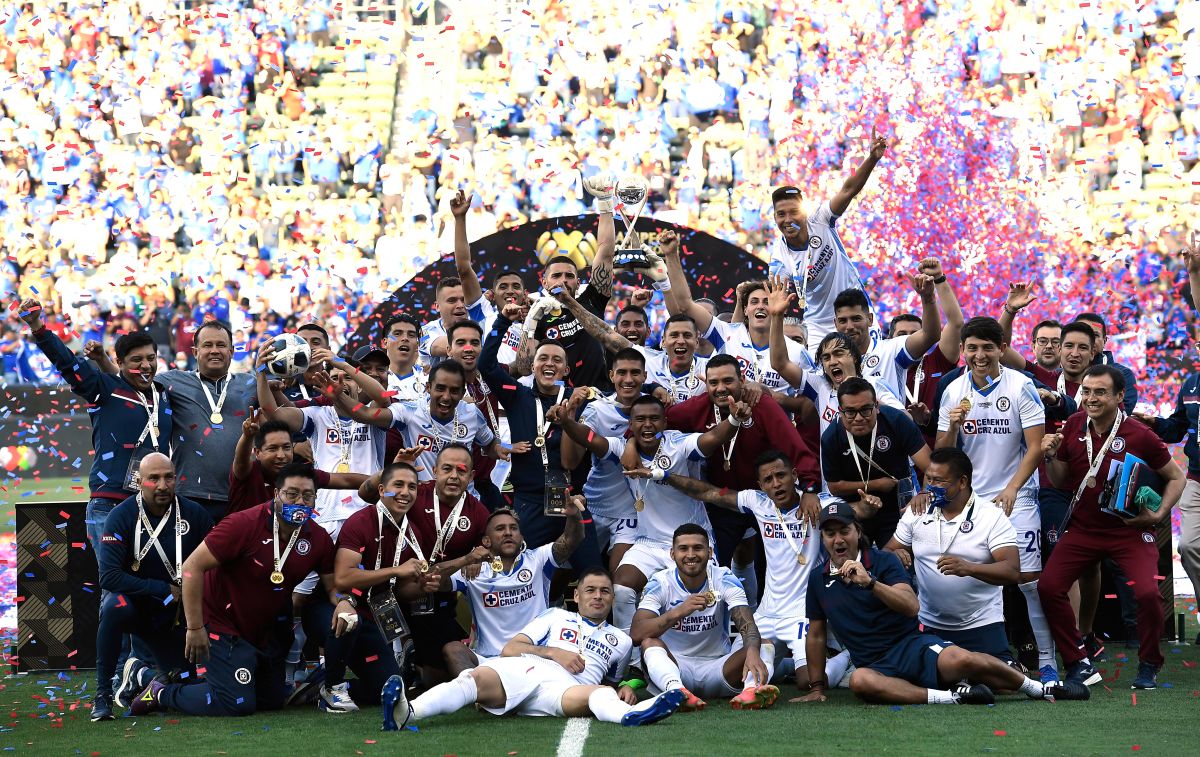 The main course will arrive on Sunday at 17:30 local time (00:30 GMT on Monday) in the Dignity Health Sports Parkthe stadium where they usually play their matches on LA Galaxy of Mexican Javier ‘Chicharito’ Hernández. There you will see the faces Atlas, two-time champion (Opening and Closing) of the 2021-2022 season, and Cruz Azul, who was the Champion of Champions of the 2020-2021 season.

The Champion of Champions is usually decided between the winner of the Apertura and Clausura in each season, but, since this year the Rojinegros did double, Liga MX opted for a special Super Cup format with Cruz Azul as its rival.

In addition, those responsible for the Mexican soccer league pointed out this week that all tickets have been sold for this meeting so a great atmosphere is expected on Sunday in the Californian city.

Atlas arrives with high morale after becoming the third team to obtain a two-time championship in the Mexican championship this century and this week announced its new signing, the Peruvian international Edison Flores.

For its part, Cruz Azul will attend this match with its new technical director, the Uruguayan Diego Aguirre, who replaced the Peruvian Juan Reynoso on the cement bench.

Before the duel for the Super Cup, Liga MX will meet on Saturday at the Orpheum Theater in Los Angeles to present its awards of the season.

Due to the pandemic, this Mexican soccer Ballon d’Or ceremony is the first face-to-face since 2019.

In addition to the award for the best player of the season, the gala, for which the 18 teams in the league have voted in addition to a council made up of 11 journalists, will announce awards for specific positions and the best coach.

These are the nominees:

You may also like:
· Goodbye to Cata Domínguez? The historic Cruz Azul footballer spoke of his retirement from Liga MX
· Rotten wardrobe in Tigres de la UANL? Luis Quiñones was separated from the team
The return of Ronaldinho to Mexican soccer: the Brazilian star returns to Mexico at the age of 42