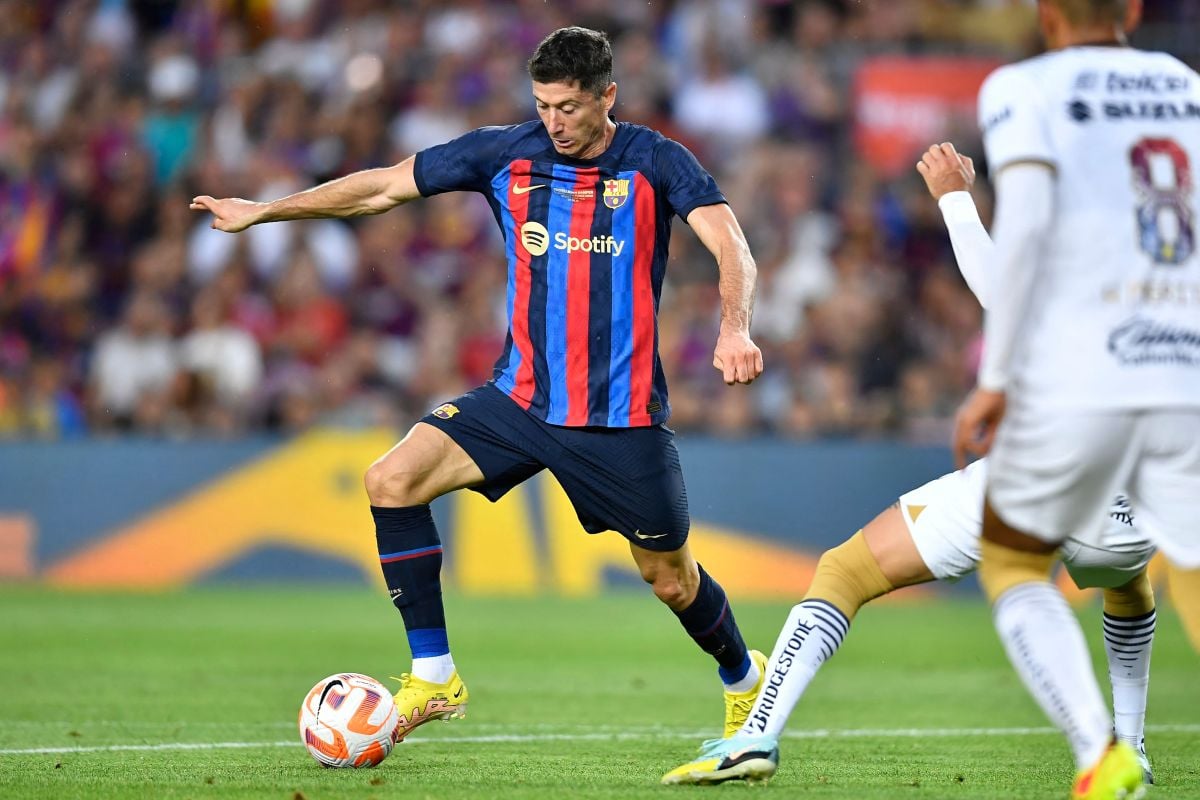 The Pumas arrived at the Camp Nou with the hope of offering a great show and trying to make the night bitter for FC Barcelona, ​​and with all the spotlights on Dani Alves, however, the Catalans lived a special night at the hands of a plethoric Lewandowski who gives back to the fans the illusion of competing for everything.

A game that aroused great expectations on paper, but on the pitch it was another story: Xavi’s men thrashed 6-0, leaving Mexican football in evidence, because with the recital of goals suffered by Andrés Lillini’s team they equaled the second worst thrashing history of the Joan Gamper trophy, which coincidentally was held by another Mexican team, León, in the 2014 edition, only surpassed by the 8-0 that Barcelona beat Santos from Brazil in the 2013 edition.

Lewandowski did not disappoint in his presentation at the Spotify Camp Nou, being the highlight of the match contributing a goal, two assists and showing a very high level of play.

It took the Pole two minutes to score the first goal and predict what would be a scandalous win. ‘Lewy’ took advantage of a pass into the void by Pedri and with great class he dribbled past the Mexican team’s goalkeeper and defined with his right foot.

In the 2-0 he was also involved, this time as an assistant, in a new combination with Pedri. The 5th minute was played and Barcelona already surpassed Lillini’s men by a difference of two.

The culé team had only faced the university students once. That match took place in 1963 in a friendly in Mexico, where the Catalans gave him a similar thrashing: 6-1.

In fact, in the history of the Catalan club there have been 31 games against Mexican teams, the last one was the aforementioned against León, also in the Joan Gamper trophy that also ended 6-0.

In the clashes in the history of FC Barcelona against Mexican teams we can find the following:

After the exhibition of FC Barcelona, ​​the fans were excited and in anticipation of what will be the club’s debut in LaLiga in the 2022-2023 season, where the Blaugrana will host Rayo Vallecano next Saturday.