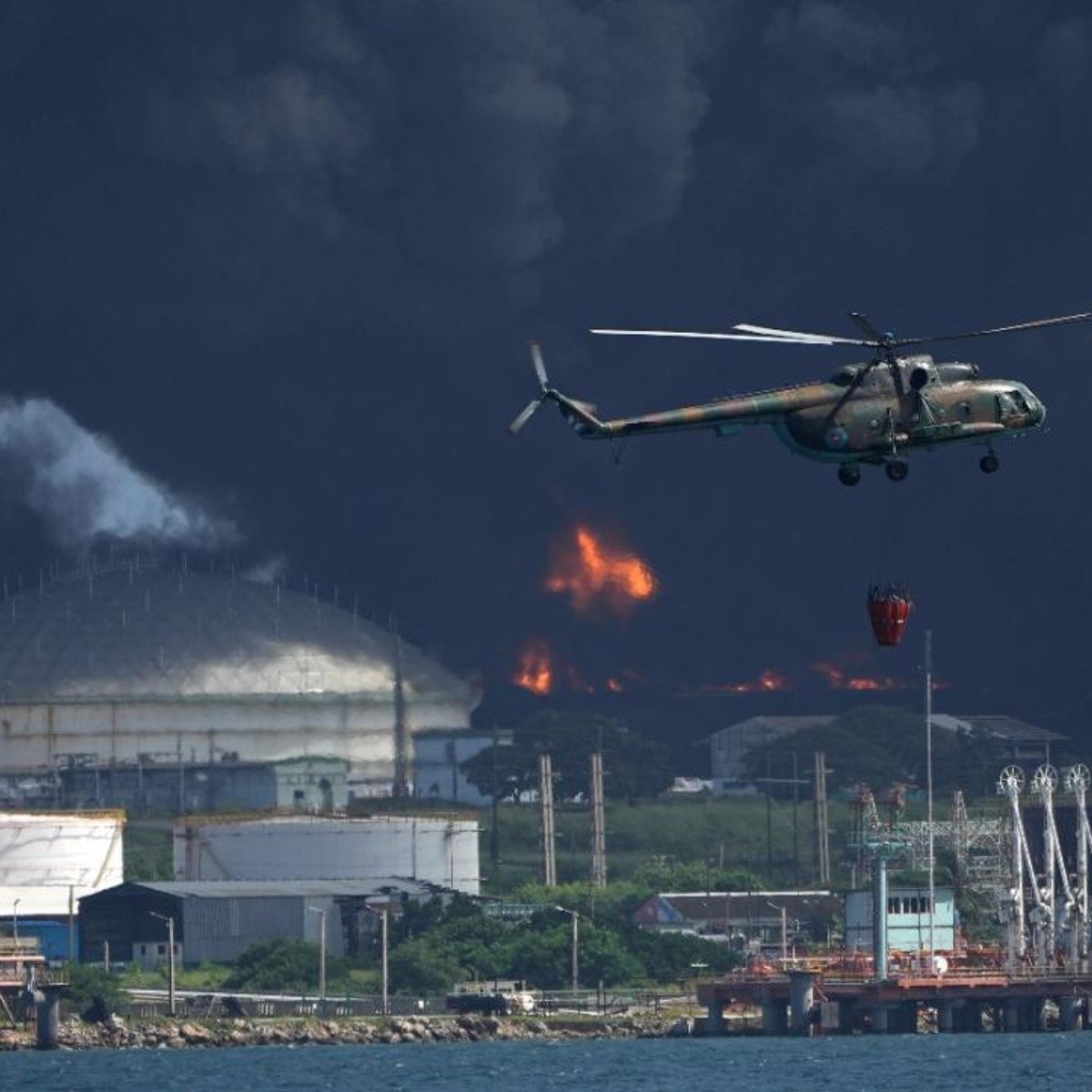 Havana.- A fire caused by a lightning strike in a storage tank of crude oil in the Cuban city of Matanzas caused four explosions and injured more than 70 people, officials and official agencies reported early Saturday morning.

The incident began on Friday nightwhen an electrical storm occurred in the area of ​​the Matanzas Supertanker Base, tweeted the Ministry of Energy and Mines.

The fire could not be put out despite the work of firefighters and specialists, so it continued on Saturday morning, also involving the adjoining containers. Authorities reported at least four explosions and two tanks catching fire.

The Facebook page of the provincial government of Matanzas reported that the number of injured rose to 77 people, while there were 17 missing. The Presidency of the Republic specified that the 17 are “firefighters who were in the closest area trying to prevent the spread.”

Three local journalists who were covering the news were also injured. during one of the early morning explosions, but they are out of danger.

“I was in the gym when I felt the first explosion. A column of smoke and terrible fire rose through the skies,” said Adiel González, a 32-year-old language graduate from Matanzas. “The city has a strong smell of sulfur,” he told The Associated Press by telephone. .

Gonzalez said that heard other explosions more at dawn and that they sounded “like bombs”.

The authorities indicated that the neighborhood closest to the affected area was evacuated, the Dubrocq cast, but González added that some people decided to move away from another, called Versalles and a little further from the Supertanker Base. There were many ambulances, police and fire vehicles everywhere.

The city of Matanzas has about 140,000 inhabitants. It is located about 100 kilometers from Havana, next to the bay of the same name.

The fire occurred at a time when Cuba is having great difficulties obtaining oil. —it must buy half of what its market requires— to meet the demand of its energy system and reduce blackouts, which overwhelm the population. The amount of fuel consumed by the flames so far is unknown, but since it was a national bill, its destination would have been the thermoelectric plants.

According to the Cuban News Agency, the impacted container was at 50% of its capacity and the lightning rod that the base had could not protect the power of the discharge. The fire subsequently spread to a second tank.

Cuban President Miguel Díaz-Canel traveled to the area of ​​the fire at dawn.

Local meteorologist Elier Pila showed satellite images of the area, which showed a dense column of black smoke moving west from the point of the fire and reaching as far east as Havana, the capital. “That plume (the way it looks) can be close to 150 kilometers long,” he wrote on his Twitter account.