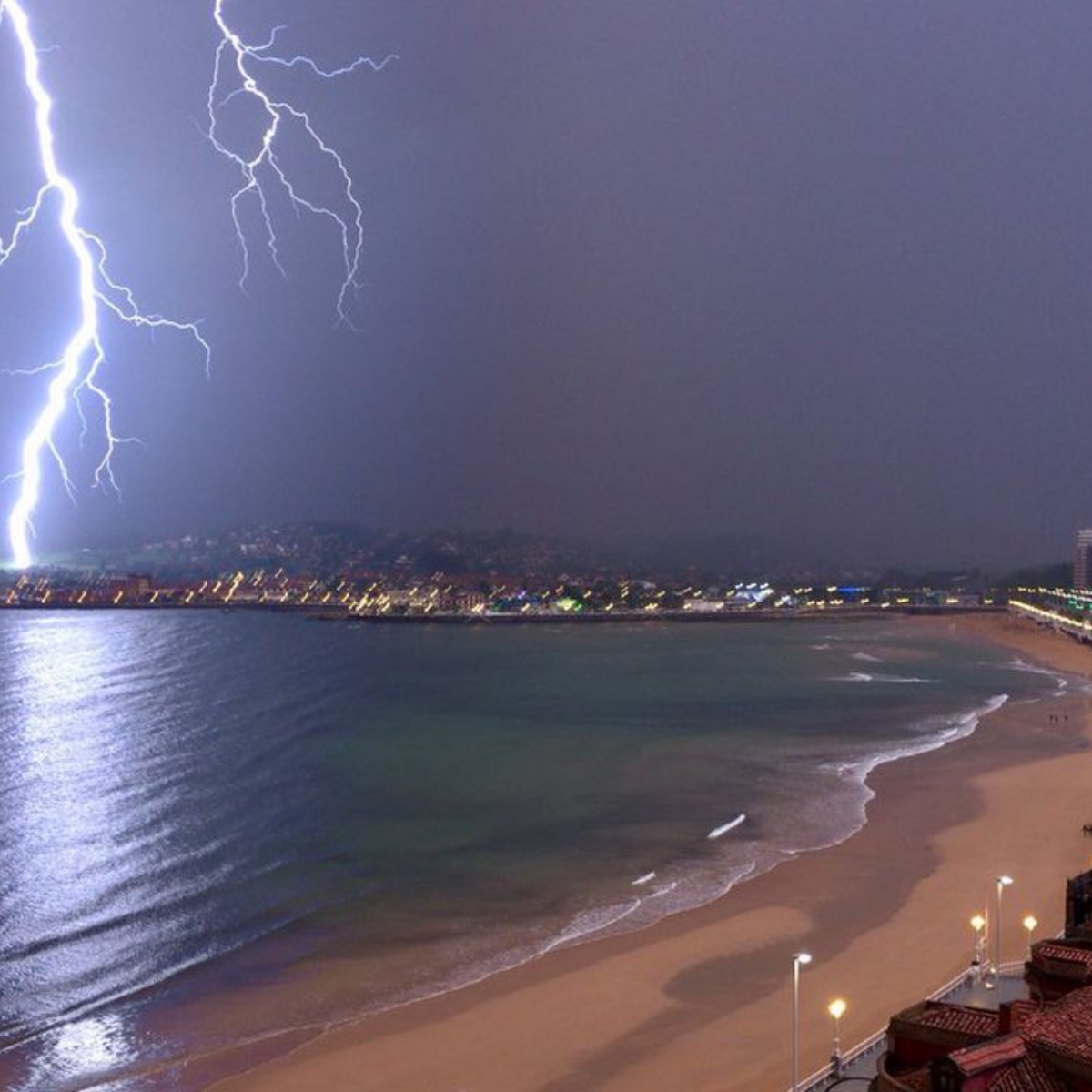 On Friday, July 5, the lightning strike in the western city of Matanzas, in Cuba, which caused the explosion of several oil tanks and left more than 40 injured. The situation put the battered electricity service on the island under stress, since the fuel that was not suffocated supplied two nearby thermoelectric storms.

“Due to a storm, lightning struck crude storage tank 52 at the Matanzas Supertanker Base, causing a fire.”

In the first of the two fires, the situation could not be controlled and it spread to a second fuel tank, which also exploded during the early hours of this Saturday, August 6; Until 9:00 a.m. on this day, the fire continued, causing an intense cloud of black and toxic smoke.

The situation was so serious that the president of Cuba showed up at the scene, located about 100 kilometers east of Havana, where he even went to see the injured.

In the United States, lightning killed three people outside the White House on Friday, one more is hospitalized.

Fires and blackouts due to lightning strikes

Members of the fire department and rescuers are trying to put out the fire that persists at the site and according to the Cuban News Agency, the first tank that was affected, “was at 50% of its filling capacity, which is 50,000 cubic meters”.

“The only thing we were missing, now a fire and soon the Guiteras (thermielectric) plant will also stop generating electricity.”

It is expected that there will be damages of 854 megawatts, so this Saturday, there would be nine electricity generating units out of service. The supertanker base affected in Matanzas, which supplies two thermoelectric plants with national crude oil, was also affected by the impact of lightning in Cuba.

Since last May there have been constant interruptions in the electrical service on the island and it is due to several factors, including the lack of budget.

It may interest you: Lightning strike kills 11 people in India

How much is the voltage of lightning?

A bolt of lightning can contain more than 15 million volts and be up to 13 kilometers long. When it hits people, it can even lead to death. Who are affected by a situation like these.

Injuries to the body can be permanent and even fatal, so there are recommendations to avoid this type of event.