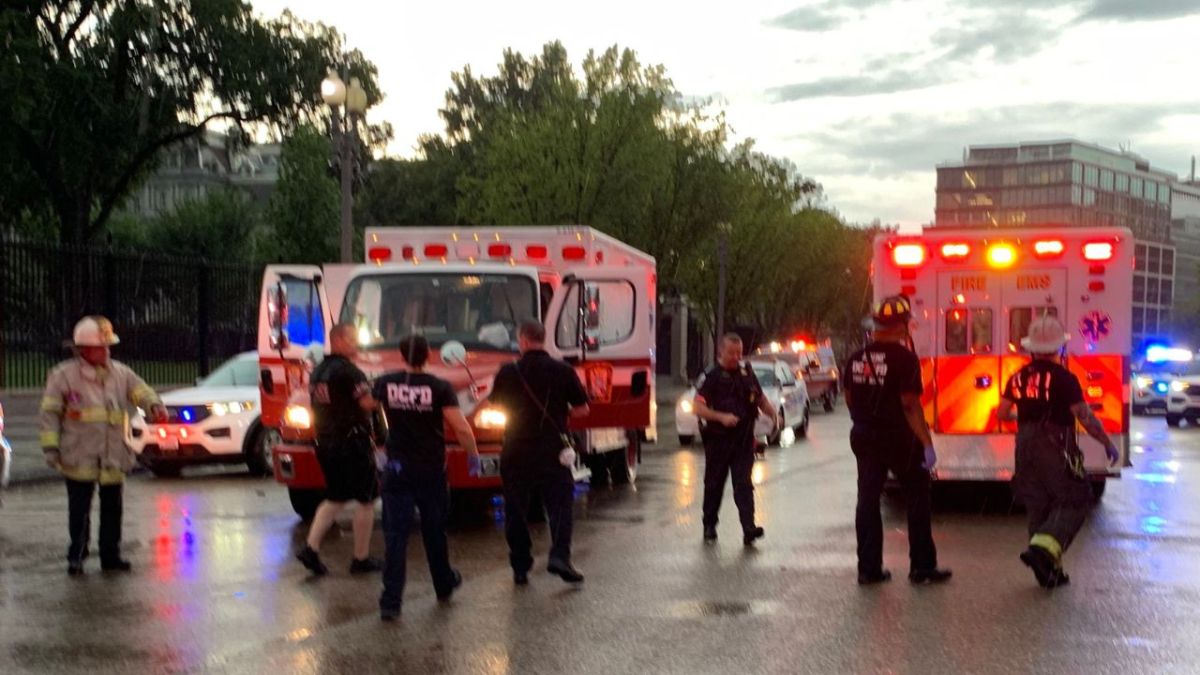 Four people were injured and are in critical condition after being struck by lightning that struck Thursday near the White House.the residence of the President of the United States in Washington.

In a message on Twitterthe fire department and emergency medical services of the US capital indicated that four people received medical attention and were taken to hospital in critical condition after receiving the “apparent impact” of lightning.

The lightning struck Lafayette Square, which is located just north of the White House, in the midst of the great storm that is falling this afternoon in Washington.

It is worth mentioning that President Joe Biden is in the White House recovering from Covid-19, but there is no indication from the US Secret Service that the residence was affected by the storm.

Lafayette Park is a popular site for tourists visiting DC to take pictures outside the White House.

Doppler radar showed strong thunderstorms moving through the region shortly before 7 p.m. with lots of lightning.

About 40 million lightning strikes strike the United States each year and the Centers for Disease Control and Prevention says that 90 percent of all lightning victims survive.

Also read:
Lightning kills 28 cows in a “strange case” in Canada
Florida woman caught the exact moment when lightning hit her husband’s car
Father of 15 children dies after being struck by lightning during a storm in Ohio