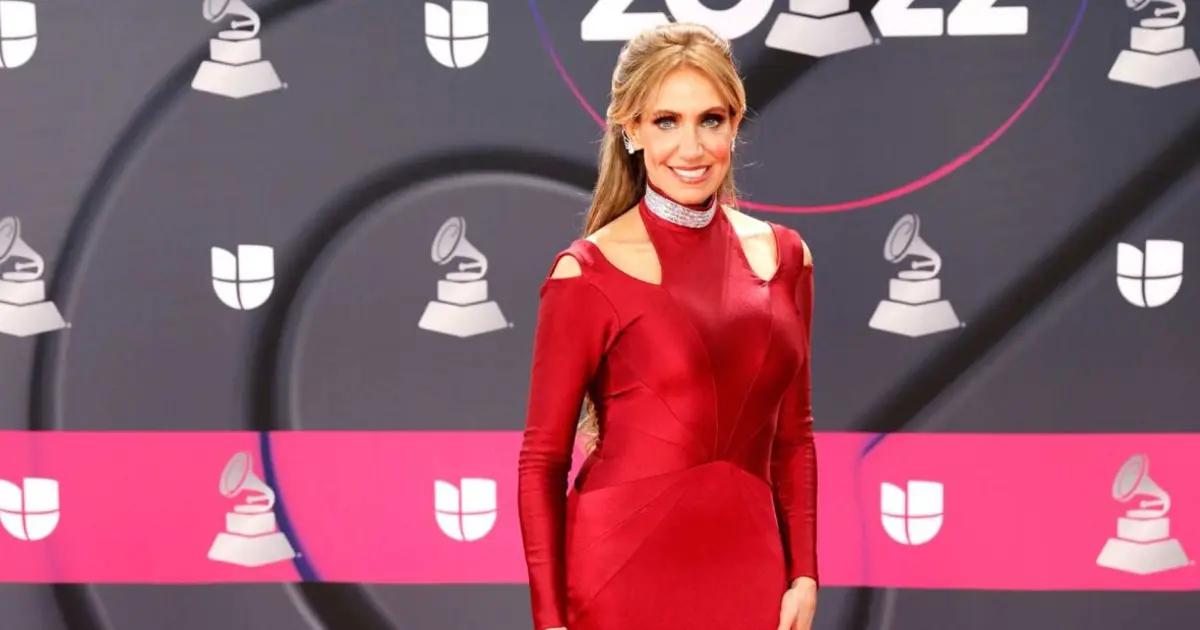 Lina Luaces, the daughter of TV host Lili Estefan, uploaded some photos on Instagram that have enchanted her followers, as she wore a black miniskirt and long boots that stylized her figure even more.

In the images shared by the model, she is seen doing different poses with a top in the hotel where she stayed in Las Vegas.

This outfit was worn by the daughter of the ‘El Gordo y la Flaca’ host for the ‘Person of the year’ event of the Latin Grammy Awards, in which the singer Marco Antonio Solis was recognized.

At 20 years of age, the young woman has become a very popular figure in social networks due to her beauty and, of course, the great fame of her mother, who has years as one of the main presenters of Spanish-language television in the United States.

In these photos it was noticed that now she does not have blonde hair, just like her mother, as she dyed her hair black, giving an important change to her image, with a more mature look.

Lili Estefan has also shared some images showing off her daughter. “With my skinny junior, Lina Luaces, do you recognize her?” she wrote in the description of a carousel of photographs in which she appeared dressed in white, very well accompanied by the young model.

The presenter’s audience was delighted with these images and left hundreds of compliments in the comments box. Some of the comments were: “Beauty,” “Gorgeous,” “That girl is the face of the father”, “Lili looks better, if the daughter changed the profile of her face and wardrobe she would look better,” “And this pair of sisters? I didn’t know them, both beautiful, wow, they look like sisters”, “The hair color looks beautiful on Lina and you, spectacular as always,” “Always perfect my Lili,” “Beautiful, mother and daughter”.

Others told her: “How pretty you look Lina with your black hair, they are beautiful”, “How beautiful, I love your daughter’s new look”, “Such a pretty beauty,” “The queen and the princess”, “They look spectacular”.