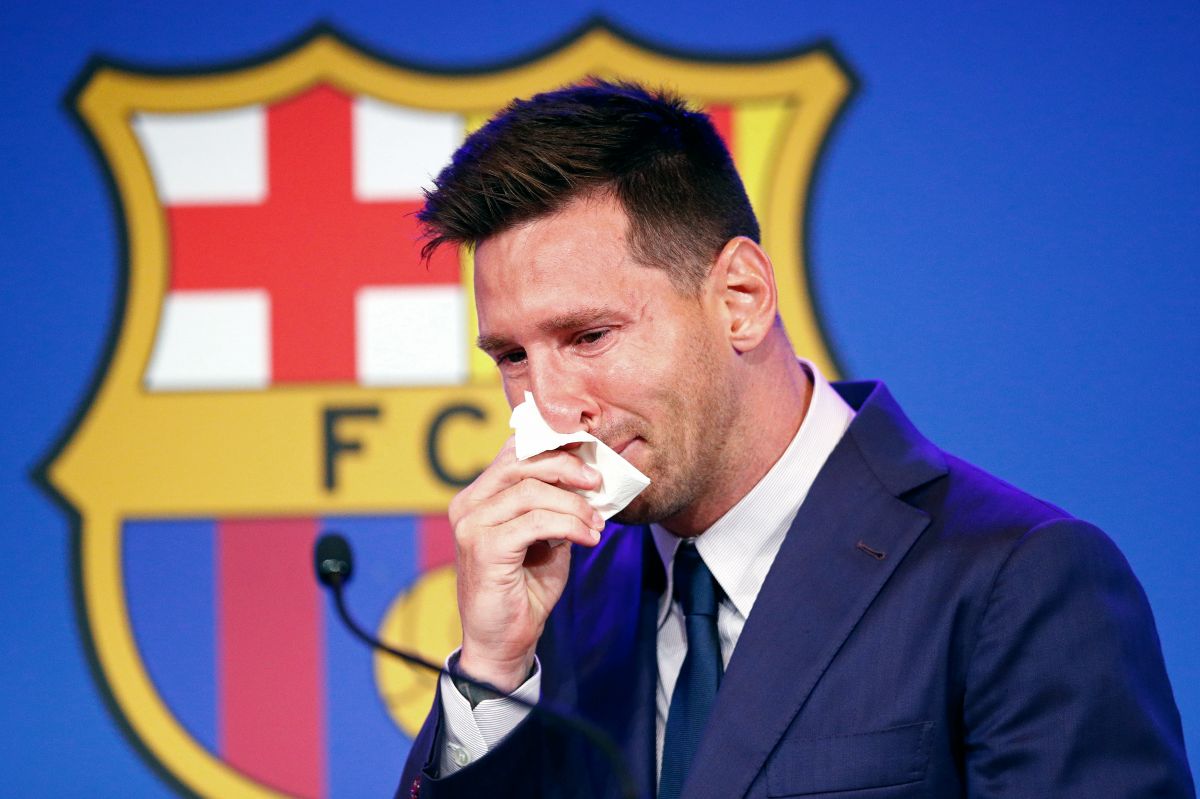 The departure of Lionel Messi from FC Barcelona It was one of the most momentous news in 2021, as far as the sports world is concerned. His arrival at Paris Saint-Germain It was motivated by the economic crisis of the Catalan team. Joan Laporta, president of the Spanish team, acknowledged that he expected retain the Argentine for free. However, “La Pulga” revealed some details of his departure.

“I didn’t expect it at all. I had in mind to sign my contract and resume training immediately. I thought everything was fixed and that only my initial was missing (in the contract). But, when I arrived in Barcelona, ​​they told me that it was no longer possible, that I could not stay and that I had to find another club, because Barça did not have the means to renew me. It changed my plans ”, declared Messi in an interview with France Football.

Under these circumstances, the dilemmas of the Argentine player began. Beyond the club is a complete family that has created its present and planned its future within the city. The change was going to be abrupt and this is how Lionel Messi related it.

“It was extremely difficult to accept. To think that we were going to have to leave the house and that the family was going to have to turn their routine upside down. The children were going to have to change schools and accompany us to a new place. It was the first time this had happened to me in my career. I had decided, and my family too, that I was going to finish my degree in Barcelona. It was very difficult, but we managed to pass this test together. Many things went through my mind, but I had no choice but to leaveHe explained.

On the other hand, “La Pulga” revealed what were the factors that led him to opt for Paris Saint-Germain, Mauricio Pochettino’s club in which he has scored a goal with his new shirt.

“I received other proposals, but I must admit that we reached an agreement quite quickly (with PSG). It was not easy because everything had to be fixed in a short time, practically overnight, when it was a very difficult operation to complete under the circumstances. Evidently, I was seduced by the project, the ambitions of the club, the players at their disposal, the group. All these elements made it easier to quickly reach an agreement ”, concluded.

Joan Laporta sends a little message to Lionel Messi: “I hoped he would play for free in Barcelona”

Neymar Jr. was attacked by a former PSG player: “He has become a spoiled brat”

Cristiano Ronaldo has a gold mine on his Instagram: know the fortune that the Portuguese receives for a publication