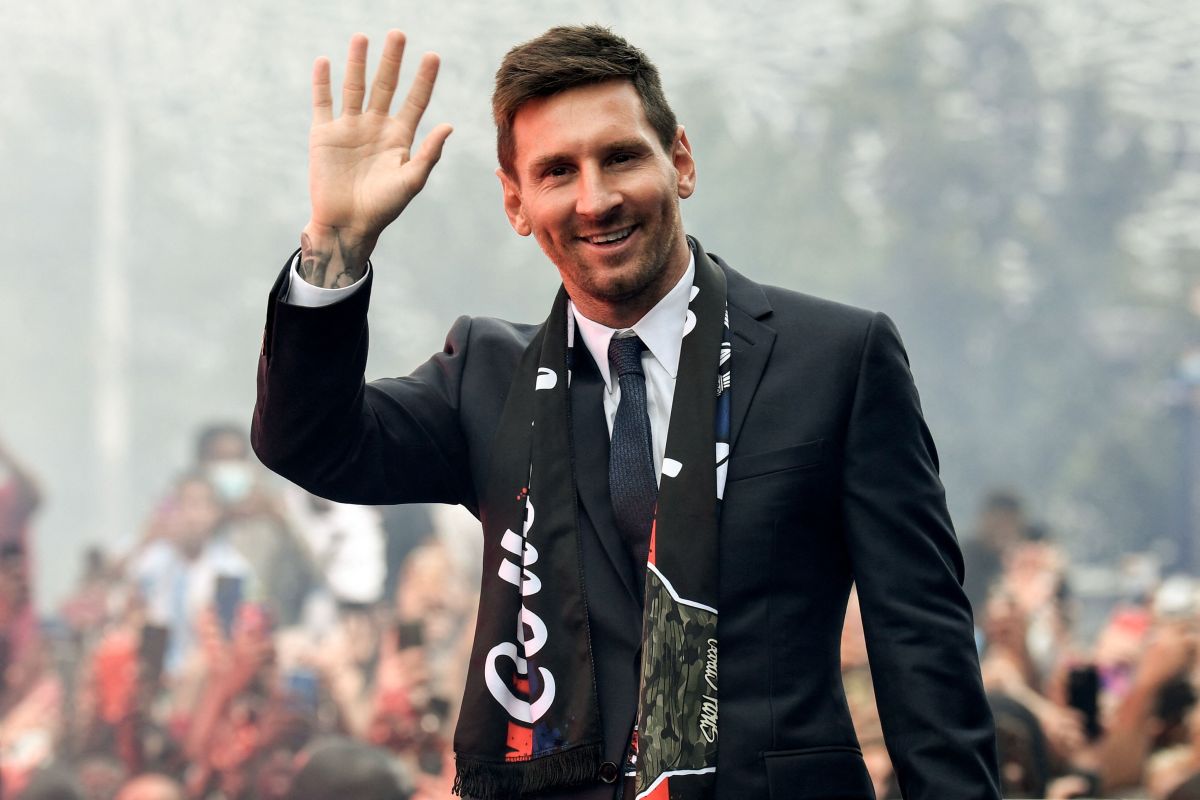 Finally the story between Lionel Messi and FC Barcelona came to an end. “La Pulga” was presented with the Paris Saint-Germain. The Argentine star will wear the shirt with the number 30 on his back. Leo toured various areas of Paris and shared unique moments as a new PSG footballer.

In the first instance, the club was in charge of making a video in which they presented their new star. Undoubtedly, The images show very closely what will be the new home of Lionel Messi. In this sense, it also generates great anxiety to see the Argentine’s official debut at the Parque de los Príncipes for Ligue 1.

The Argentine footballer lived a first day full of emotions. Messi went from the nostalgia of leaving Barcelona to the effusiveness and joy of PSG fans who received him with open arms and chanting his name non-stop. It was a long day that went from the medical approval to the most anticipated presentation of all time.

Messi is art and this was pointed out by Paris Saint-Germain. Without a doubt, “La Pulga” is the most outstanding work in a gigantic museum such as the French club. Former FC Barcelona player He will join great pieces such as Neymar, Kylian Mbappé, Ángel Di María, Sergio Ramos, Mauro Icardi, among other stars.

The word of Leo Messi is coming! 🎙️

The press conference will begin at 11am and you can watch it at https://t.co/E8rIqd1Lua#PSGxMESSI ❤💙 pic.twitter.com/gC07mxnRmr

In a 24 hours full of nostalgia, Lionel Messi offered his first statements as a Paris Saint-Germain footballer. “I am very happy, eager and very excited”said the Argentine at the press conference.

Finally, the French capital continued with its colorful party. PSG fans continued to celebrate the arrival of “La Pulga” and extended their welcome for many hours. Without a doubt, he is the signing that has given us talk in the world of football and sports in general. Lionel Messi will begin to write his story defending the colors of Paris Saint-Germain. There is great expectation about what the great king of the Park of Princes can do.

“I’m happy to be here, excited, with a lot of desire”: Lionel Messi ‘s first statements as a Paris Saint-Germain player

Lionel Messi is a new Paris Saint-Germain player: a king arrived at the Parc des Princes

Messi to PSG: why Qatar is the great beneficiary of the signing (in addition to the French club)