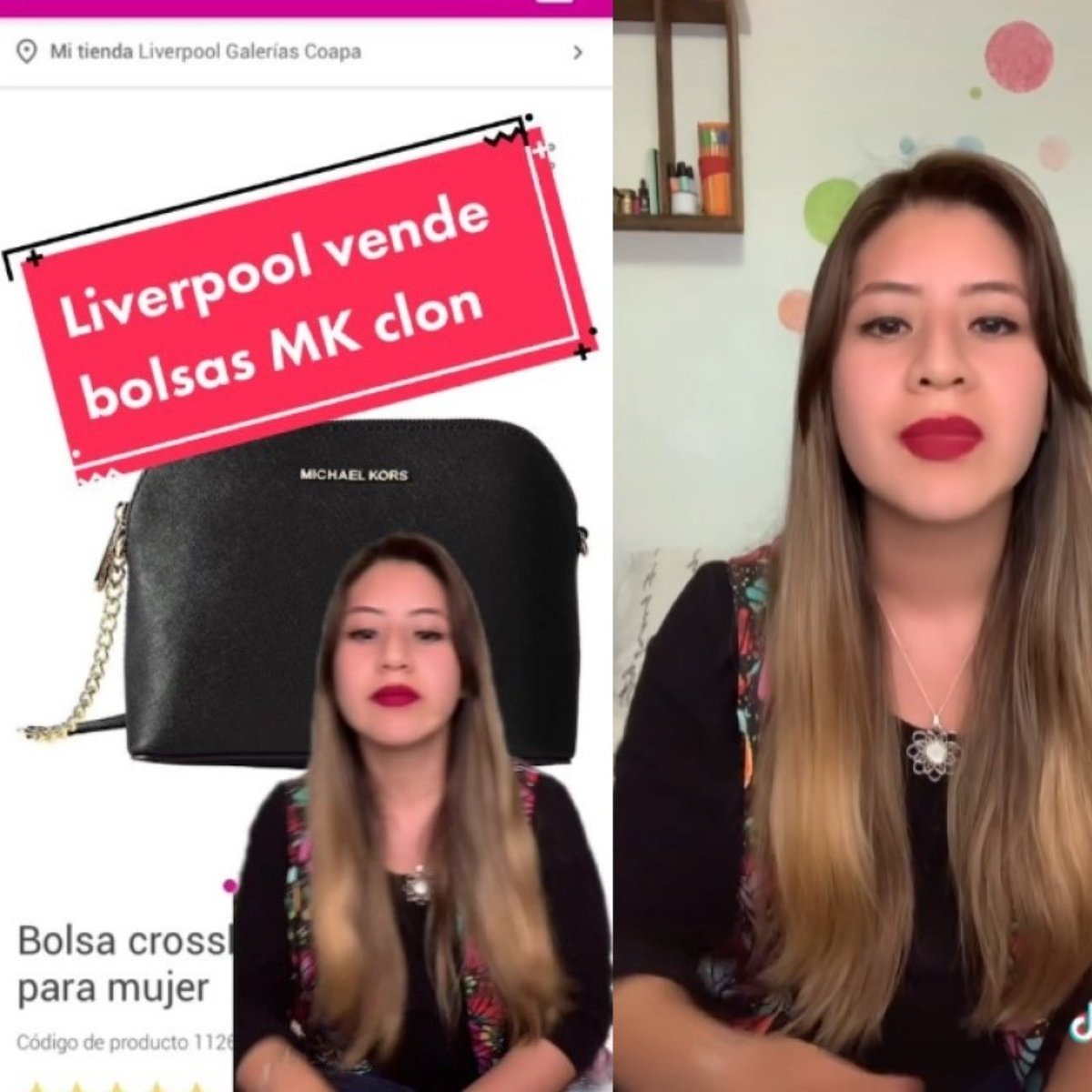 Buying branded bags can be complicated, as we have revealed in American Post Newsso many consumers prefer to buy them in department stores trusting that they are original, but now the doubt was activated when a TikTok user stated that Liverpool sells Michael Kors clone bag.

It was the self-named TikTok user danii_GE who revealed how she bought a Michael Kors branded bag from the Liverpool online store.

How did the girl know that Liverpool sells Michael Kors clone bag? Because the characteristics of the bag, Danii GE says that it is not the first time buying bags from original brands, for which he explained that when the order arrived, noto it arrived in a plastic wrap.

When she opened it, she felt strange about the texture of the fabric that serves as the bag’s dust cover, but feeling excited about her new acquisition, she didn’t give it much importance until she saw the bag’s label, she knew that Liverpool sells a clone Michael Kors bag.

It turns out that neither the letters nor the alignment and not even the label itself was like the ones commonly found on this brand’s bags.

It may interest you: How to know if an iPhone is original?

These have been some of the comments when learning from the viral TikTok video that Liverpool sells a Michael Kors clone bag, so they suggest going to official stores.