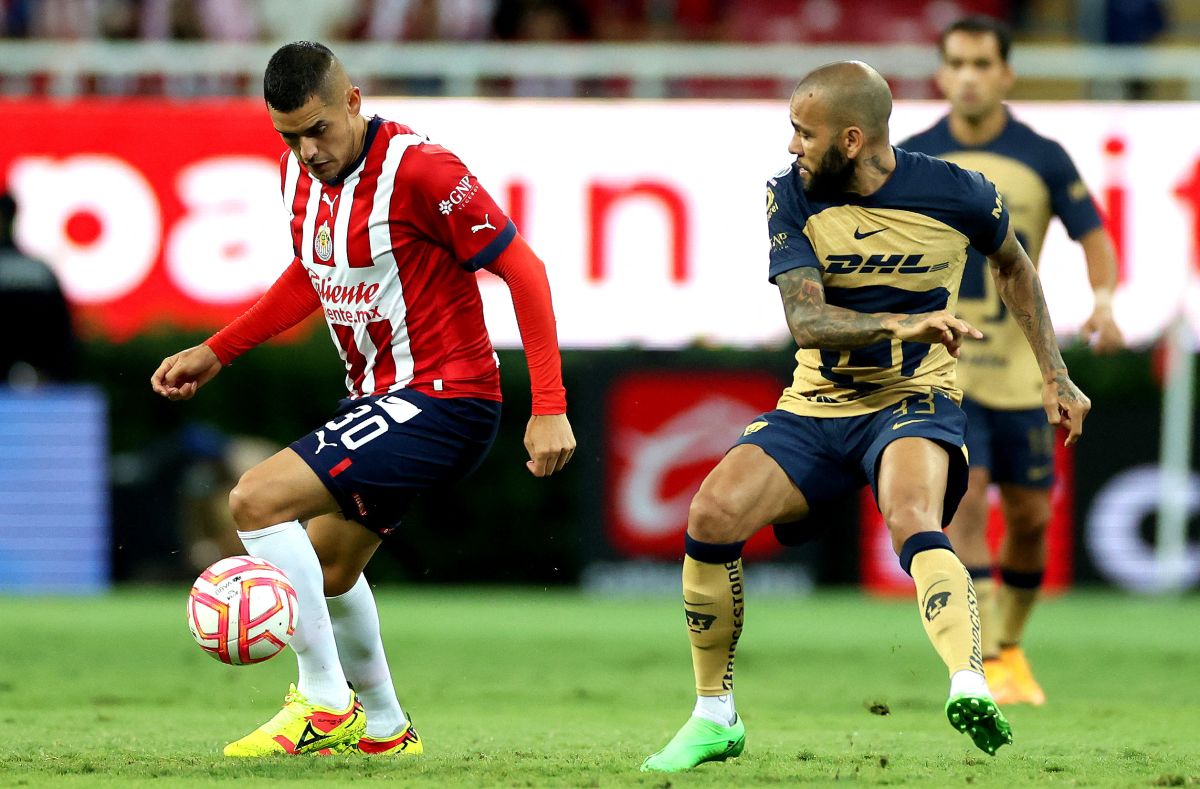 Despite the bitter 3-1 defeat suffered by Pumas over Chivas, the Brazilian Daniel Alves He lived a very particular moment, after several players from the Flock, asked him for autographs.

The Chivas players surprised the Brazilian throughout the entrance to the visiting locker room at Akron Stadium, where they lined up to ask Alves for his signature and chat with him for a while.

Among the players who approached the footballer stand out Alexis Vega, Isaac Brizuela, Gilberto Sepúlveda and Luis Olivas.

The Diario Record shared several photographs in which the moment in which they ask Alves for his autographs is clearly appreciated.

In fact, at the end of the match, the Chivas player, Alan Mozo asked Alves for the shirtand declared his admiration.

It seems that it was the moment in which Alves stood out the most, because during the game he could not generate more dangerous options, due to the good play of Chivas.

“Once a culé, always a culé”: Dani Alves’ emotional video in honor of FC Barcelona

Dani Alves throws the first dart on his return to Barcelona: “The only thing that makes me lazy is going back to the Camp Nou in white”