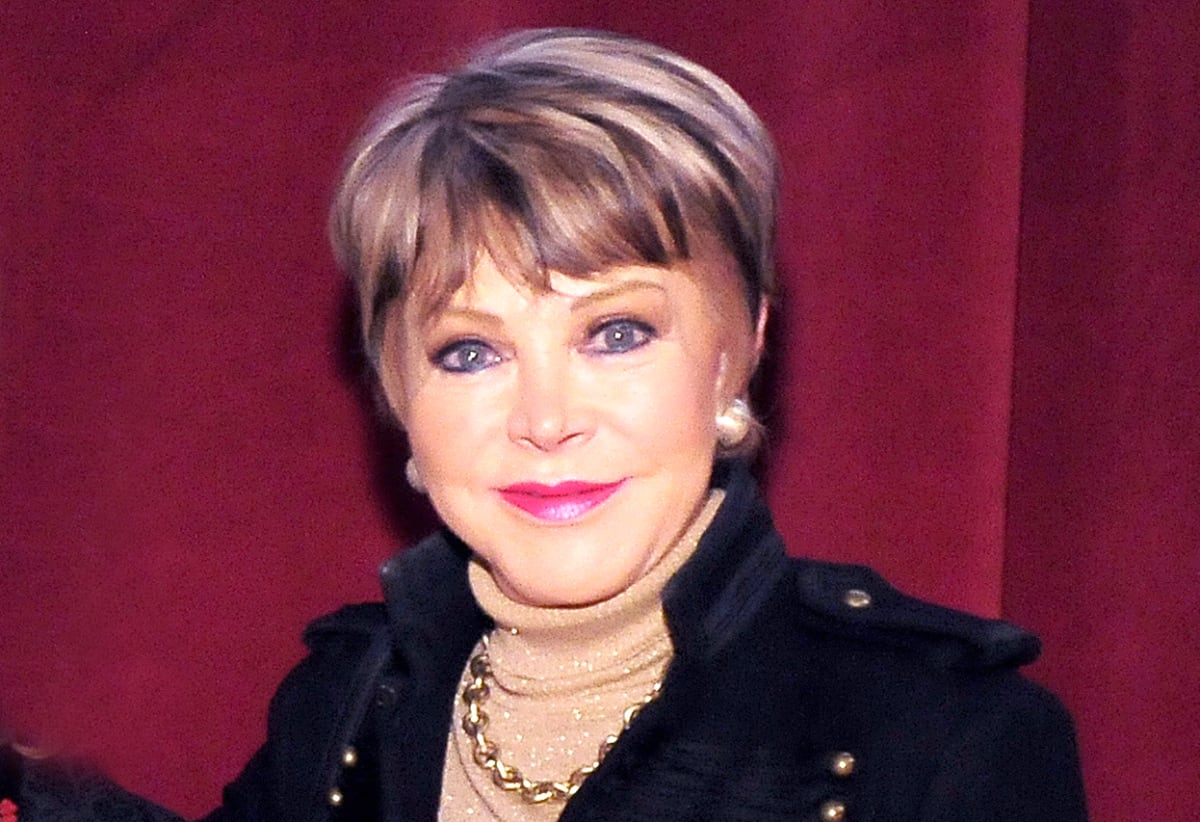 They assure that the journalist Lolita Ayala would have health problems, they say that she would be connected to an oxygen tank and with obvious conflicts to be able to walk, according to information provided by the style Musa news portal. and the page of El Heraldo de México.

It was the journalist Alex Kaffie who made the news known through his column in the Heraldo de México, who reported that sources close to Dolores Ayala say that the journalist is not having a good time in recent days.

In a verbatim way, he wrote the following: “I find out that Dolores Ayala is not in good health. The journalist, who for five decades worked for Televisa News, is unfortunately going through sick days ”.

And then he added about the journalist’s health: “People who met her in Polanco in recent days saw her with a bad face, leaning on two people to walk and connected to a portable oxygen tank.”

He said that the same people commented about the news anchor: ‘”What struck us the most was seeing that she could not take steps on her own”’, so many followers worried about her and commented on the Instagram page by Alex Kaffie.

So far, neither the journalist nor anyone in her family has confirmed or denied the situation, but no further details are available. It is also not known if the oxygen tank is because it was infected with Covid or some other evil.

Lolita Ayala: “WHAT A LITTLE MAD …”

On the journalist’s Instagram account, messages from people began to arrive: “Prompt recovery”, “May she get well soon”, “Blessings to Lolita”, “May God restore her health”, “God bless her and give her healing” .

“May God help her”, “May she get better”, “I really wish with all my heart that she gets better, although once when I wanted to greet her she treated me with the tip of her foot”, “How little m @ … she has @televisa @ noticierostelevisa and the Azcárragas, so many years of service and they paid him so badly. They are ungrateful ”.

“I hope the unrest will pass soon”

Some more people commented on the driver’s situation: “I hope Lolita’s discomfort will pass soon. Who would be the person who collected the garbage that Serrat’s filthy threw away? Then Alicia will be expelled today ”.

The journalist had nothing published in her Instagram account, so her health is unknown and it is expected that these days someone from the family may come out to clarify the situation that is said, she is currently living. Filed Under: Lolita Ayala

Just a month ago, the journalist Lolita Ayala surprised on social networks by publishing a photograph of her youth, where the beautiful journalist and now businesswoman appeared modeling a daring two-piece bikini, while her body and her tiny waist impacted her most of 34 thousand followers.

It is known that the news anchor Lolita Ayala, has always been characterized by her broad sense of fashion, which constantly showed off through the outfits she used every day during the broadcast of her evening news on the Mexican network, Televisa.

And it is that she not only showed it during the broadcasts of her newscast, but also through social networks, where she has announced her new clothing brand, which consists of several printed images of her titled Lolita, which already several fans they have already presumed to have them.

However, there was a photograph on her social networks that undoubtedly caused a stir among users, due to how beautiful and beautiful the 70-year-old driver looked, when she showed her thousands of followers a photo of the memory, where the Mexican presenter showed off her youthful days.

It was through her Instagram account where the journalist published a photograph of her youth, where although she did not state how old she was at that time, her followers did highlight how beautiful she looked in that daring bikini, arguing that it was always beautiful.

In the image, published on August 11, a young Lolita appeared, while wearing sunglasses, her hair short, and she was seen wearing a tiny bikini, which revealed the incredible body she had in her time as a young man, where you can even see her small waist. Filed Under: Lolita Ayala

Quickly various comments began to arrive at this photograph, where Lolita Ayala showed off her daring bikini and her tiny waist, where followers did not miss the opportunity to say how beautiful she looked, and the tremendous body she had, in addition to admiring her career artistic as a journalist

“What a great body, you have always been beautiful, and now more”, “Wow, Miss Lolita is so beautiful”, “Lolia Ayala, how many years of beauty not wasted? You are a great woman, congratulations for being one of the greatest reporters on the planet earth ”,“ Wow, what a great body, she has always been a very beautiful woman, and worthy of admiration ”. It should be noted that, despite the fact that she left television in 2016, the presenter has dedicated herself to her companies and selling her new clothing brand. Filed Under: Lolita Ayala

Someone who did the same with a bikini was Ana Patricia Gámez conquered once again from the beach wearing her charms in a black bikini, but this time she shared a video recording that caused surprise for her followers, as she took her children to the so-called ‘Island of the pigs’ and there were those who were outraged by this fact.

In her Instagram account, the Mexican former television host who recently retired from the middle of the show to continue with her work as a mother, wife and businesswoman, shares what she does daily for her life and the children of the former beauty queen ‘they steal the camera’. Filed Under: Lolita Ayala

“One of the many adventures in the Bahamas. In a new episode of my Podcast Ana Patricia Sin Filter I will tell you all about this trip, what to do to avoid wasting time and money, where to stay and what to visit ”, was the description that the Mexican put in the video where she is going on a trip to the beach.

Wrapped in a sexy black bikini, Ana Patricia Gámez has not lost her sensual figure despite being away from television and although people miss her on the screen, she continues to communicate with her followers through her podcast and her social networks where she shares everything he does, like this time. Filed Under: Lolita Ayala