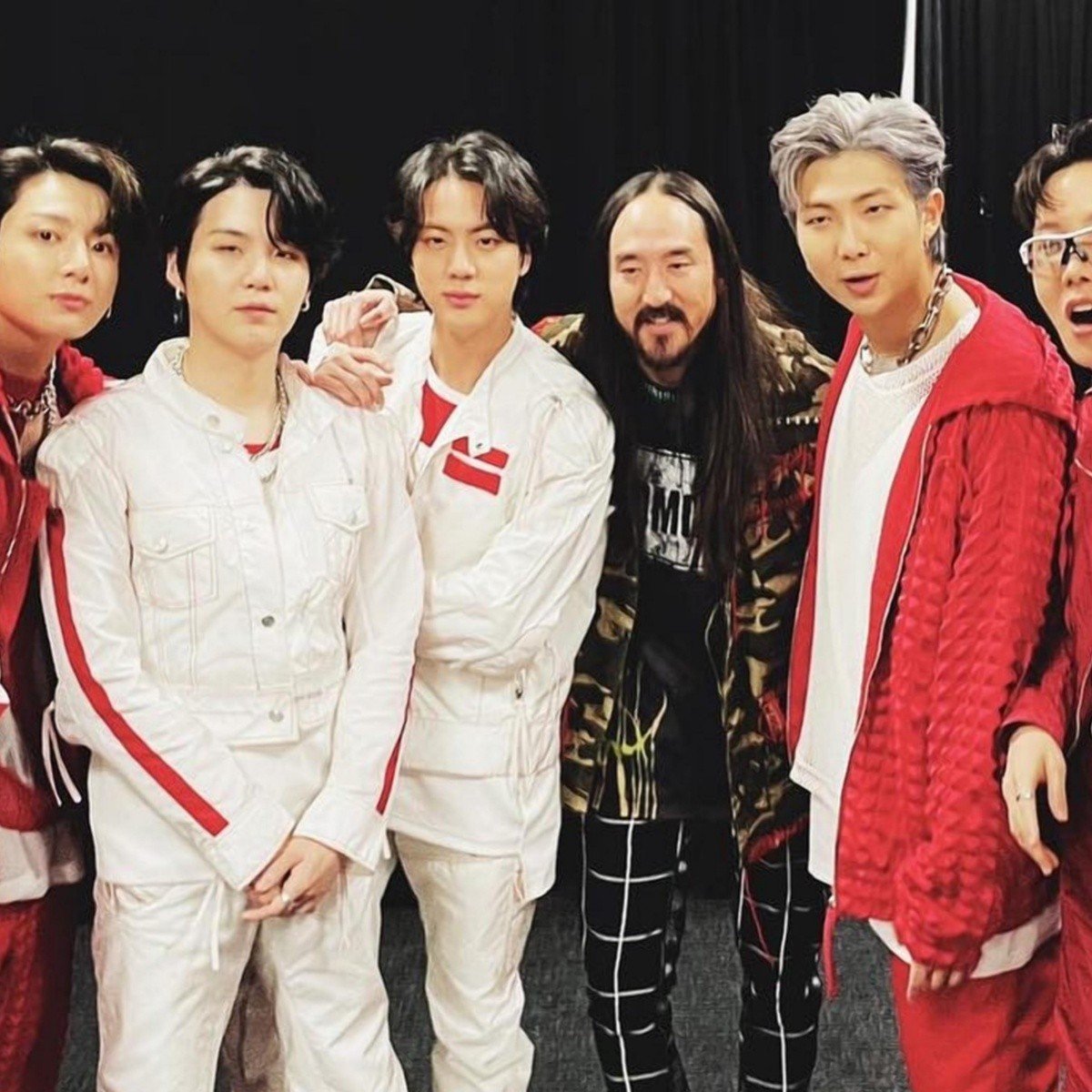 The entire ARMY agrees that one of the best collaborations that BTS has carried out since their debut, has been with Japanese-American DJ and producer Steve Aoki. A few years ago, they released the powerful song “MIC Drop”a B-Side that is part of the fifth EP of the South Korean group, “Love Yourself: Her”.

This collaboration transformed into a great friendship between BTS and Steve Aoki; when they manage to be in the same place, they show the great admiration and respect they feel.

This weekend, Bangtan Sonyeondan started a series of concerts at Allegiant Stadium in Las Vegas, Nevada, United States, as part of your new world tour, “Permission to dance on stage”, shows that every fan longs to attend. Moments before going on stage, they received a visit from their dear friend Steve Aoki, who shared videos and photos of this warm reunion on their social networks.

J-Hope expressed how pleased he was to see Steve Aoki again. “My first American friend,” said Jin. One of the best DJs in the world, he commented that he was amazed to see all “the progression, evolution and everything” that they have achieved.

The Idols remembered another of the collaborations they did, “Waste it on me”. Also, Steve Aoki told “The Bulletproof Boys”, that in each of his shows he continues to play “MIC Drop”.

Later, some photographs were taken for the memory; also Bangtan did the “Aoki jump”. In one of his posts on social networks, Steven Hiroyuki Aoki expressed: “oops, I forgot to wear red and white”, referring to not being combined with the outfits worn by RM, Jin, Suga, J-Hope, Jimin, V and Jungkook.

After greeting BTS, Steve Aoki went to where the thousands of fans were, anxious to see the Idols on stage. The DJ caused great fury when seen by ARMY whom he greeted with great enthusiasm.

Read more: The pleasant meeting of V of BTS with Jon Batiste, will there be a collaboration with the band or for his mixtape?

It is worth mentioning that in various interviews, the DJ only has beautiful words for BTS. “They’re like seven unicorns jumping around the world, blessing everyone with their talent and magic. They have fairy wings, they just float around and drop pixie dust on everyone, they’re genuine and happy and amazing. Very human.”