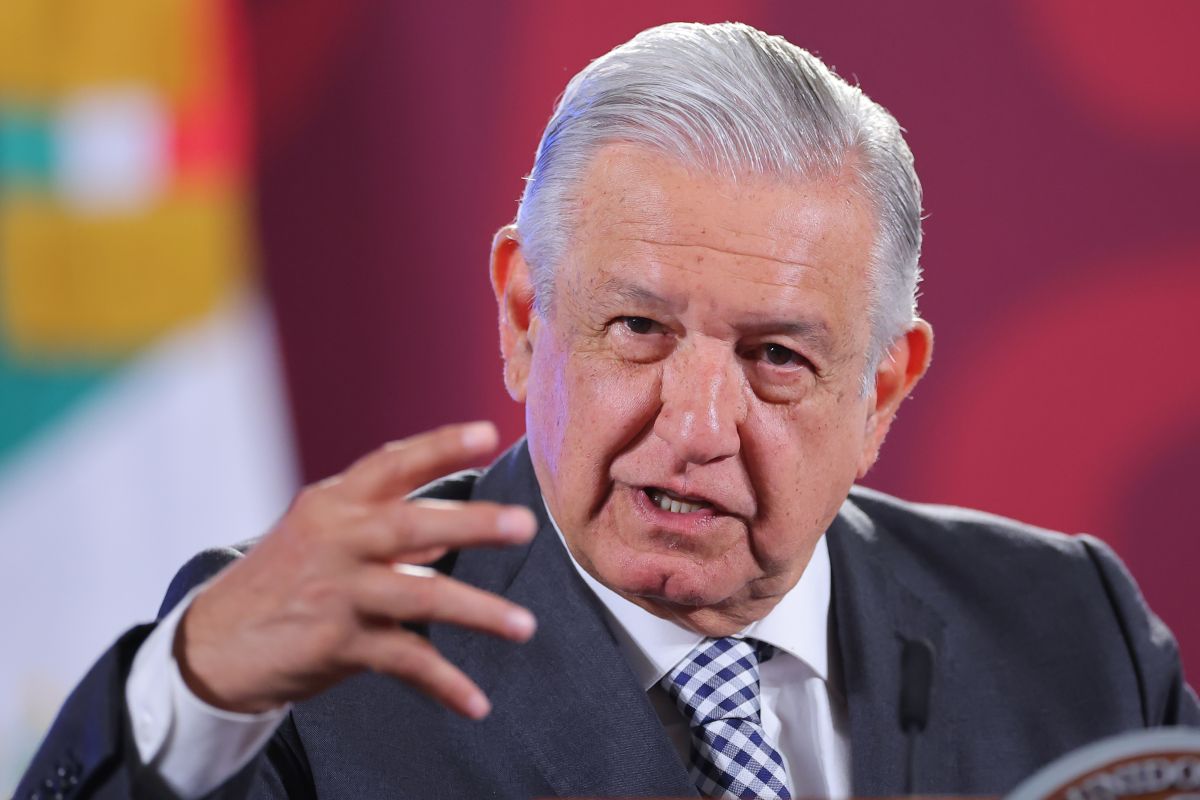 The president of Mexico, Andrés Manuel López Obrador, denounced alleged “interests” behind the violent protests that took place this week for the 43 disappeared students of Ayotzinapa, a case that is 8 years old without being resolved.

“I believe that there are interests that seek to confront us, to discredit the government because the members of Ayotzinapa, the parents of the young people, have been informed of everything we are doing, what happened is being clarified, punishing those responsible” said the president during his customary daily press conference.

The Mexican president referred especially to the activists who have vandalized the Embassy of Israel, blocked main streets, where a police officer was also injured in front of the Attorney General’s Office (FGR).

“Where is the non-violence, the peaceful civil resistance? Hooded, throwing stones, there is conservatism, or what usually happens, that the extremes touch, the extreme right and the extreme left. So of course I do not agree with these manifestations of violence, ”he emphasized.

According to activists and relatives of the victims, this Friday they intend to hold a rally at Military Camp Number 1 in the Mexican capital due to their suspicions about the alleged government cover-up to protect the Army’s participation in these events.

“They want to continue arguing that human rights are being violated and I tell them: no, we are not the same. Also, if you protest, it has to be done peacefully,” AMLO pointed out.