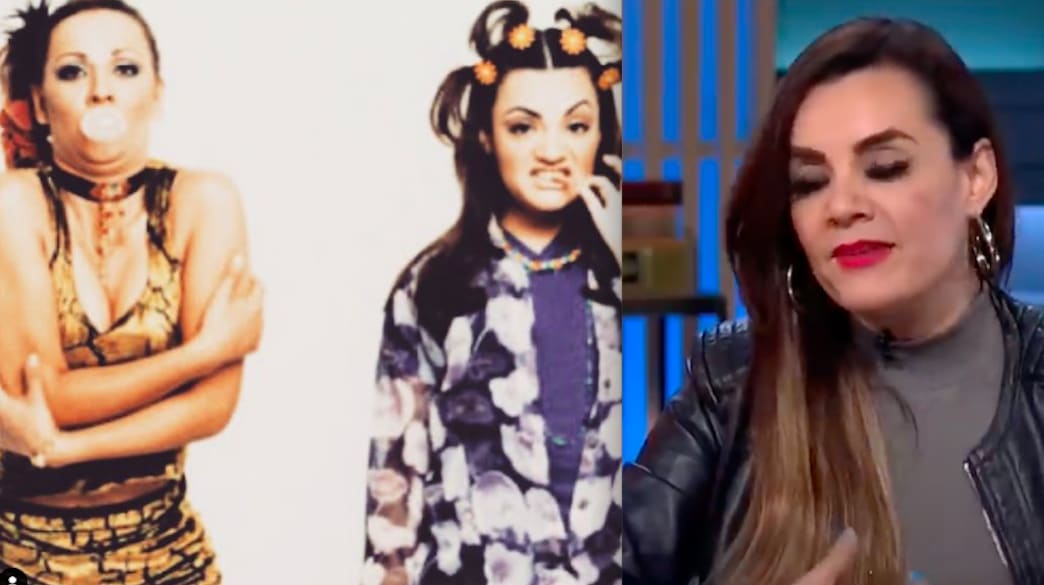 The crisis due to the COVID pandemic, stopped television, theater and music projects and the artists are going through a difficult economic situation, so much so that they must make drastic decisions to survive and now it was the Mexican comedian known as ‘Nacasia’, Lorena de la Garza.

She had barely started her television project, Dr Cándido Pérez, a remake of the famous television program that catapulted Jorge Ortiz de Pinedo to fame in the 90s and now, it is reported that the Televisa project had terrible audience levels and it was canceled with just two broadcasts to the air.

According to information from ‘El Heraldo de México’ Juan José Origel, in his program ‘With permission’, commented on the hard economy that the Mexican actress has at the moment, who has even thought about withdrawing completely from the artistic medium due to the disappointment that caused the cancellation of the show Dr. Cándido Pérez.

‘Nacasia’, partner of Consuelo Duval ‘Nacaranda’, in the Pico Hour, has not appeared in a successful television program within Televisa for years and before the start of Dr Cándido Perez weeks ago, she published excitedly: “Today this beautiful family start a new story. We put all the love with THE SINGLE INTENTION TO MAKE YOU MANY SMILES Thank you @ produccion_pop @ jorgeortizdepinedoficial for this beautiful gift. Thank you @candidopereztv for allowing us to be part of this story ”, in a photo of the cast of the show, without imagining that it might be their last.

‘Nacasia’ in poverty due to tough economic situation

The Televisa production was apparently canceled due to the low rating it reported in its first broadcasts, as it magically disappeared from the time it was in and although the fate of it has not been reported, given the recent scandals of Arath de la Torre, it could not continue.

Economic problems flood Lorena de la Garza, ‘Nacasia’, and she had to put her house up for sale, because unfortunately the COVID pandemic has taken its toll on her due to the lack of projects and job opportunities, remembering that entertainment has been the item most hit.

In the ‘Con Permiso’ program, Juan José Origel was emphatic in saying that Lorena de la Garza is so sad that she even thinks of saying goodbye to her role as a television actress, because she could not with the disappointment of not finding a job or fail with your most recent project.

“It seems that Dr. Cándido Pérez’s program goes off the air, look at it only has two programs and it’s going to come out, do you think? I don’t know what happens, maybe it hasn’t had the success they hoped for. I know how to say very well, but what does make me sadder is that my dear Lorena de la Garza, with this pandemic that we have been through, that we have not worked, that people are so in need of wool, well I tell you that he is so sad that he is going to sell his house, ”said the journalist.

‘Nacasia’ will sell his house and give up television

Faced with the failure of her most recent project, Lorena de la Garza would make the decision to retire: “… She is selling her house because she no longer has money, she is going to retire from show business because no… look, she is selling her house and with the Little money is looking for where in the province to live … Lorenita wait a little while, maybe something good can come out … “, said Juan José Origel.

The journalist sent a heartfelt message to the producers to support the 46-year-old actress and give her a job: “Please gentlemen, producers, call Lorena so that she does not leave us and she is a very talented one, so do not leave us Lorenita, wait a little while, ”concluded Juan José Origel.

Faced with the journalist’s statements about Lorena de la Garza, the comments of the people expressing their support for the ‘Nacasia’ did not wait: “I say something, to any Televisa executive of those who earn thousands and thousands of pesos, ¿¿ Did it occur to you that Candido Perez would be a failure? But if it was evident, the cast was not optimal starting with Arath, the worst actor they could not choose “,”It is not fair that everyone pays because of one, Lorena is super talented and very wasted, give her a novel. Courage Lorena, don’t give up !! ”.

“It’s a shame that they canceled it, more than anything because of the actors like Lorena, Raquel or Marcia who have worked hard, this role comes to them and it took them longer to get it and they already took it away”, “Courage Lorena. Other doors will open! ”,“ So mega talented Lorena, the net ”, they expressed. HERE YOU CAN SEE THE VIDEO OF WHAT JUAN JOSÉ ORIGEL SAID ABOUT LORENA DE LA GARZA

Not all that glitters is gold? Former Mexican actress, Allisson Lozz reveals an unexpected confession regarding the world of television and argues that during her work on soap operas she lacked money, since they were not paid as much as is believed: “You will be surprised that many of my fellow actors and I were very, very poor economically ”.

The world of television is full of happiness, glamor and ostentation, where it has been widely believed that it could be the ideal job for several due to the payment that actors could have thanks to multiple television productions, however, all this can turn out to be a lie and all those ostentations can be a simple farce, at least this is how a well-known former actress of Televisa. Filed Under: Lorena de la Garza ‘Nacasia’ in poverty

Allisson Lozz from a very young age was already positioning herself as one of the youngest promises she had Televisa, and it is that thanks to her various productions for children and youth, the 28-year-old woman was winning over the public thanks to her beauty, talent and sympathy.

However, all this changed when he announced his retirement unexpectedly from the spotlight, being the telenovela In the name of love the last production in which she would participate, leaving all her followers and fans surprised by such an abrupt decision, since for them, she was at the peak of her artistic career. Filed Under: Lorena de la Garza ‘Nacasia’ in poverty

“The money they gave us was very little”: Allisson Lozz reveals an unexpected confession on television

After this, it was the news portal People in spanish where an unexpected confession was made known by Allisson Lozz, where he unmasked the true face that the world of television had, arguing that really all that wealth that is said to have from the artists who work on soap operas is false.

According to the portal, it is stated that the former protagonist confessed that her colleagues did not really earn enough as many viewers believed: “You will be surprised that many of my fellow actors and my family and I were very, very poor economically”, began in your statements. Filed Under: Lorena de la Garza ‘Nacasia’ in poverty

“You were not earning anything”, Allisson Lozz reveals an unexpected truth about the world of television

After this, the former Mexican actress, Allisson Lozz, would not end there, since later she would reveal that when they paid rent there, all the money was going to them, despite working and even being the protagonists of television productions, and that really all the wealth that was believed to have from them was completely false:

“We paid rent, viles and the apparent luxurious life that an artist leads, made the little money they gave us go there”, confessed Alisson Lozz, who is currently away from the artistic world being a mother and selling beauty products from a brand recognized cosmetics. Filed Under: Lorena de la Garza ‘Nacasia’ in poverty

“And you couldn’t ask for more money, since for them you weren’t indispensable” Allisson Lozz reveals the true face of television

Given this, Allisson Lozz confessed that you could not really live only from soap operas, since you also had to do other jobs to really earn something: “If you did not do external commercials, you really did not earn anything,” revealed the native of Chihuahua for her social networks .

The former actress also confessed that all these truths about the world of television could not be told through the screen, since that ‘could ruin the glamor’ of this sector, also confessing that many of her fellow actors from the soap opera To hell with the handsome, who were just as young, at that time paid rent. Filed Under: Lorena de la Garza ‘Nacasia’ in poverty Some images of this note come from the following video