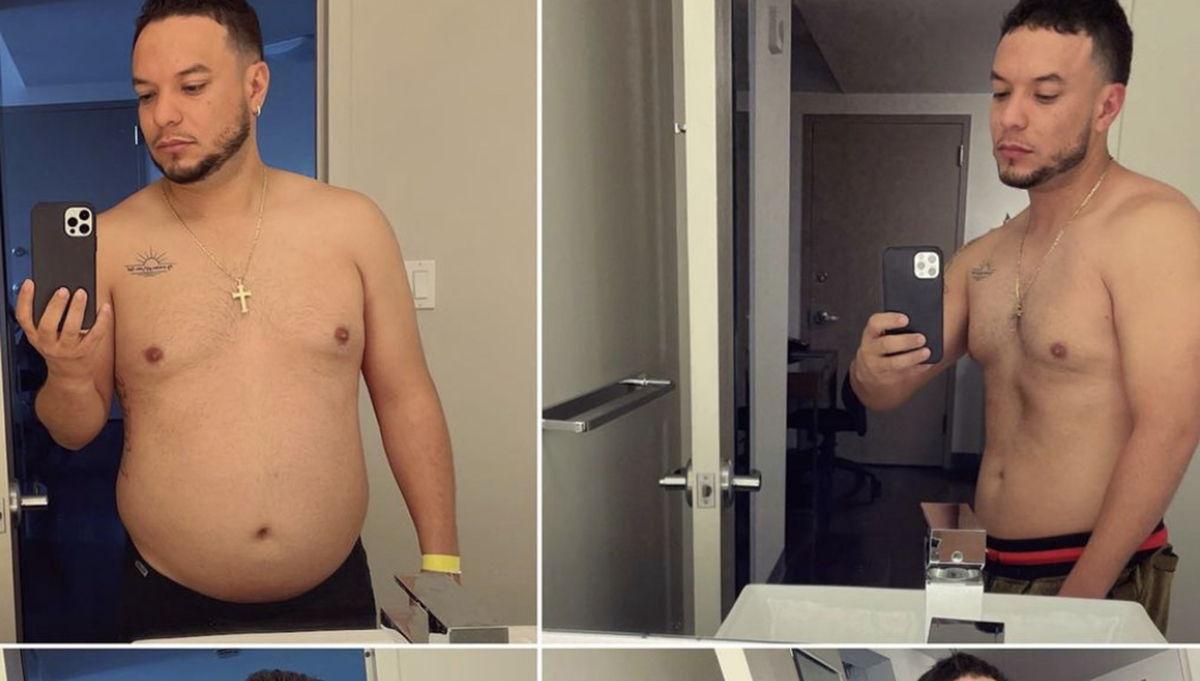 Lorenzo Méndez with the Adamari López effect, incredible how he lost weight thanks to ‘Así Se Baila’… The singer himself shared the effect that the more than 13 weeks had on him on the Telemundo reality show.

Not only the intense hours of rehearsal, dance, exercise, but also healthy life, free of any excess you have had in the past and even with a proper diet.

How do i do it? With discipline, perseverance and the great support of her friend and dance partner, Jessica Díaz, who not only participated by his side in ‘Así Se Baila‘, but was also his confessor, her cloth of tears and her drive to a better life.

Lorenzo shared his change in shocking before and after photos with the following message:

“I invite you to believe in yourself, in loving yourself, in focusing on yourself. Get out of your comfort zone and see life differently. This is just the physical that has changed in me. My mental chip was changing and that is the most Chingon💯🔥 # 2022 GET READY IM coming for you. You see… even when I lose I win… .Lorenzo 2.5 ″.

We compare Lorenzo with Adamari, because also the reality judge, we not only see her more and more in silhouette, but also fulfilling what was promised: having a healthy life based on the part of food, exercise and the spiritual part , and, for now, singleness.

LOOK HERE THE SUPPORT JESSICA HAS GIVEN LORENZO:

• Who is Jessica Díaz, the woman who returned peace to Lorenzo Méndez?

• Lorenzo Méndez and Jessica Díaz after the kiss: “We are more than friends”