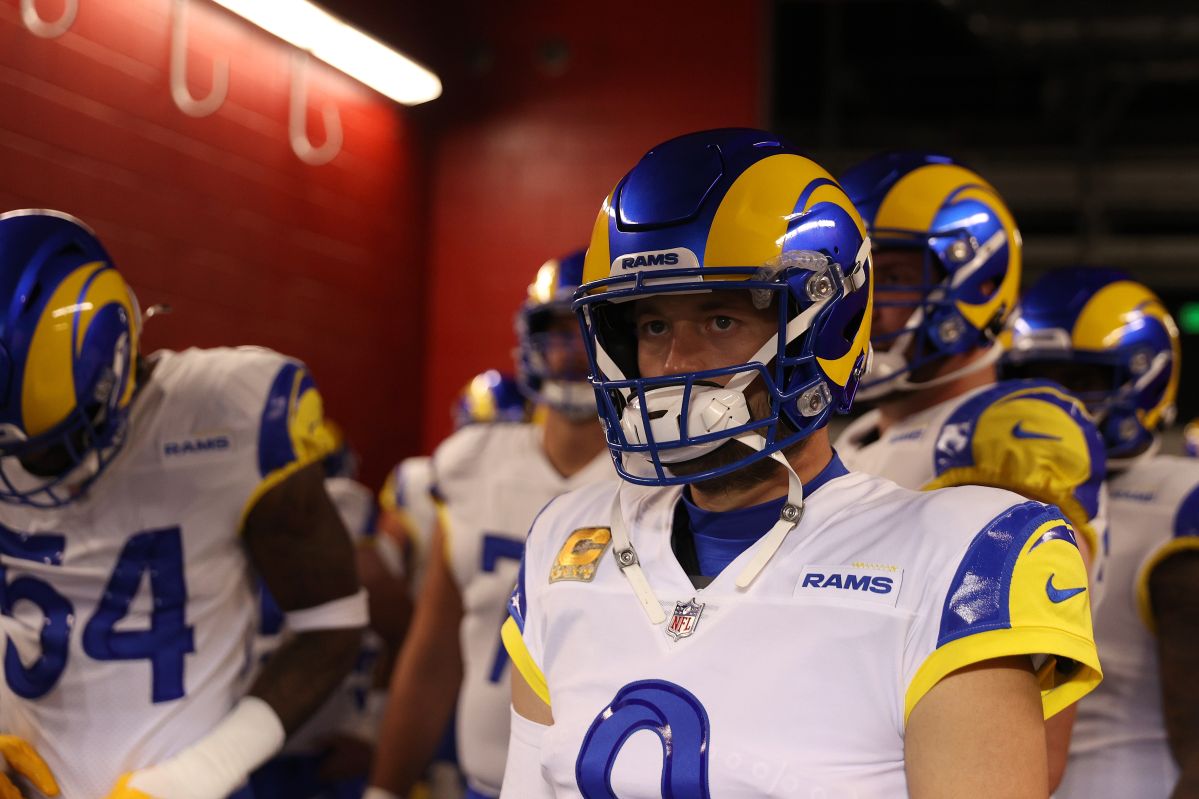 Los Angeles Rams eliminated the Super Bowl LV champions, the Tampa Bay Buccaneers, on Sunday with a score of 30-27 and will play the final of the National Conference of the NFL against the San Francisco 49ers.

The Rams, monarchs of the West, return to the duel for the NFC title after the one they played in 2019 against the New Orleans Saints.

The Buccaneers, second best offense in the league and owners of the National South, got stuck in their attempt to reach the NFC championship for the second consecutive year despite being led by Tom Brady, top winner of Super Bowls in the NFL.

with Los Angeles, matthew stafford, the most intercepted passer in the season with 17, performed outstandingly in the game that ended with 366 yards, two touchdown passes, a rushing TD and no interceptions.

His rival Brady, 44, the season’s leading scoring quarterback with 43, finished the game with 329 yards, a TD, an interception and was sacked three times.

In the first quarter the Rams took a three-point lead on their opening drive and stretched the lead to 10 on their next drive that culminated in a pass into the end zone from Stafford to tight end Kendall Blanton.

Tampa Bay’s offense suffered in its first-half offenses due to the absence of injured lineman Tristan Wirfs, which left Brady under intense pressure.

Before the break the visitors extended the difference with another field goal to 20-3, while the line that protects Brady could not avoid the first sack on Brady, who one play later suffered an interception by safety Nick Scott.

An error that the Rams could not capitalize on with a touchdown, 15 seconds from the end of the first half, because their running back Cam Akers released the ball at the Buccaneers’ 2-yard line.

in the third quarter Los Angeles kept the roller on the home defense; they set up a 72-yard drive that ended with a personal play by Stafford to pull away 27-3.

Back on the field, Tampa Bay’s offense crashed for the ninth straight series with the wall put up by the Rams after an offense that ran 62 yards and settled for a field goal to cut it 27-6.

A Copper Kupp fumble inside their 30-yard line fueled hope for the home team as they finally got a touchdown on a Leonard Fournette run that made it 27-13.

In the fourth quarter Brady connected with Mike Evans to pull within 27-20 and they tied it 27-27 on another rushing score by Fournette.

On the last drive of the duel, Stafford hit a 44-yard pass with Kupp that left the ball ready for kicker Matt Gay to score the game-winning field goal, 30-27.

It is cheaper to go to Qatar: Up to $ 100 thousand dollars can cost a ticket to the Super Bowl