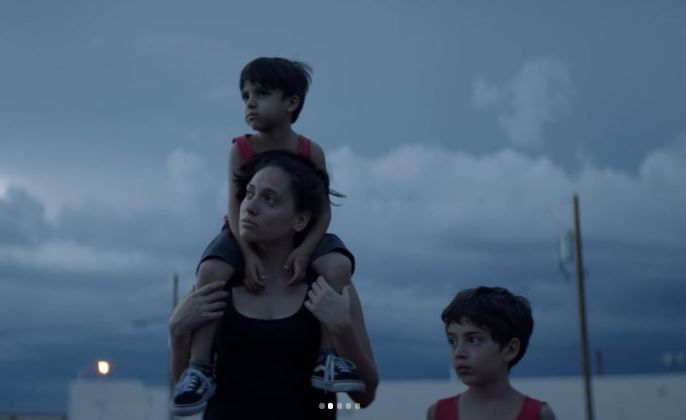 The mexican movie The Wolves, directed by filmmaker Samuel Kishi Leopo, was nominated for the Goya Awards 2022 in the category of Best Ibero-American Film. The Mexican production is competing for the award with three other films.

The Spanish Film Academy released the list of nominees for the prestigious award that will celebrate its 36th edition on February 12, 2022. Subsequently, the Mexican Academy of Cinematographic Arts and Sciences (AMACC) reported on the nomination of the film The Wolves, through his Instagram account.

“It is a pleasure to announce that The Wolves, directed by Samuel Kishi Leopo, will represent Mexico at the 2022 Goya Awards, being nominated by the Spanish Film Academy in the category for Best Ibero-American Film, ¡Auuuu! ”, wrote the AMACC.

Among the films that also received the prestigious nomination for Best Ibero-American Film are las movies Siamese, directed by Paula Hernández, the Peruvian representative; Song with no nameby Melina León and The mountain range of dreams, Chilean tape.

The Mexican movie cIt tells the story of two children who are taken from Mexico to the United States by their mother in search of a better life. While in Albuquerque, the infants begin to explore the neighborhood where other migrant families live, through the window of their apartment.

“They listen to the stories, rules and English lessons that she leaves for them on an old cassette recorder, they build an imaginary universe with their drawings and yearn for their mother to fulfill her promise to go to Disney World”Describes the film’s synopsis.

The Wolves He also received 13 nominations for the Ariel Award in 2021. In this regard, the director wrote a heartfelt message from his social networks: “HWe made this film with a lot of love and I am moved that these recognitions can give greater visibility to the work and the work of the collaborators who fought in all the processes for it to exist. And nothing, well, I’m going to toast and scream with happiness, “he said in writing on his Instagram profile.

On the other hand, the actor Jose Coronado and the actress Nathalie Poza They were responsible for publicizing all the candidate titles in the different categories. Before, Mariano Barroso, President of the Academy of Motion Picture Arts and Sciences of Spain, gave his opening speech.

The 2022 edition of the Goya Awards will be the first in its history that it will not have a main presenter all night, but there will be different pairs of presenters that will carry out the event. Furthermore, lto movie The good boss it swept all the nominations, reaching the number of 20 in total.

The nominations are: In the category of Best film: The good patron, Clara Roquet’s Freedom, Parallel Mothers, Maixabel and Mediterranean. In the Best Direction category, the nominees are: Fernando León de Aranoa, for The good boss; Manuel Martín Cuenca, for The daughter; Pedro Almodóvar, for Parallel mothers and Iciar Bollain, by Maixabel.

In the category of best leading actress, the nominees are: Emma Suárez, for Josefina; Petra Martínez, for Life was that; Penelope Cruz, for Parallel mothers and Blanca Portillo, by Maixabel. Best Leading Actor: Javier Bardem for The good boss; Javier Gutiérrez for The daughter; Luis Tosar by Maixabel and Eduard Fernández for Mediterranean.

Goya Awards 2022: meet the nominees, day of the ceremony and the Latin American representatives