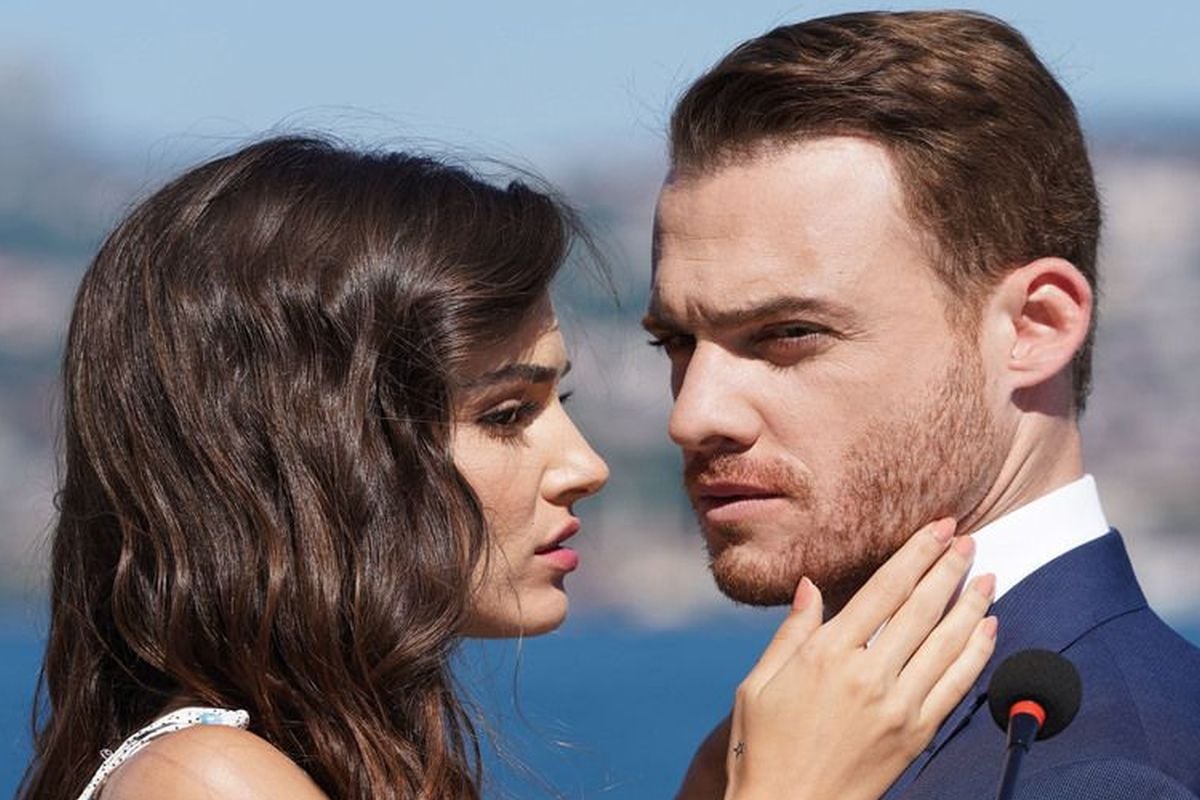 Turkey’s most popular couple broke up? Turkish media have reported that Hande Erçel and Kerem Bursin, the protagonists of the successful soap opera “Love Is in the Air”, have ended their relationship of almost two years, but they have not spoken about it. What are they doing now?

MORE INFORMATION: Hande Erçel and Kerem Bürsin, did they really end their relationship??

“Love Is in the Air” was the place where the love between the two actors was born, who today have become very famous artists and recognized by fans of Ottoman dramas.

Their romance was confirmed in April 2021, after being discovered while on vacation in the Maldives. Since that time they had become one of the most solid and popular couples, but what has happened now. How are you doing after the rumors of your separation?

WHAT DO HANDE ERÇEL AND KEREM BÜRSIN DO AFTER THE VERSIONS OF THEIR SEPARATION?

What happens in the lives of Hande Erçel and Kerem Bürsin? The media have mentioned that the HanKer duo has separated and different reasons have been circulated behind this supposed separation.

Hande has decided not to comment on the rumors of the separation with her boyfriend Kerem Bürsin. A few days ago, on January 26, 2022, she uploaded a selfie with her niece Aylin Mavi Yıldırım on her Instagram account and captioned it with “Mv&tyz”. And according to fan accounts, Hande spent the weekend at her sister Gamze Erçel’s house as seen on the Instagram Stories Gamze shared. The actress also uploaded a photo on January 30 in which it can be deduced that she is painting, another of her passions. She appears petting her dog and has a brush in her hand in a studio, where a painting is visible behind. In another snapshot she also appears with a pet, but this time in her car.

The actor Kerem Bürsin, meanwhile, after the versions of his separation has not shared anything on social networks. Many fans were concerned about his disappearance, but on January 29, he was seen in the background of another person’s Instagram video leaving the gym after kickboxing. On January 19, he shared an announcement from BMW Turkey, where he is the German producer’s image. It was announced a few days ago that the actor will be one of the protagonists of a Disney movie, in which he would share intimate scenes with Demet Özdemir, who does not get along with Hande Ercel at all.

WHY DID HANDE ERÇEL AND KEREM BÜRSIN SPLIT UP?

The leading couple of “Love Is in the Air”, according to the Ottoman media, would have separated in the last week of January 2022. Takvim reported that the close circle of Hande Erçel and kerem Bürsin had already been informed of the end of the relationship by part of the actress who told them that “There is no turning back. Everything is over”.

On the other hand, another clue that confirmed this information is that Hande Erçel went to Sapanca to celebrate the birthday of her older sister, Gamze, and did not attend her boyfriend’s birthday. This detail did not go unnoticed, especially in the fans who realized the distance.

Some Turkish media, such as Hurriyet, point to Demet Özdemir as the culprit in the separation of Kerem Bürsin and Hande Erçel, and even who would have caused one of the couple’s strongest crises a few days ago. And it is that the actress and Kerem will share leading roles in a new series. This would have upset Hande.

WHO IS HANDE ERÇEL?

Hande Erçel is a Turkish actress and model. She has won two Golden Butterfly Awards and is known for her leading roles in Aşk Laftan Anlamaz, Güneşin Kızları, Halka, and Sen Çal Kapımı.

Hande started her modeling career and in 2012 she managed to become Miss Turkey. Later she realized that she liked acting and began to channel her path in that field. Little by little, she gained popularity thanks to her participation in various series, where she stood out for her talent, beauty, and versatility.

WHO IS KEREM BÜRSIN?

Kerem Bürsin was born on June 4, 1987, in Istanbul. Today 33 years old, Bürsin moved to the United States when he was 12 years old and some time later he graduated in Communication and Marketing, although he always knew he wanted to be an actor, a profession to which he devoted himself completely when the time came.

In the United States, he appeared in some productions, but he only achieved recognition when he returned to Turkey and joined the world of soap operas. What was his first show? “Güneşi Beklerken”, in 2013, where he played Kerem Sayer. Since then he has not stopped until he became the fashionable actor of his native land.

As for his personal life, although it has not been confirmed, some media indicate that he would have resumed his relationship with his ex-partner, also an actress Serenay Sarıkaya, with whom he had had a three-and-a-half-year affair.