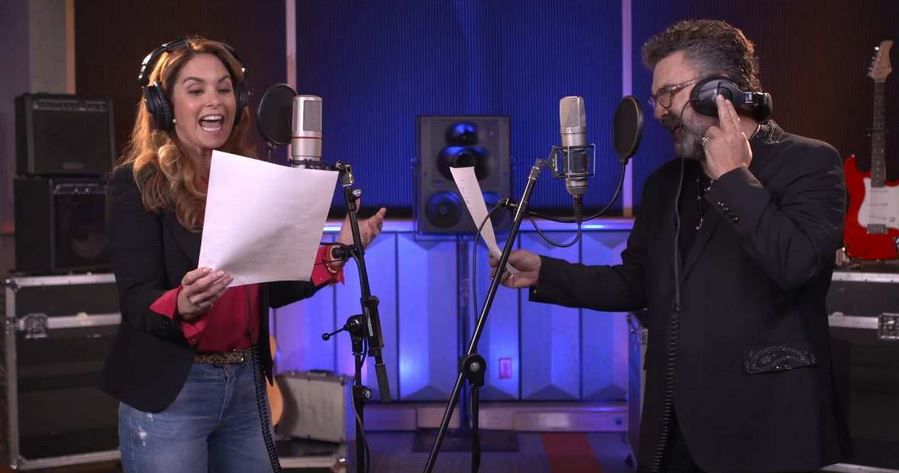 The singers have also worked on the program “Los Retardores” (Photo: Las Estrellas)

Lucero and Mijares, once again, left their differences behind and gave a special concert to welcome 2022. The singers, once husband and wife, invited their daughter Lucero Mijares to show off her talent in the amazing show.

The event could not have chosen a more important venue than the beaches of Acapulco, Guerrero. In previous days, Mijares announced that he would be performing with his ex-wife only once in that place. “We invite you to experience the most spectacular New Year’s Eve party in Acapulco, enjoying the best concert of 2021 with Lucero and all our hits,” wrote the singer of “Soldado del Amor.”

In a promotional video, Lucero highlighted that it was an unparalleled show since they sang the best of both repertoires and shared dinner with all the attendees. “It’s going to be unforgettable. We are going to enjoy the farewell of the New Year,” said the Mexican singer.

The show, which soon became a family reunion, was held at a prestigious hotel on the Acapulco coast. Through her Instagram stories, Lucero gave some details about how the event was experienced. In one of the posts, she showed the imposing stage where they sang.

The moment became unrepeatable when Lucerito, the daughter of both singers, entered the stage. The family performed some musical pieces, among which Mijares’ original “Para Amarnos” más stood out. According to those attending the New Year’s Eve party, this was one of the most special memories of the evening.

The show was applauded for combining the best of both singers’ careers. Contrary to what is common in this type of concert, Lucero and Mijares performed together throughout the recital to offer a unique show.

To welcome 2022, Lucero and her daughter dressed elegantly in designer dresses. For her part, the singer of “Como tú,” “Vete con Ella” and “No me Hablen de él” wore a neat white dress, while Lucerito Mijares stood out with a printed garment in different colors.

“It was a spectacular night! Thanks to everyone who joined us for this show. It was great! May this New Year be full of blessings for each of you. Millions of kisses,” Mijares wrote on his official Instagram account, along with several photos.

It is worth mentioning that this joint concert became a tour. Lucero and Mijares joined their talent to tour several cities in Mexico and the United States. They called their tour “Hasta Que Se nos hizo.” The performer gave more details about her upcoming events with her ex-partner via her social networks.

“This tour has surprised critics and shows the professionalism of both singers by joining again in a special show that undoubtedly marks a very important event in their career,” reads the statement.

In addition, the singer explained that she would continue to upload videos to her YouTube channel. The content titled “Mucho Que Contar” will continue to be broadcasted during 2022. The first installment will arrive on January 4 at 1 p.m. (Mexico City time). “Mucho Que Contar” is Lucero’s podcast, where she tells several anecdotes and stories she has experienced throughout her career as a musician.

Despite the fact that Mijares and Lucero ended their marriage more than ten years ago, the musicians have proven to have a very strong friendship in support of their daughter’s upbringing. Not only have they sung together, but they have even worked on the same TV show, El Retador.

Both have resumed their love life. On the other hand, Lucero is in a relationship with Michel Kuri, a businessman and relative of Carlos Slim. A couple of weeks ago, it was reported that Manuel Mijares is having an affair with Lupita de Vega, the sister of the owner of the Bravos de Juárez soccer team.