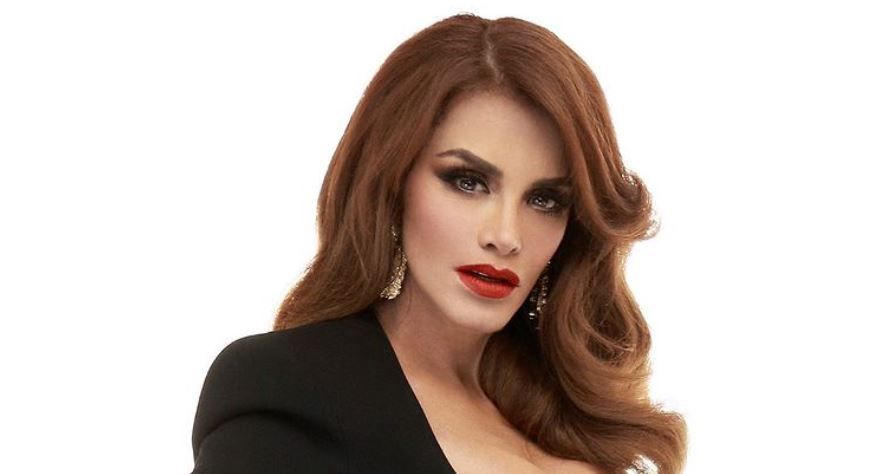 It was a few years ago that Lucía Méndez surprised the public when she revealed in an interview an event that many classified as implausible. They even doubted the veracity of the statements of the Mexican actress and singer, who assured that, in a live performance of Madonna, the American singer was upset with her.

Lucia stated in 2016 that the Queen of pop got mad because the soap opera diva did not want to stand up at one of her concerts in Miami. According to the protagonist of Colorina, the singer could not bear that the public in the first rows did not get up to dance to her songs:

“I went with my ex-husband, the Cuban, to see her. We sat down and suddenly everyone starts to stop because Madonna came out to sing“, Then revealed the famous. But it was because the Mexican decided not to stand up during the concert of the interpreter of Material Girl that she was upset with her and even sent her a security element.

At the request of the guard, Lucía explained that she would not get up due to an injury. However, with the insistence of the individual, the soap opera actress had to warn her that she would call her lawyer if they continued to pester her: “I’m gonna call my lawyer”, she expressed.

“Her knee was hurt by the spinning, I did not heat well and then it was inflamed. I didn’t want to go to the concert because I felt bad”, explained Méndez about the injury that prevented her from standing up during the Show of today’s 63 years  old singer. “It bothered her that I was sitting with my husband (…) ‘I’m Madonna, how dare you do this,'” she added.

Then, the protagonist of El extraño retorno de Diana Salazar assured that despite the singer’s attempts – who even went directly to her asking her to get up – to do her bidding, she did not give in: “There came a time when I despaired of Madonna. I’m an artist too and somehow I don’t shield myself, even if I’m Madonna“, she finished.

Since these statements were released, Lucía Méndez had been the victim of disbelief and even public derision on social networks by people who claimed that she was exaggerating the situation.

But now, a video has emerged on TikTok, showing an excerpt from an old Madonna documentary. In backstage scenes, we can see how the singer from Like a Virgin expresses in front of her staff her annoyance at seeing bored people not getting up from their seats while giving them “dirty looks”.

In Madonna’s documentary, dating more than 20 years ago, she reacts annoyed with her production team because “industry people” sat in the first two rows of the concert, and they were all bored with her presentation.

“You lied to me,” she tells her team, “you told me that there would be no one in the middle in the front rows and it was full of them, they sat there giving me their dirty looks and with their arms crossed,” he mentioned.

“They made me bitter, they sat there with their arms crossed… it was distracting me and it was so depressing for me. Having two rows of people acting as if they weren’t having fun… there were three rows of assholes and then an empty space”, she expressed in the audiovisual material.

And although it is known that this video was captured during a presentation in Los Angeles, Lucia’s fans linked the events with her statements about what Madonna saw from the stage and how annoyed she was when she noticed that people weren’t enjoying her Show.

In the video, which up until now accumulated more than 200 thousand views and exceeds 13 thousand reactions, the followers of the 66-year-old actress tagged her with messages that connect the facts: “Now I totally believe you, diva”, “Madonna confirmed that she gets hysterical when they don’t praise her. Reason to believe Méndez”, “It is true that Madonna is a neurotic, so Lucía Méndez was not exaggerating”, are some of the messages that were sent to the Mexican, who at the moment has not reacted.