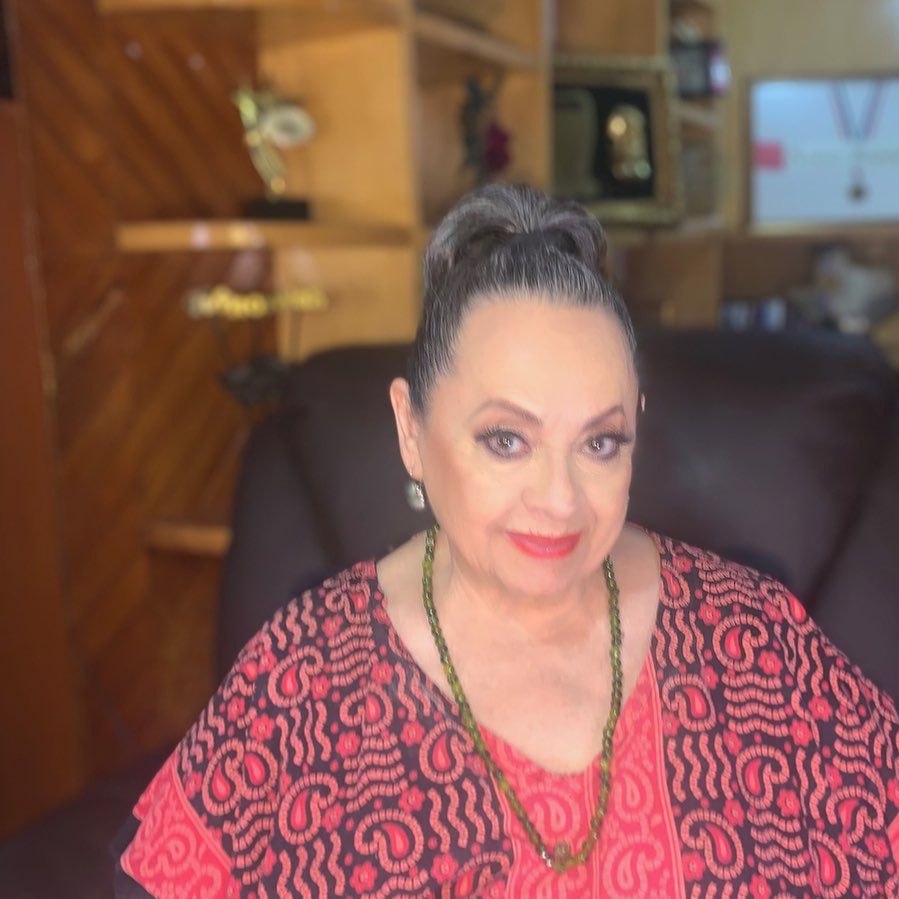 Lucila Mariscal revealed the difficult times she has faced due to financial problems caused by her ex-partner, who scammed her.

On December 25, 2021 it transpired that Lucila had to undergo emergency surgery because she suffered a severe fall that led to her hip being injured and her umbilical hernia She needed to be urgently treated, but that would not have been the only thing that ailed her at that moment, but her financial situation.

In an interview with The sun rises, The actress revealed that her accident has caused her to feel emotionally bad, because the activities with which she managed to distract herself, now she can no longer perform them, because everything has become complicated after the surgical intervention.

“Has been painful and annoyingBecause when something hurts and you want to stop to go somewhere else, you can’t. The hardest and most terrible thing I’ve ever had is not being able to cook, that that distracts me a lot … I mean, it’s incredible, what cooking and singing is, that I also can’t do it a lot because I make an effort with my stomach, so that’s frustrates me, makes me feel uncomfortable“, He said.

As reported, Lucila will have to be under medical supervision for at least two months so that her recovery treatment can continue with a new surgery, now on her hip, this time to be able to put one on her. license plate since his bone is very worn.

At the moment when the protagonist of Lencha, the vigilante She mentioned the plaque that will be placed on her hip, she also spoke of the financial problems that afflict her, after having had “a lot, a lot of money.”

In addition to how difficult her day-to-day life has become due to health problems, she is also going through a very bad economic situation because of her ex-husband, Julian Gallegos, who at the time not only violent, but also he ordered her to pay her family’s expenses.

“He stole from me, I was a godfather completely, he took a house from me in Tabasco, and then another there crossing the Grijalva River, and then another for his little sister, who was very poor! What was my fault? … unfortunate, drug addict (…) he used drugs and beat me “

Before she had taken her money, Lucila claimed to have gone to the ATM and saw that she had at least 30 million pesos, besides that “I was walking with the rolls of bills in my bag.”

Since much of his earnings and savings were taken by him, Mariscal now has to survive with the help of foundations for seniors and always up to date.

Lencha is now home after being hospitalized for 11 days due to her accident, which occurred while she I was walking by his house and one of the sticks with which it is supported will slide. Although at first it was believed that fractured hip, this diagnosis was discarded when the pertinent studies were made. His representative announced that he had an umbilical hernia for years, but that with the fall it worsened, being about to explode.

This surgery took place on December 28 and the expenses were borne by the National Association of Actors (ANDA), but it will be necessary to seek financial support since the intervention to his hip and the plate could amount to approximately 70 thousand pesos.

“He took me to a motel”: Lucila Mariscal recalled that she was drugged and abused at age 16