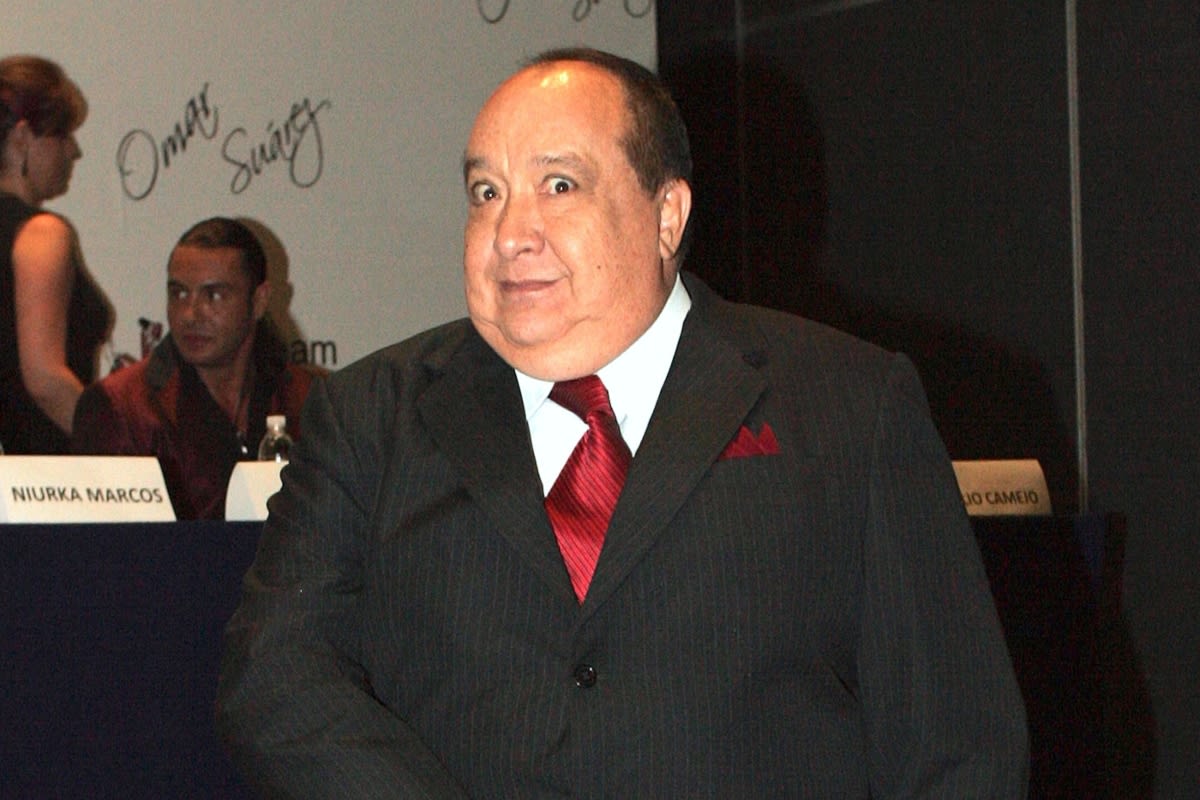 What was missing. Due to not having the necessary resources to perform a hip operation in Monterrey, Nuevo Léon, where he suffered a spectacular fall last Wednesday, Luis de Alba, “El Pirrurris”, was taken by ambulance to Mexico City to be operated on.

According to information from Reform, the family of the 76-year-old Mexican actor and comedian made the decision to undertake a road trip of 10 hours on average because they did not have the necessary and economic conditions to face the situation. His transfer was paid for by “a guardian angel.”

They ask for help with hospital expenses

Relatives of Luis de Alba opened a petition on GoFundMe.com to ask for support from family, friends and the general public, as they estimate that medical expenses will amount to more than 400 thousand pesos: “Everyone has had economic crises due to the situation we are in. going. We are not the only ones or the last, ”declared his wife, Abigail de Alba.

“Yes we are in a somewhat complicated situation, and an accident of this nature, with these costs to be able to rehabilitate Luis so that he can walk again, very important expenses are required. We do ask for collaboration. A GoFundMe page was opened, it was made by Luis’ eldest son, in the United States ”.

They are not ashamed to ask for help

The wife of the Mexican actor and comedian Luis de Alba, who accompanied him on the move, added that she is not embarrassed to ask for help, since it is the current situations that have harmed the economy, like that of many other families.

“We do not live in Monterrey, so it is more complicated for me for reasons of stay, economic and everything. The family really is in Mexico City, I feel more sheltered there ”, shared Abigail de Alba in an interview.

At the edge of 2:30 p.m. last Thursday, the actor left the San Jorge private hospital, on Ruperto Martínez street, in the Center of Monterrey, Nuevo León, to undertake a trip to the medical center where he will be operated on in the Capital .

“El Pirrurris” came out on a stretcher, conscious and hoping that everything will go well in his operation. After his mishap, on Wednesday night, he was first taken to the University Hospital, and hours later the family decided to change him to San Jorge, where he received care from a traumatologist.

He is “a little more resigned”

“Luis is already a little calmer right now, a little more resigned to the situation. Surgery has not yet been done. We are determined to take him to Mexico City to do it, ”added Abigail de Alba, the actor’s and comedian’s wife.

“He already had a prosthesis on his right hip, but with the fall he hit exactly the right side and fractured his femur. The procedure is to change the prosthesis and they are going to put a plate to readjust the femur that remains ”, he added.

How did the Luis de Alba accident happen?

Luis de Alba visited Monterrey this Wednesday, and at night he was promoting and attending a couple of interviews: “He was doing an interview, and leaving that program we were going to others, and Luis told us’ let me go to the bathroom before leave. ‘

“Unfortunately, when it was time to enter the bathroom, he did not notice that there was a step. “He opened the door thinking that the floor was even, so to speak, and when he couldn’t find it, he lost his balance and fell,” explained his wife Abigail de Alba in an interview.

Relatives of the comedian receives support from several celebrities

After the accident of the actor and the economic precariousness that the family is going through became known, friends of the artistic milieu joined the cause: “We have received a lot of support from all the comedians from Monterrey, from Mexico City. , from Guadalajara”.

“The truth is that we have had many angels who are supporting us right now, thank God,” shared Abigail. He was in the private hospital San Jorge for almost two days, but the actor’s wife said they could not stay in the city any longer.

“Carrying out the surgery here would have been a lot more expensive too. Right now they have only had him in pain therapy to have him sedated, no major expenses have been incurred ”, he assured. Doctors informed the family that De Alba was fit to travel.

“It is an ambulance with all services for anything. Outside of his hip, which is fractured, he does not have any other health problems, so the transfer is much easier ”, concluded Abigaíl (With information from Agencia Reforma).

He had to cancel his presentations

The Mexican actor and comedian Luis de Alba did not let much time pass, after having suffered a severe fall, so he had to be hospitalized in an emergency, to clarify things and that rumors did not start to spread.

“I hereby see the need to make a pertinent clarification regarding various media that have published that my health has been affected due to a mishap that I had during an interview in the city of Monterrey, where as a result of a fall, it led to a periprosthetic fracture of the right femur ”.

In this same statement, the Mexican comedian shared that he would remain in a hospital in Monterrey, Nuevo León, to have the corresponding studies carried out, although he would later be transferred to Mexico City.

“I hope it is not more serious than it appears. Through my press office, I will keep you informed of the results, I appreciate your concern, sending blessings to the public and friends who have been concerned about my health, “he concluded.

The Pirrurris, his best known character

Luis Alba García, better known as Luis de Alba, was born on March 7, 1945 in the city of Veracruz in Mexico. He began his artistic career doing radio soap operas, and later, he made his television debut in the program El Show de Eduardo II, by Eduardo Manzano, El Polivoz.

In that show, he had the opportunity to improvise with the other actors, so one of his characters, El Pirruris, immediately became very popular, which earned him his own television show and dabbling with Mexican film stars .