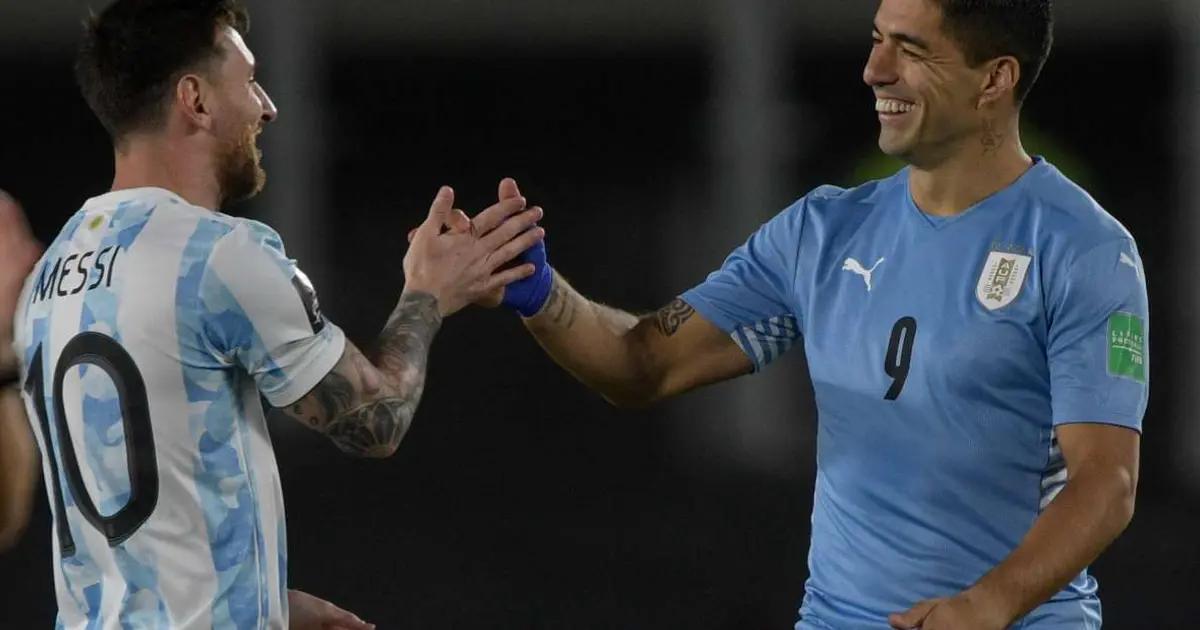 Argentina and Uruguay were two of the top three teams in the Conmebol qualifiers for the Qatar 2022 World Cup. Now, with the tournament already underway, both stars of their respective national teams have set to work to lead each match.

Currently, the Albiceleste is one of the favorites to reach the final in Qatar and, why not, to lift the cup with Lionel Messi, who is in a very good moment at a soccer level, without forgetting that the whole squad has also given back the illusion to the fans.

Uruguay, on the other hand, at the time of playing in a World Cup, usually changes the chip to become a tough opponent to beat. Because of this, Luis Suarez has made it clear that it would be a dream if he plays in the final against Lionel Messi’s Argentina.

“Since my first day in Barcelona, I had a great relationship with Leo, it would be a dream to face my great friend in the final,” said Luis Suarez in an interview with The Mirror.

The “El Pistolero” (The Gunslinger) will take part in a new World Cup starting this Thursday, when the “Celeste” will debut against South Korea, after which they will have to face the tough Portugal of Cristiano Ronaldo and finally, Ghana.

It is important to highlight that Suarez formed a great group of friends in his experience in the old continent’s football along with Lionel Messi and Neymar Jr. The three South Americans were nicknamed the “MSN” and until then, their friendship is more than impeccable.

Now, two of them are the favorites to win the World Cup and Suarez himself has made it clear that his team is ready to fight for a place in the final, and what better way to experience it than against the best player of all time.