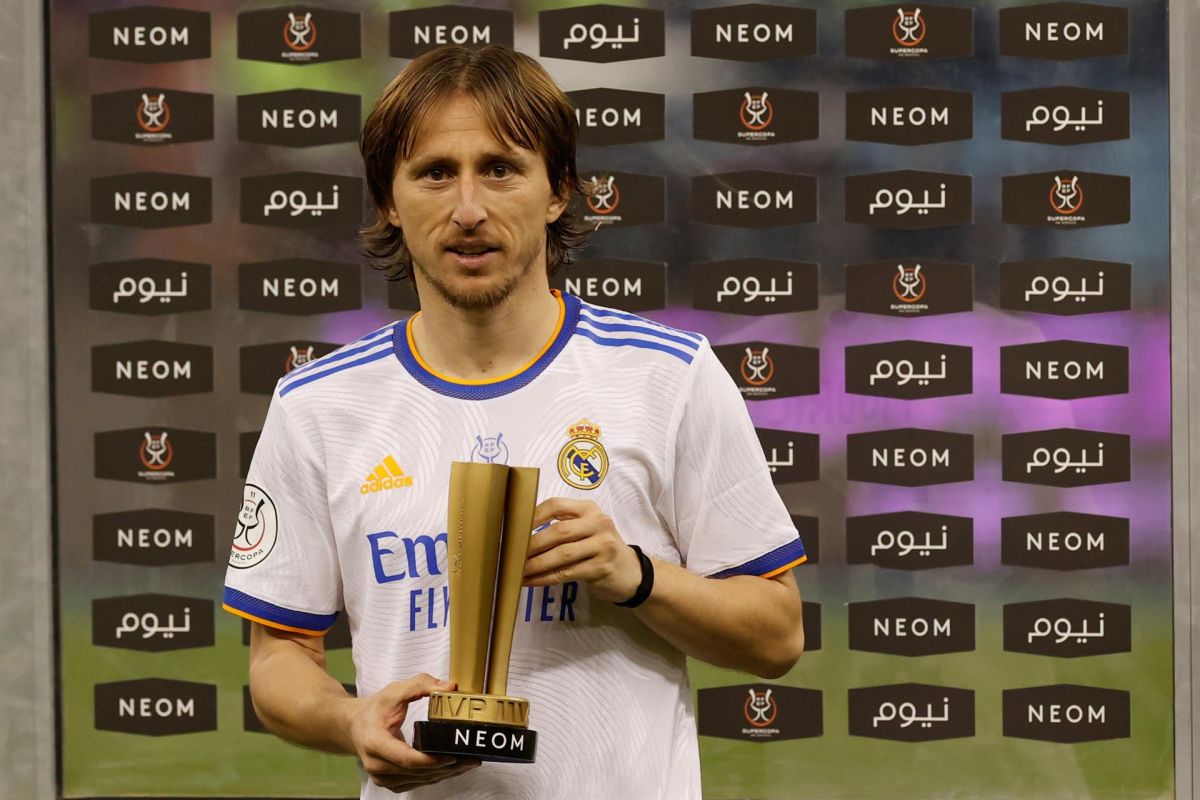 The designated as ‘man of the match‘, the Real Madrid midfielder Luka modric, said He doesn’t get tired of “winning” and that he is “enjoying football like never before” after beating Athletic Club 0-2 in the final of the Spanish Super Cup, played this Sunday.

“Every trophy at this club is very big. I’m very happy for this first title of the season, but we haven’t done anything yet. I hope we win some more title“, the white player added in this regard in the press room of the King Fahd International Stadium in Riyadh (Saudi Arabia).

“I feel good physically and mentally, for me the important thing is to continue doing things well and help the team win titles“, explained the Croatian international, who did not want to get wet about whether his current version is better than the one from 2018, when he won the Ballon d’Or, after Florentino Pérez considered him the best midfielder in the world.

About one of the debates of this Spanish Super Cup, the Barcelona and Real Madrid way of playing, Modric was forceful. “I do not agree that we are a team that defends and goes on the counterattack. It seems that some have 80% of the ball and we have 20% and it is not like that, things are more even. But here the important thing is to win”, he sentenced.