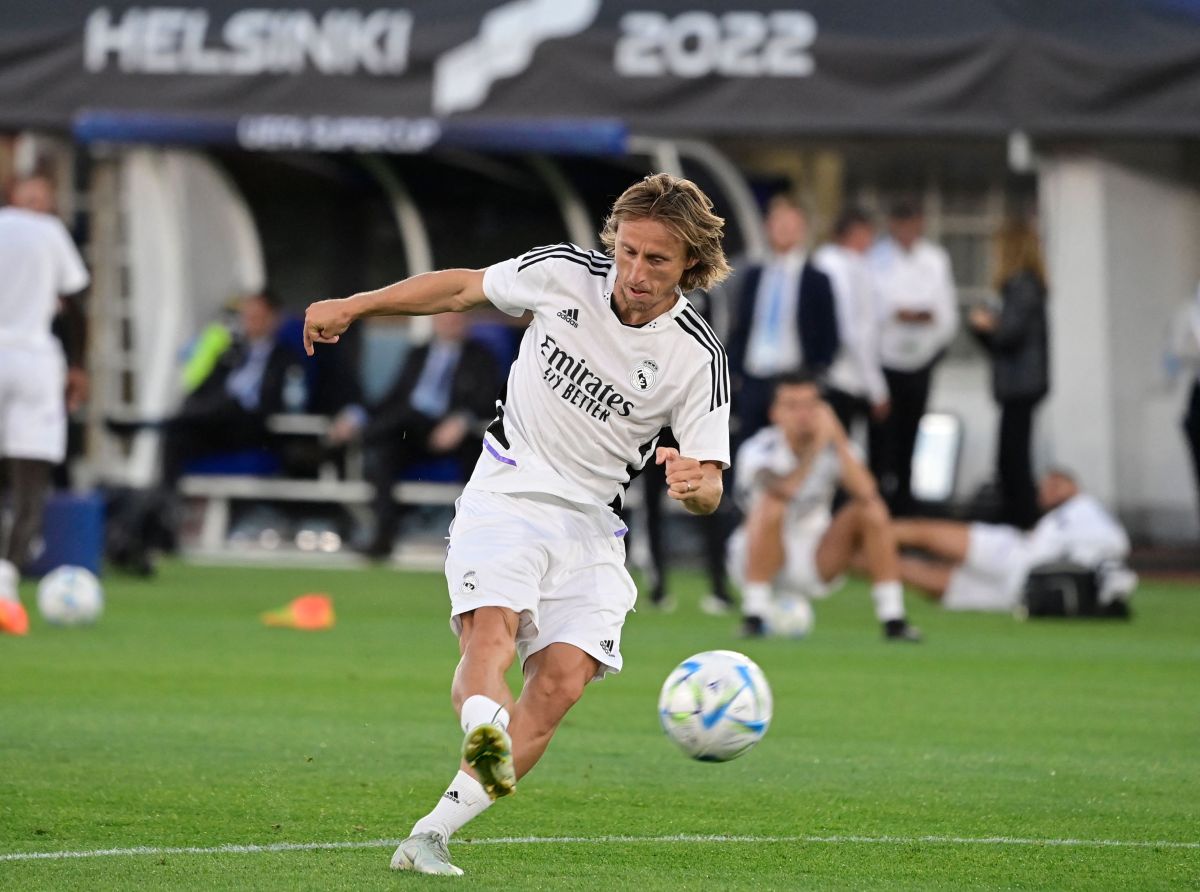 the croatian Luka Modric, Real Madrid midfielder, was confident with his team’s chances ahead of the European Super Cup this Wednesday in HelsinkiFinland, against Eintracht Frankfurt, since he considers that they have had a “good pre-season” and hopes that his words will be proven on “the pitch”.

“It has been a difficult road, but at the same time very beautiful. We are really looking forward to tomorrow’s game. It’s the first trophy of the season, we’re looking forward to the match, we’re going to give it our all. We’ve had a good preseason and I hope we show it in the game”, he said at a press conference in Helsinki.

“It is very important for us to start the season with a title. I remember the defeat against Atlético… but we are here to win and start in the best way”, he added.

“We have a very good squad, we are prepared to have a good season. We’re going to give it our all, like every year, and see where we get to at the end of the season. To be at this level you have to work and dedicate yourself a lot to this profession in the field and also outside. It’s what we’re doing,” she expanded.

A Luka Modric who turns 37 just in a month, was a fundamental piece in the three titles won by Real Madrid last season -Supercopa de España, LaLiga Santander and Liga de Campeones- and he still sees himself strong enough to continue in the elite.

I don’t see anything different this year. I’ve always said that age doesn’t matter, what you do on the pitch matters and that’s the most important thing. You don’t have to look at the age, I feel very good playingI talk to the coach every day, but we haven’t talked about what I’m going to play”, he said when asked if the fact that the World Cup is in November changes his plans to be able to arrive more rested.

“The coach knows that I like to play, I feel good playing, I want to give my best to the team in all aspects. A World Cup in the middle of the season doesn’t change anything, I have to be prepared, train well and be available to the coach“, complete.

Modric appeared at a press conference together with Ancelotti and Benzema and had a few minutes to dedicate himself to praising the French striker.

“It’s not just because of what he’s done now. I remember that when I got here I didn’t know him that well, but you start training with him and you see that he is a unique player, different, an impressive talent.. I’m glad that now everyone recognizes what I knew for a long time, she appreciated.

“From him I would take the goals that I lack and he has plenty,” he joked to end his speech.