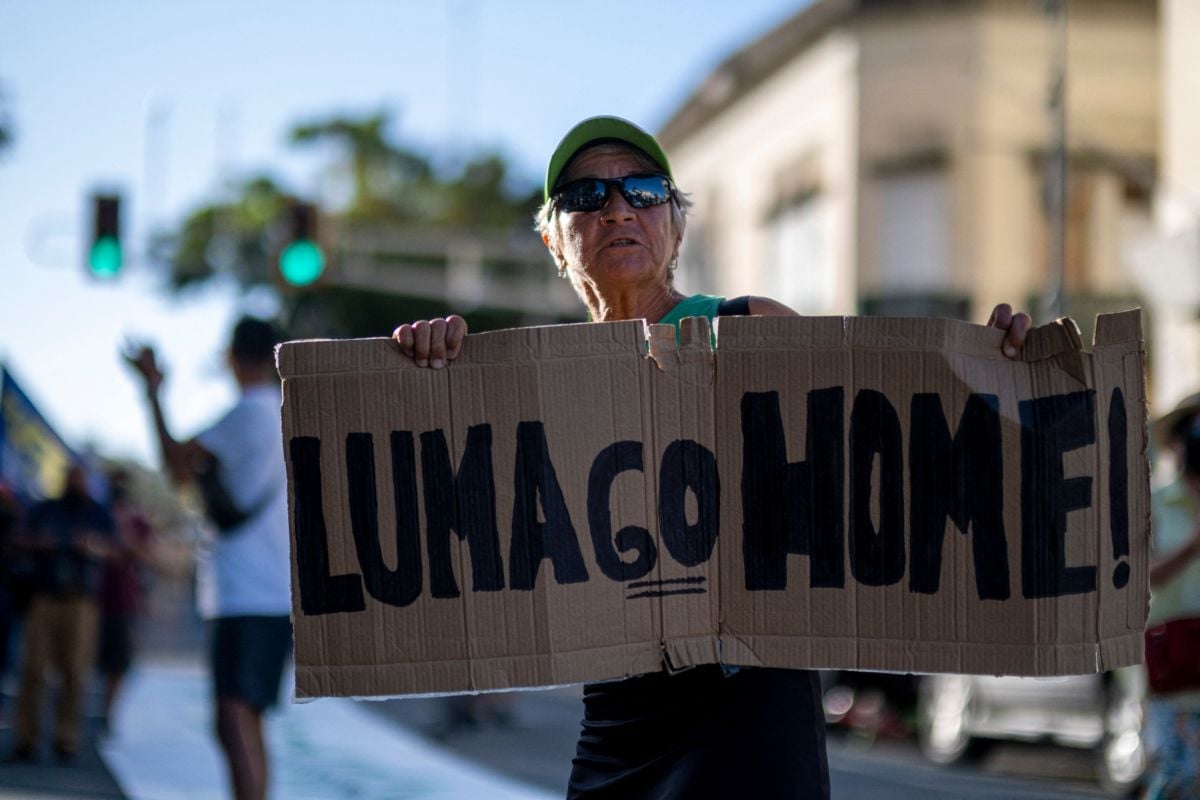 SAN JUAN – Luma Energy, in charge of the transmission and distribution of the energy network in Puerto Rico, affirmed that the blackout of last day 6was correlated by “negligence and mismanagement” of the past operators of the system.

This was made clear by Luma, chaired by Wayne Stensby, on Tuesday to the Puerto Rico Energy Bureau as part of its preliminary findings of its investigation into the blackout at the Costa Sur plant in Guayanilla (south) that left 1.5 million customers without light.

Luma, together with the Electric Power Authority (AEE) – a state company in charge of generating the electrical system on the island – managed to restore the energy network in the early hours of the 10th.

“The magnitude of the April 6 event serves as an important reminder that Puerto Rico’s electrical grid is incredibly fragile and is only as strong as its weakest link,” Stensby said in a press release.

“This major outage event, which has frustrated and deeply impacted many of our customers, is typical of a power grid that has suffered from years, if not decades, of neglect and mismanagement,” the Canadian businessman emphasized.

Luma’s report details key preliminary findings, including a timeline of events, an overview of damaged equipment, a summary of Costa Sur’s power plan, and important next steps in the ongoing investigation.

Given this, Stensby said that with the findings of his investigation, they will be able to know how to work “all together to identify the actions that must be taken to prevent an interruption of this scale from happening again.”

Luma’s report further indicates that upon completion of the evidence collection, there will be an analysis of all data, including an independent forensic analysis.

This “complete and exhaustive” analysis, according to Luma, will take weeksand the findings and conclusions of the root causes of this event will be made public and provided to all relevant parties.

Luma reported that the blackout occurred on April 6 at 8:42 p.m. (02:42 GMT) Wednesday, when oil switch (OCB) #0082 failed to close during an attempt to connect Steam Plant Unit #5 to the power grid. Costa Sur, operated by PREPA.

While Unit #5 was synchronizing with the network and during the breaker closing operation, the breaker experienced a fault, which caused damage to Bus #6 located in the immediate vicinity of the breaker in question.

Due to the breaker failure, the 230-kilowatt circuits at the Costa Sur substation had to be opened to clear the fault, which disconnected the EcoEléctrica plant in Peñuelas (south) from the grid.

This then caused a series of subsequent interruptions that turned into a total blackout of Puerto Rico’s electrical system.

The exact cause of the oil switch failure is still under investigation.

PREPA maintenance records for oil switch (OCB) #0082 indicate that the maintenance was current and had been repaired in March 2020.

PREPA’s recommendation in the latest report was to commission the switch and next switch maintenance by 2023, based on industry standards, Luma said.

“Get out Luma”, Puerto Ricans protest in the streets after a massive blackout that still has thousands of residents in the dark