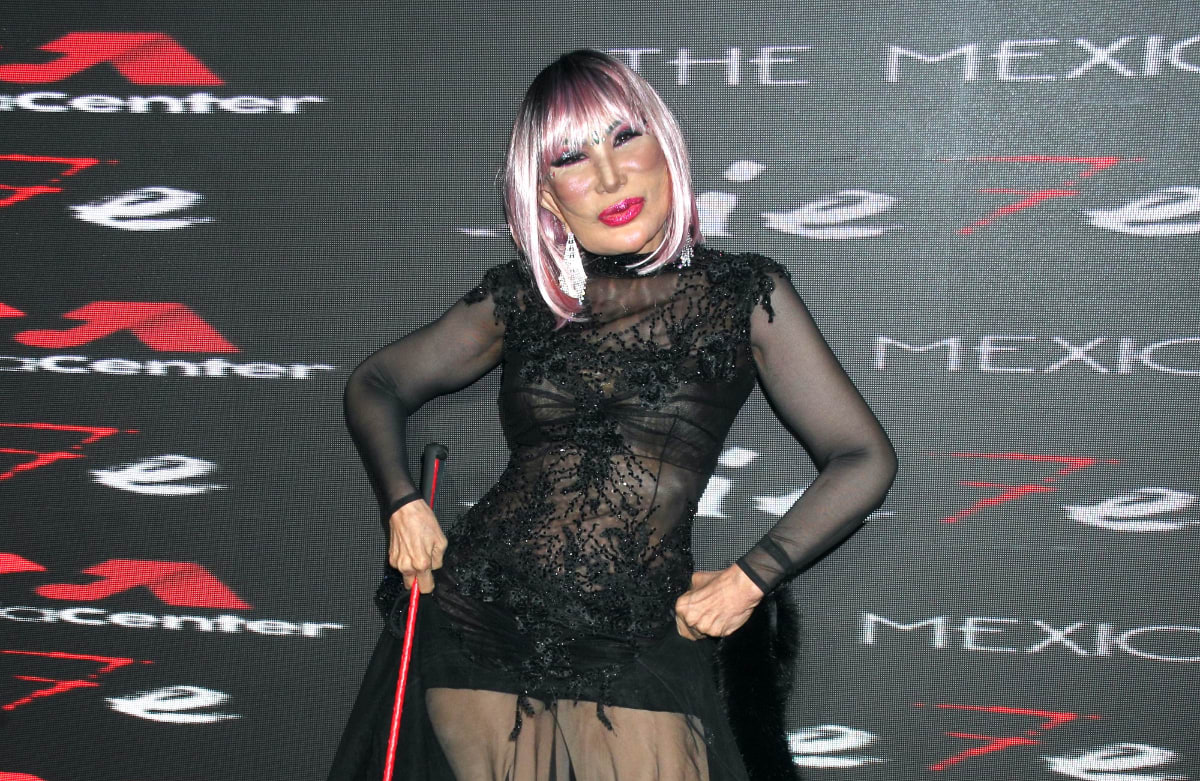 Finally, after several days of announcing the arrival of her great love, the star Lyn May shows in a photo and video the face of her baby and ends with rumors on the subject with the supposed father, the singer Markos DI, this to through his official Instagram account.

However, the famous dancer did not get much positive response, as some haters did not hesitate to take the opportunity to throw all kinds of criticism, for the news, but still, she showed happiness at all times.

The publication has been so successful that until the morning of this Wednesday, August 25, 2021, it already exceeded 31,800 views and had more than 150 comments, which we will show you below for your opinion.

It was at the beginning of August that the flamboyant 68-year-old vedette of Mexican origin reported with a simple message and an image where she looks quite happy, that she was in the happiest stage of her life, since although many believed it impossible, In the following months she will become a mother with her partner and now Lyn May shows a baby photo.

WEEKS AGO GOD THE NEWS

It turns out that Lyn May announced that she is just over 3 months pregnant, a news that has gone viral in the world of entertainment. He announced it on his Instagram account with a photo with his partner, singer Markos DI, who is worth 30 years younger than her.

“I am very happy to announce that I am 3 months pregnant and @ markosd1official is very happy that it will be a father,” was the official announcement where the Mexican star gave the surprising news in her Instagram post. Filed Under: Lyn May Shows Baby Photo

But immediately the public began to receive criticism: “What pregnancy is that? How many months is he born in 16 months? ”,“ They lick the exorcist ”,“ this is not true ”,“ I don’t believe it ”,“ well when he is born in December or January. Specify the date well. Because there are two senses. On December 1, 2022 or January 12, 22 ”.

Some more commented on Markos DI’s son: “Are you sure it’s a baby?”, “And the belly?” he found a way ”,“ you don’t feel sorry lady for putting such things so false ”,“ an alien ”. In an interview in Ventaneando, he said everything he has suffered from his disfigured face, to see the video click here.

However, the people had no mercy on her and continued with the offenses: “That echo is the belly full of shit …”, “Congratulations grandmother”, “all thanks to Aztra Zeneca”, “here is something strange, the date of course he gives him the accounts or he already knows what he is going to do prematurely ”.

“That old woman is so ridiculous that she is attracting attention to gain followers. Do not stop her”, “she is a beautiful dinosaur”, “hey and take out your beautiful face like you (emjojis laugh)”, “I hope your baby gets that cute little face like your slanted eyes and airport cheeks ”. Filed Under: Lyn May Shows Baby Photo